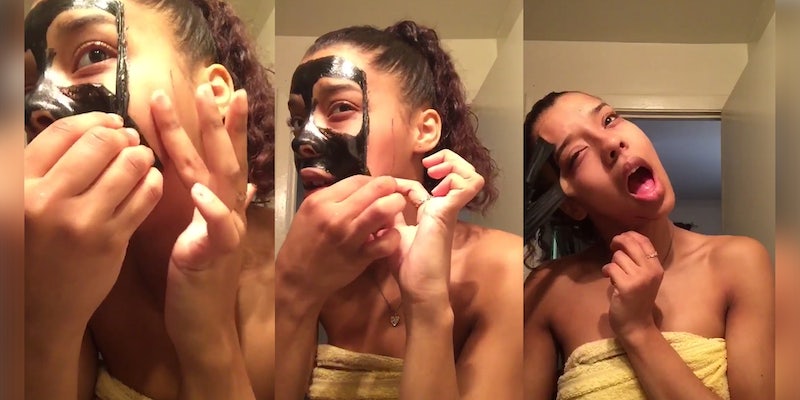 What happens when a Maryland teen attempts to take off a face mask that’s been drying for 60 minutes? Her pained reaction goes viral.

After spending over two minutes pulling off a face mask, Glen Burnie, Maryland, teen Cachet Raynor’s video—posted Tuesday—has over 10,000 retweets as of this writing.

With multiple breaks to relieve the pain and countless yelps, it’s obvious the mask was a tad too tight.

I WILL NEVER DO THIS SHIT AGAIN pic.twitter.com/6hFIrFfGed

Raynor says she used a Pil’aten Suction Black Mask that she ordered online. Following the instructions of leaving the mask on for an hour and avoiding her eyebrows and lips, you’d think it would be smooth sailing from there. At least she came out with even smoother skin.

“I actually didn’t think the video would go viral, I was just being silly,” Raynor tells the Daily Dot.

Despite the pain, and this being her first time using a face mask, Raynor says she would use the mask again because she liked the results.