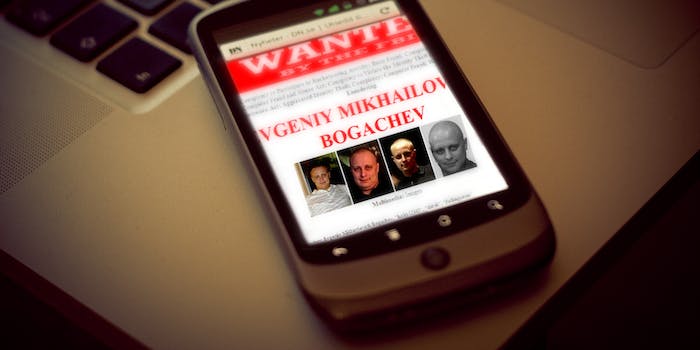 Finally, a crackdown on the scourge of Russian boater-hackers.

The U.S. believes it has shut down one of the world’s biggest botnets, and identified its author as Russian boating enthusiast Evgeniy Mikhailovich Bogachev.

The FBI and Department of Justice announced Monday that they’d successfully cracked a trojan virus called Gameover Zeus, or GOZ, responsible for creating a botnet out of computers around the world. GOZ spreads by convincing users to visit malicious sites, often through phishing emails. Computers infected with GOZ often passed on users’ financial information back to the hackers who created the virus. Victims of GOZ also often found themselves at the mercy of ransomware, in which a computer locks up until a user pays up a fee. The FBI said ransomware victims paid roughly $30 million over the course of just Sept.-Dec. 2013.

“GameOver Zeus is the most sophisticated botnet the FBI and our allies have ever attempted to disrupt,” FBI Executive Assistant Director Robert Anderson said in a statement. The FBI said it was a joint effort of 10 different countries.

A federal grand jury in Nebraska had previously found that GOZ was the handiwork of a user who goes by lucky12345, and indicted him with a host of related charges, including conspiracy to to commit bank fraud, identify theft, and hacking charges. But it took until Friday for authorities to issue a criminal complaint that named Bogachev, who the FBI says owns property in the Russian city of Krasnodar, and was last to known to live Anapa, a town on the coast of the Black Sea.

Bogachev now sits at the top of the FBI’s collection of Cyber’s Most Wanted, joining a group of Chinese military hackers that the U.S. charged in May, the first time the U.S. had charged members of a foreign military with hacking crimes.

Photo by Johan Larsson/flickr (CC By 2.0) and via the FBI | Remix by Fernando Alfonso III