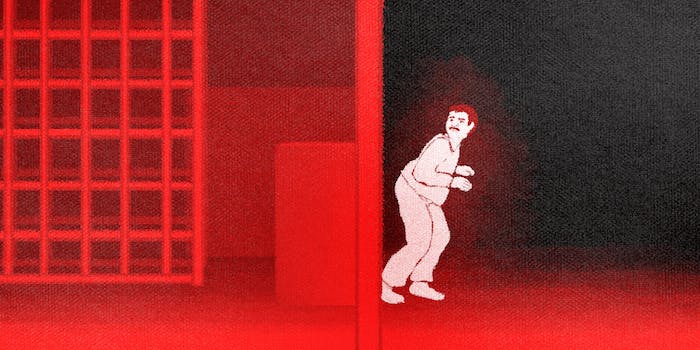 The internet is buzzing with theories.

What motivates a notorious Mexican drug lord to escape prison not one, not two, but three times?

According to a short-lived internet hoax on Friday, Joaquín “El Chapo” Guzmán escaped from the prison near Ciudad Juarez where he has resided since May. Although rumors of El Chapo’s third great escape were quickly dispelled, it seemed momentarily believable given that the Sinaloa cartel leader busted free of two previous maximum security stints—once hiding inside a laundry basket and later escaping via a tunnel dug into his cell.

The internet was alive with theories on Friday; social media users were convinced they knew what had motivated El Chapo’s latest grand exit from the clutches of his captors.

Topping the list of reasons why El Chapo escaped: to avenge Harambe, the gorilla slain by Cincinnati Zoo staff after a toddler fell into his habitat.

But while countless Twitter users remained convinced of a connection between El Chapo and Harambe, another theory took flight as hundreds of people claimed El Chapo had escaped prison in order to come to the U.S. and hunt down Mexico’s most notorious enemy: Donald Trump.

Multiple other theories placed El Chapo on his way to an anti-police brutality protest in Atlanta, to Brooklyn, to drop off a birthday present, to the planet Jupiter, and most improbably—to join the Trump campaign as vice president.

El chapo better be on his way to bring my present

el chapo is coming for that ass

BREAKING: El Chapo says he escaped prison so he could also join the Golden State Warriors.

Whether you believe that El Chapo is coming for “that ass” or for any number of other reasons, one thing is clear: El Chapo isn’t actually coming at all. Because he didn’t escape from prison again. But everyone needs a dream … and America’s dream is El Chapo.