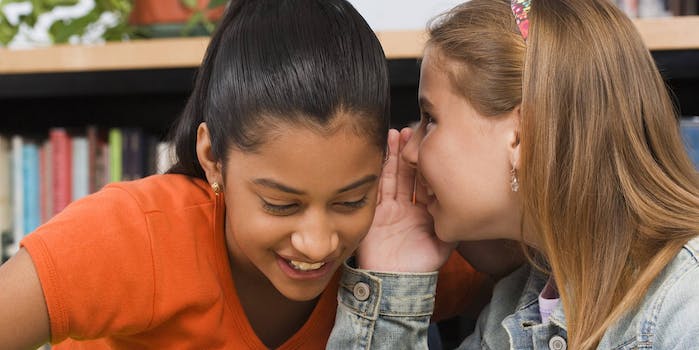 Presenting the ultimate relationship contract—written by an eighth grader

'You can’t be looking at these hoes.'

As anyone who’s ever spent a week or two navigating the murky waters of middle school romance knows all too well, the heart can be a tender thing. It’s enough to make a person long for a more formal arrangement, to maybe get things hammered out on paper so that everyone knows just where they stand.

As Twitter user Max Linsky discovered on Friday, at least one star-crossed eighth grade romance out there has been finalized in print. To hear him tell it, he discovered a piece of paper on the floor outside a middle school classroom, and on it was printed one of the most direct relationship contracts between tweens you’ll ever see. If only all forays into dating and matters of the heart were this straightforward.

Found on the floor after class in a middle school: a relationship contract between 8th graders. (He signed it) pic.twitter.com/SPmDjNdjVi

Obviously, this middle schooler is driving a pretty hard bargain. Amid all the tumult and angst of middle school life, ground rules like “you can’t be looking at these hoes” are fairly understandable. And if you’re the kind of person who responds to broken hearts with broken faces, well, it’s very generous to give somebody prior warning.

According to Linsky’s tweet, the boy signed the contract, ostensibly without first consulting with his attorney first. If he had, he probably would’ve been told to pump the brakes. No talking, no hugging, not even looking; really?

When you factor in the food, the hugs, and the exclusive right to be the one who does the breaking up, it’s clear as day which one of these kids is the master negotiator. After all, when you can strike a major deal and only give up a “fist-bump these hoes” provision, you have well and truly made it.