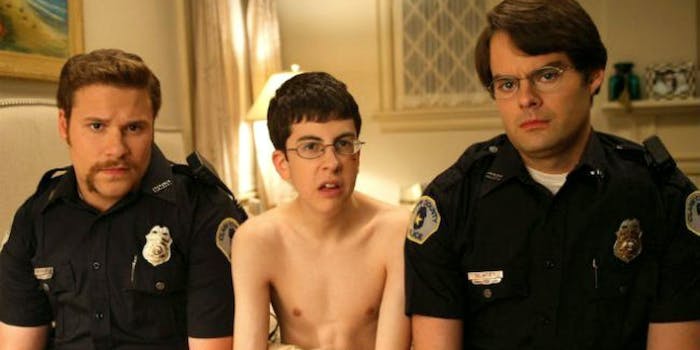 Who ya got in your circle?

Chalk it up to yet another societal casualty of the pandemic, but in 2020, so-called “smoke circles” were effectively stamped out altogether. For some reason, sitting around in a group passing around a joint—à la That ’70s Show—fell out of vogue with a high-contagious, potentially-deadly virus on the loose. So perhaps we have mass vaccinations currently rolling out across the country partly to thank for people fantasizing about their “dream blunt rotation” scenarios.

Interestingly enough, the phrase “dream blunt rotation” likely predates online usage, according to Know Your Meme. However, the first known instance on Twitter came in the form of a 2012 tweet. It has since become a popular way to caption an ideal group of celebrities or fictional characters that an individual would theoretically like to smoke marijuana with—similar to “dream dinner party guest” ice-breaker games.

After briefly popping up again in 2020 with a Euphoria spin, the meme reemerged in January 2021 after Twitter user @SheaCoulee tweeted: “You can only pick four people to be in the blunt rotation. Who are they?”

Examples of the meme

In March 2021, the meme surfaced once again. Twitter user @pumpkabooo posted the following dream blunt rotation on March 11 with a screenshot from the British comedy-horror web series Don’t Hug Me I’m Scared.

Within just one week, the tweet amassed nearly 150,000 likes—and likewise inspired others to imagine their own dream blunt rotations. In what shouldn’t come as a huge surprise, many of these tweets included patron saints of weed-smoking Seth Rogen, (the previously mentioned) Snoop Dogg, and rapper Wiz Khalifa.

Others got even more creative with the “dream blunt rotation” meme. One user imagined a 2007 Lonely Island SNL Digital Short featuring Shia LaBeouf.

Others imagined the casts of Napolean Dynamite, Whose Line Is It Anyway, Superbad, New Girl, and so on.

Though perhaps clever, one might imagine that a dream blunt rotation with the characters from What We Do In The Shadows or Attack of the Killer Clowns would likely be your last.

Though most of us aren’t fortunate enough to be able to smoke weed with Seth, Snoop, or especially AOC, dream blunt rotations are a nice way to pass the time. And before we know it, our everyday smoke circles will be back in session once again.

The ‘cancel a cartoon character’ game has endless possibilities

These stimulus check memes joke about how people will spend $1,400

Which woman from pop culture would you ‘come out to’?