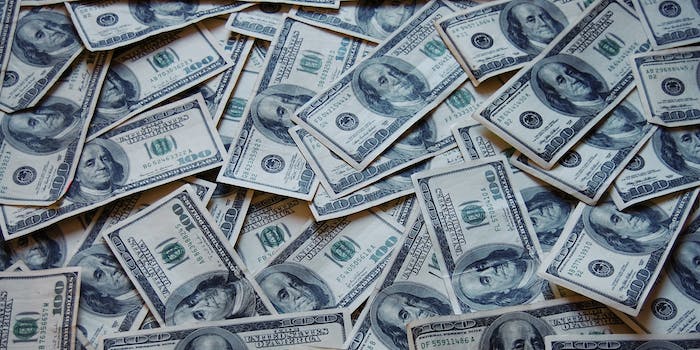 These stimulus check memes joke about how people will spend $1,400

'Give me the thick mints.'

How are you planning to spend your stimulus check, if and when it arrives? For most people, the answer is probably something boring and miserable like “rent” or “utilities.” That’s kind of the point; this $1,400 is a (disappointingly small) payment to offset months of economic hardship.

At the same time though… it’s a rare gift of free money. And since it’s a near-universal experience in the U.S., people are starting to invent stimulus check memes. The most popular one so far is a running joke about how people are going to spend that awe-inspiring sum of $1,400.

The set-up to the joke usually starts with either a “bank account” or a “direct deposit” letting you know that you now have $1,400. Then the user imagines a conversation with someone at a store, where they ask for the most expensive item possible—which usually is a metaphor or doesn’t actually exist. For example, telling a Ross employee that you would “like to dress for more” (the chain’s tagline is “dress for less”).

Or asking a Girl Scout to give you “thick mints” instead of the usual thin mints.

The possibilities for this meme are endless.

The real punchline in this meme format is that $1,400 is, in context, a farcically small amount. We envision a utopian fantasy where everyone spends a Daddy Warbucks-style pile of cash on outlandish purchases. If only. But while most of that stimulus money will probably go to unglamorous daily essentials, having an extra $1,400 in the bank can also make you feel like a millionaire: