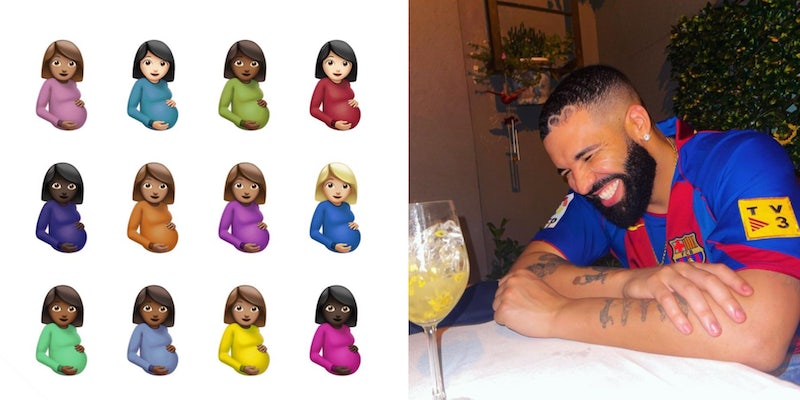 ‘Who came up with this? Nick Cannon?’: Fans are perplexed by Drake’s new album cover

Twitter users were quick to compare the art to Nick Cannon's recent string of pregnancies.

After Drake released the cover for his forthcoming album, Certified Lover Boy, the internet made jokes about the artwork and Nick Cannon’s name was brought into the conversation.

Complete with a gif of Charlie from It’s Always Sunny in Philadelphia, the user wrote, “Drake is dropping Certified Lover Boy, an album about love (baby-making) 9 months after the expected release date (9 months is a full-term pregnancy) on LABOR day weekend (labor as in giving birth) which is why there are pregnant emojis on the cover.”

They are referring to the album’s initial release date being in January 2021, but it got pushed back because the Toronto rapper had knee surgery so he said “between surgery and rehab my energy has been dedicated to recovery.”

But now that the album has been confirmed to be released this week, the internet relentlessly poked fun at Drake’s album cover. Most people joked that the women on the cover were Nick Cannon’s baby mothers—referencing the recent news that Alyssa Scott gave birth to Nick Cannon’s fourth child since December 2020.

“Who came up with this? Nick Cannon?” one Twitter user asked. “If there is an actual Nick Cannon feature or cameo on this album I’m going to SCREAM,” another person tweeted.

Lil Nas X, who also recently announced that his next album will be coming in September, tweeted out a fan-made parody of the artwork to feature pregnant men.

Memes and jokes aside, people are still looking forward to the release of his highly-anticipated return.