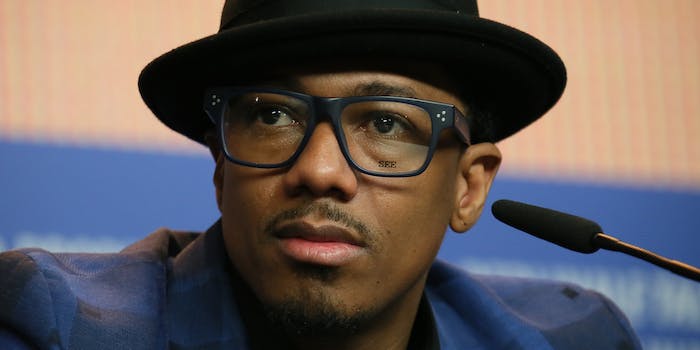 ‘The signs are there’: Nick Cannon’s latest pregnancy announcement has some fans thinking he’s running a sex cult

'Nick Cannon don't pull out of nothing but the driveway.'

Upon reading the news that entertainment mogul Nick Cannon is expecting yet another baby with another woman, Twitter was set ablaze with jokes about his virility and child count. The timing is unusual enough for people who are openly wondering if he’s at the head of a new sex cult.

Wild N’ Out model Alyssa Scott uploaded a Father’s Day post on her Instagram Stories, apparently confirming that she’s expecting a baby boy with Cannon. The child will be his seventh child and his fourth baby in a year.

According to People.com, Scott wrote in the comments of a post that she was 34 weeks along. In another Instagram post from last week, she said she’s in “the final days” of her pregnancy.

Of course, when news broke, Twitter had the memes ready.

Even President Joe Biden made it into the mix.

Some women suggested Nick Cannon is the prime example of why men also need birth control.

The most interesting (and outrageous) theory was that Nick Cannon is the ringleader of a sex cult.

@IndieBombDotCom tweeted, along with Cannon’s answer to a question related to R. Kelly’s life behind closed doors: “Nick cannon definitely has a cult.”

Others remembered the episode as well, and jokingly compared it to Cannon:

@awwjeezmike: “Nick cannon is really trying to be like John Stamos from svu.”

All speculation aside, @CerromeRussell said it best, “Nick Cannon don’t pull out of nothing but the driveway.”