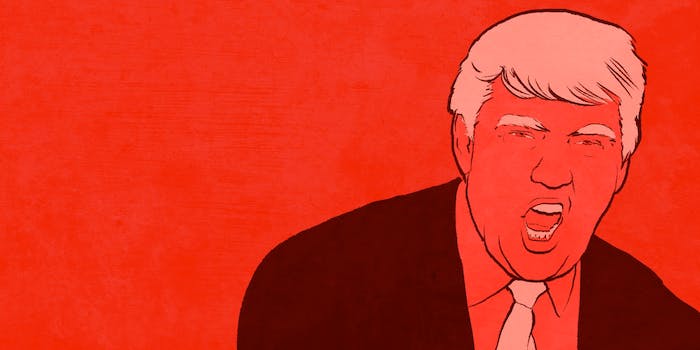 After a religious leader summit in New York City featuring Donald Trump, the Falwells (aka the family who founded the notoriously conservative/religious Liberty University), and other big-name evangelicals, Jerry Falwell, Jr. uploaded a friendly photo on his Twitter account.

And it took no time for Twitter to notice the almost ironic, framed magazine cover floating behind Becki Falwell’s head on the wall of Trump’s shrine:

The cover features Donald Trump on a 1990 Playboy magazine cover, creating possibly one of the best photobombs of all time: 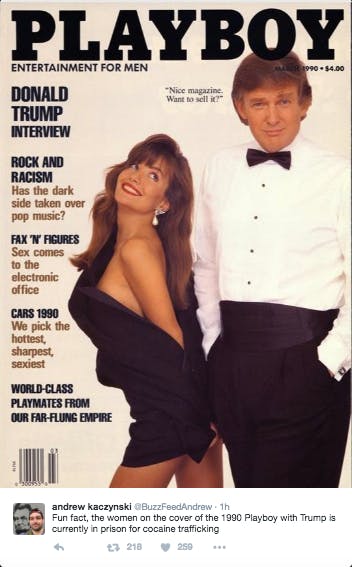 Twitter is having a field day with the photograph, with some users criticizing the Falwells’ values and morals:

If you're going to praise a man for being a religious leader, at least photoshop his playboy cover out of the pic. https://t.co/F6X5bszKbs

Others are addressing religion to express and support their disapproval:

One pastor is hoping Falwell repents for his sin:

This is shameful, Mr. Falwell. I say this as an evangelical Christian pastor. I’m praying you repent

And many are taking a moment just to bash the presumptive Republican nominee, refraining from making religious comments:

@BrendanNyhan Playboy schmayboy. Just that he keeps framed pictures of himself all over the wall like that is a red flag.

Notice the shit-eating grin on Trump. Disgusting. Politics, Trump, everything.

Nice playboy cover – did he mention wanting to date his daughter again?

Whether Falwell realized his faux pas is uncertain. But it might have been wise to use Photoshop before posting the photo. Thumbs up!