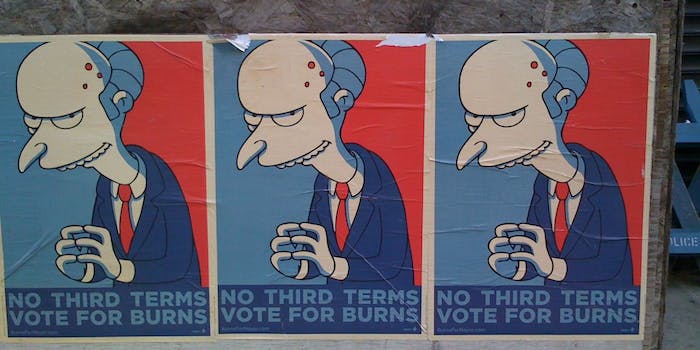 Trump or Mr. Burns? is exactly what it sounds like—and it’s glorious

Donald Trump, the 2016 Republican presidential frontrunner, has championed misogyny, inspired xenophobes to beat up a Hispanic homeless man, and used an old interview with Barbara Bush to disparage her son’s presidential ambitions.

In these ways, Trump is not all that different from the newly racist Atticus Finch. But now we have another point of comparison thanks to a new website that presents a seemingly impossible challenge: Trump or The Simpsons‘ Mr. Burns? 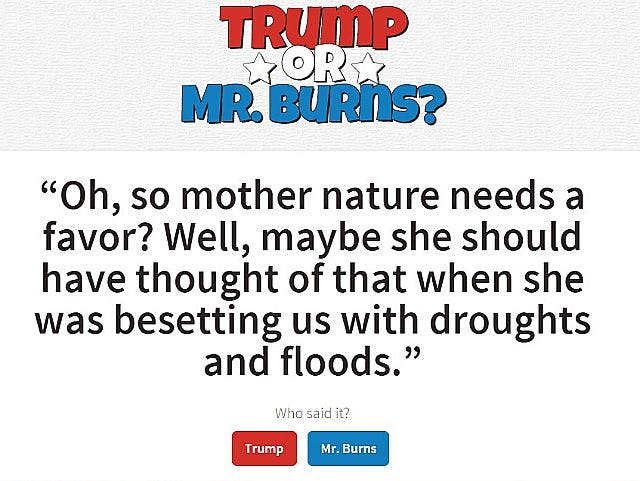 The answer to that one, of course, is Mr. Burns.

Fair warning: The questions aren’t actually very difficult, even if you, like me, haven’t watched The Simpsons in about 15 years. Out of 10 questions, I got 10 right (which would make me, in Trump’s parlance, not a loser).

The fact that some of the quotes could genuinely go either way is interesting and funny, but it likely won’t change the minds of Trump voters. Because so far in this presidential race, we are to Trump what Smithers is to Burns.

Photo via cleverclever/Flickr (CC BY 2.0)