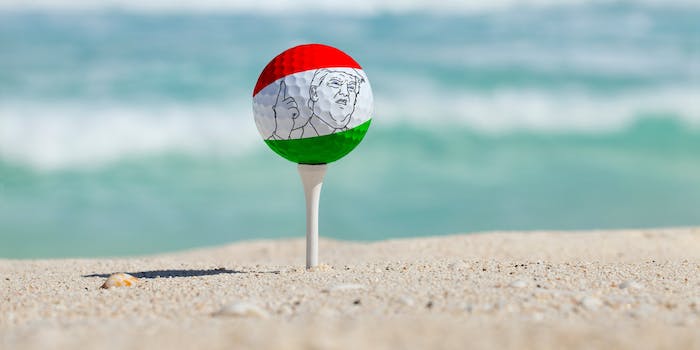 You can bet that Donald Trump‘s surrealist, post-political campaign to win the White House this fall came up at a lot of Fourth of July BBQs this past weekend. I know that it did at mine.

But it was only when I mentioned something about Trump’s Twitter supporters using the hashtag #MAGA—their lazy initialism for the slogan “Make America Great Again”—that my brother’s girlfriend stunned me with some confounding information.

“MAGA, that’s the Mexican American Golf Association,” she said. “My dad’s a member.”

@NewportLost @mitchellvii #MAGA…oops..I thought this was Mexican American Golf Association. I was a member once.

A quick web search confirmed as much. MAGA was conceived in 1962 and, since then, “has grown to be the largest Hispanic golfing organization in the State of California, making it possible for many Mexican Americans to enjoy the beautiful game of golf.” 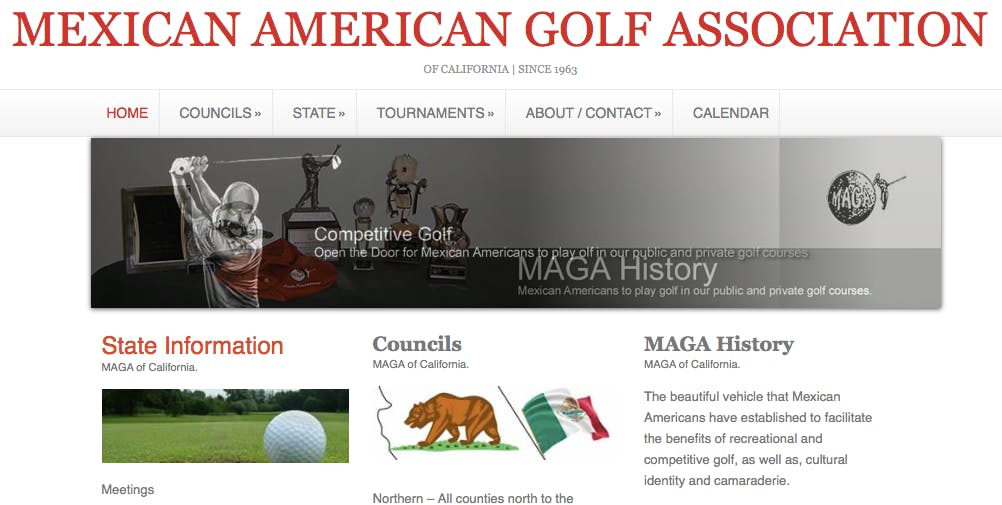 Why was such an organization formed? In opposition to xenophobia on the country club circuit, of course. Per the group’s history blurb, “Mexican Americans, as late as 1962, were not readily accepted in public and private golf organization, nor could they readily obtain access to golf courses for tournament play. Something had to be done to change this condition.”

This is an incredible alignment of letters.

Consider: Trump’s early momentum and media attention in the GOP primaries was generated in large part by gleefully stoking anti-Mexican sentiment—the very force that precipitated MAGA. And over the course of his presidential run, blowback for that same brash rhetoric has continually spoiled Trump’s love of and investment in the sport, whether it was pranksters raising the Mexican flag near his despised Scottish golf course or Mexico itself snatching the lucrative PGA Tour away from his course in Miami.

Someone has raised the Mexican flag on the border of Trump's wildly unpopular golf course near Aberdeen: pic.twitter.com/mXzkQeCpic

Should we really be shocked that Trump Twitter’s stock hashtag—which refers to a slogan that itself was ganked verbatim from Ronald Reagan’s 1980 campaign!—belonged to someone else first? Of course not. But it’s funny as heck to imagine these frothing anti-immigration types unwittingly repping hard every day for the Mexican American Golf Association.

I mean, just try reading some of these tweets now:

Meanwhile, the original #MAGA crew has kept it real for more than 50 years. Look at these ballers.

I’m not so naïve as to imagine that biting the Mexican American Golf Association’s hashtag is enough to derail the Trump Train, but it does seem as if they may want to figure out a different rallying cry.