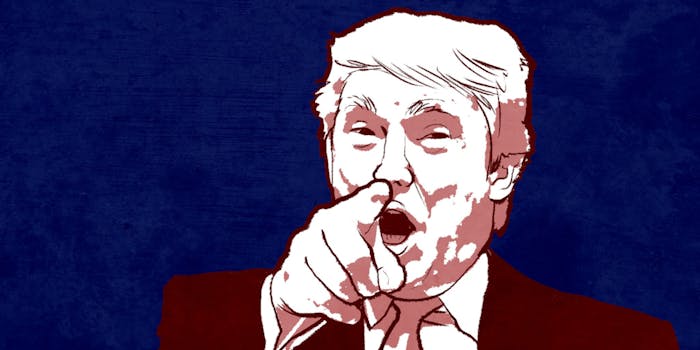 Some Scots are a wee bit angry with Donald Trump.

It seems as if Donald Trump may no longer be the only one who is trying to build a wall on a border.

The presumptive Republican nominee’s country-of-a-golf-course has had its borders marked by a Mexican flag in Aberdeenshire, Scotland. Waging the war against the businessman is Michael Forbes—a Scotsman who is a member of the Tripping Up Trump campaign and the winner of 2012’s “Top Scot” prize, an honor bestowed on one who “has made the greatest impact in furthering Scotland’s reputation at home and abroad.”

The Tripping Up Trump movement is the brainchild of a group of Scottish locals whose aims are to protect their ecosystem, help give voice to the community’s inhabitants, and dissuade further forced buyouts of land by Trump. The local resistance has successfully deterred eviction and the purchasing of more land by Trump’s organization.

As shown in Buzzfeed’s screengrab, the tall and proud Mexican flag waves at Trump from afar, cheekily greeting him for his arrival in Scotland later this week. The mogul’s visit is for the re-opening of his Trump Turnberry Resort in Ayrshire:

Someone has raised the Mexican flag on the border of Trump's wildly unpopular golf course near Aberdeen: pic.twitter.com/mXzkQeCpic

David Milne, a fellow campaign member and Trump critic, has expressed his censure in the same way, planting a flag of his own: 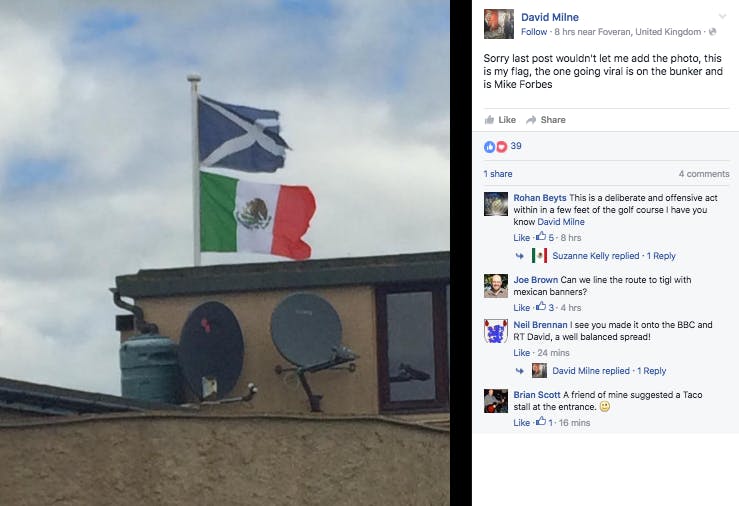 “The point of the flag is to show solidarity with the Mexicans and every other group that Trump has decried, derided, insulted, and tried to marginalize,” Milne told Buzzfeed in an interview.

It is safe to say that Donald Trump’s Scottish neighbors will not be welcoming him at the airport Friday.