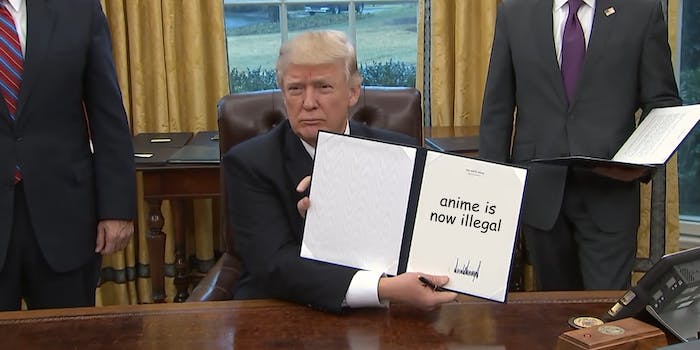 “Never hold up a sign or a piece of paper” should be 101-level media training for celebrities and politicians in 2017, but many have been slow to catch on to the idea that Photoshop exists. Paper can turn any bland photo opportunity into a highly exploitable meme template, and the latest casualty is Donald Trump‘s first executive order.

Trump signed an order this week allowing government agencies to roll back key parts of the Affordable Care Act, but the internet’s shitposters have their own ideas about what should have been on the paper.

How about an anime ban? 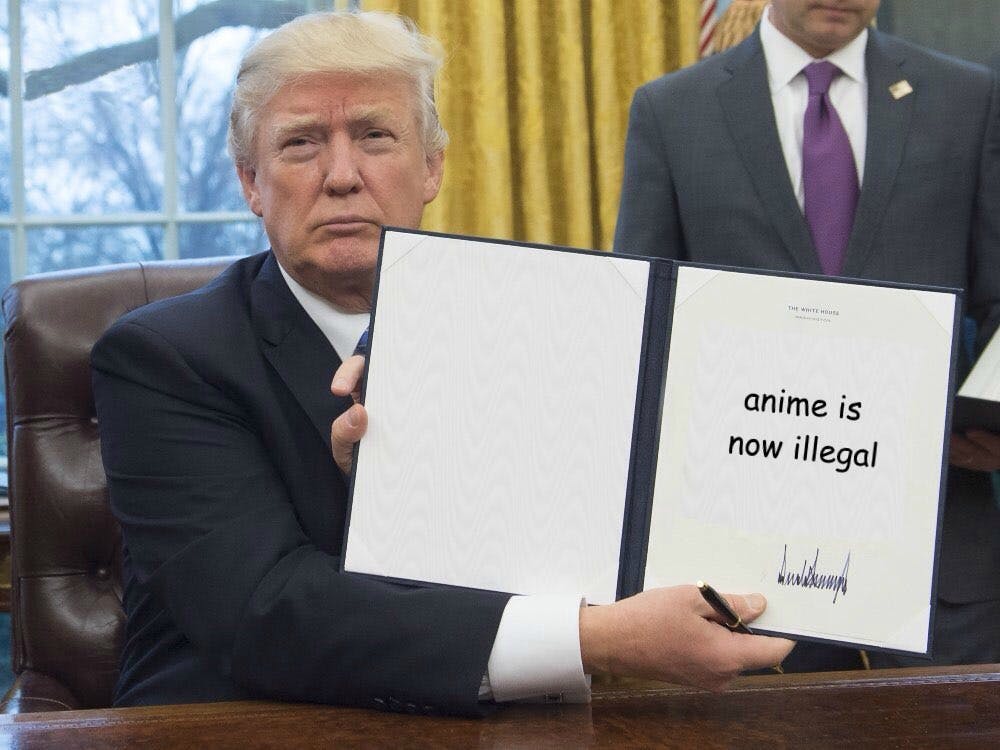 Or a deportation order for furries? 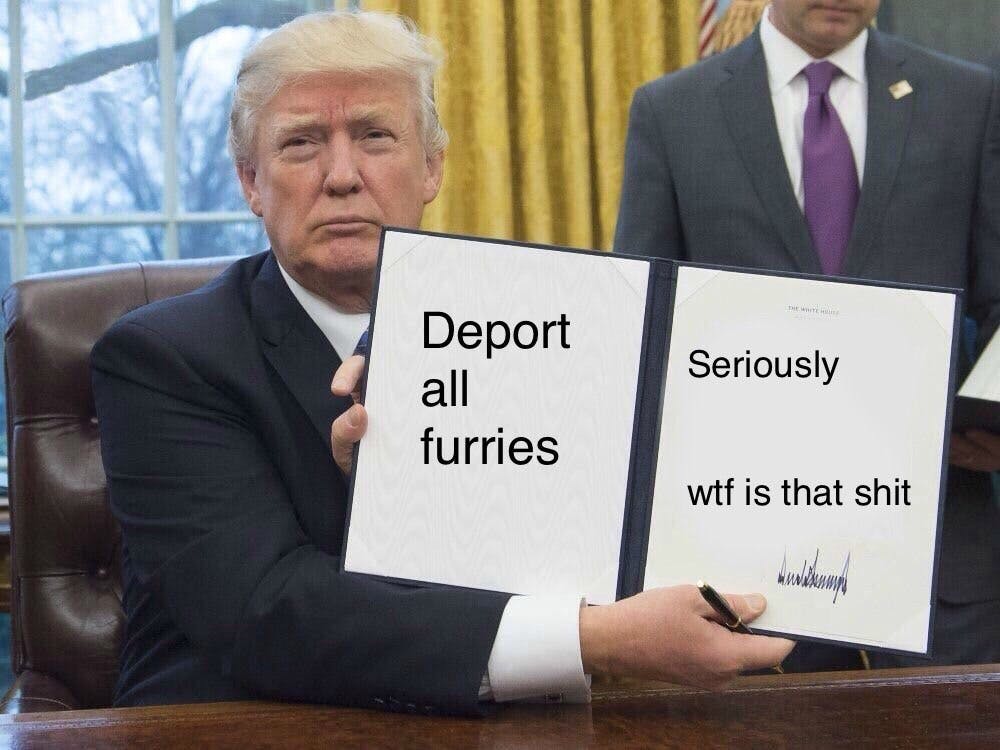 Or your basic Garlic Bread-level transphobia? 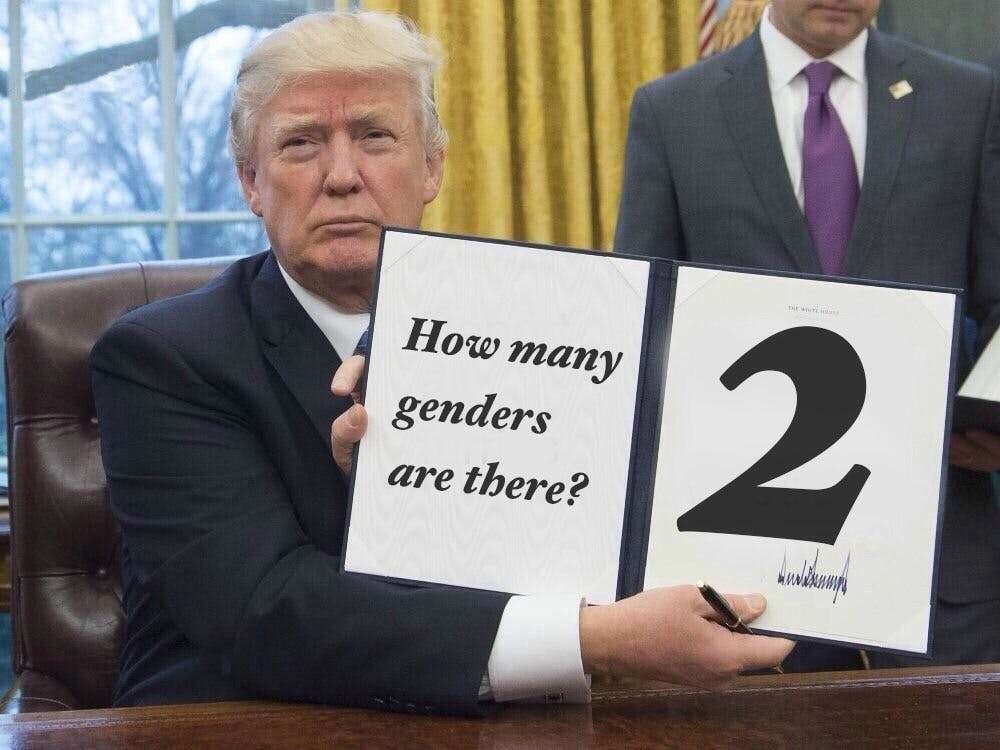 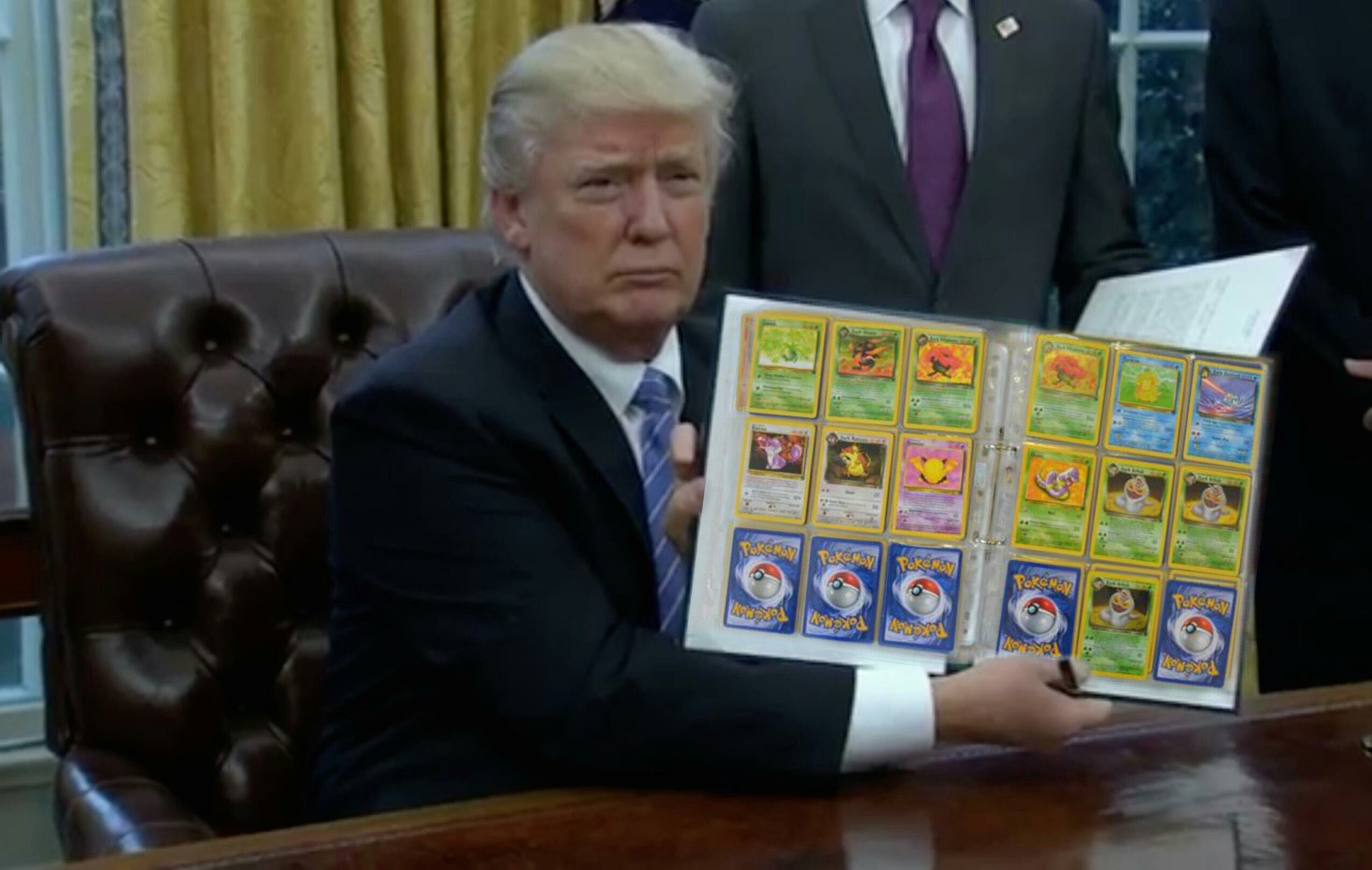 The meme started from a blank piece of paper, so it could really go anywhere, but two general directions have emerged: making fun of Trump himself, or making fun of typical 4chan targets: furries, trans people, people on the autism spectrum, and feminists. 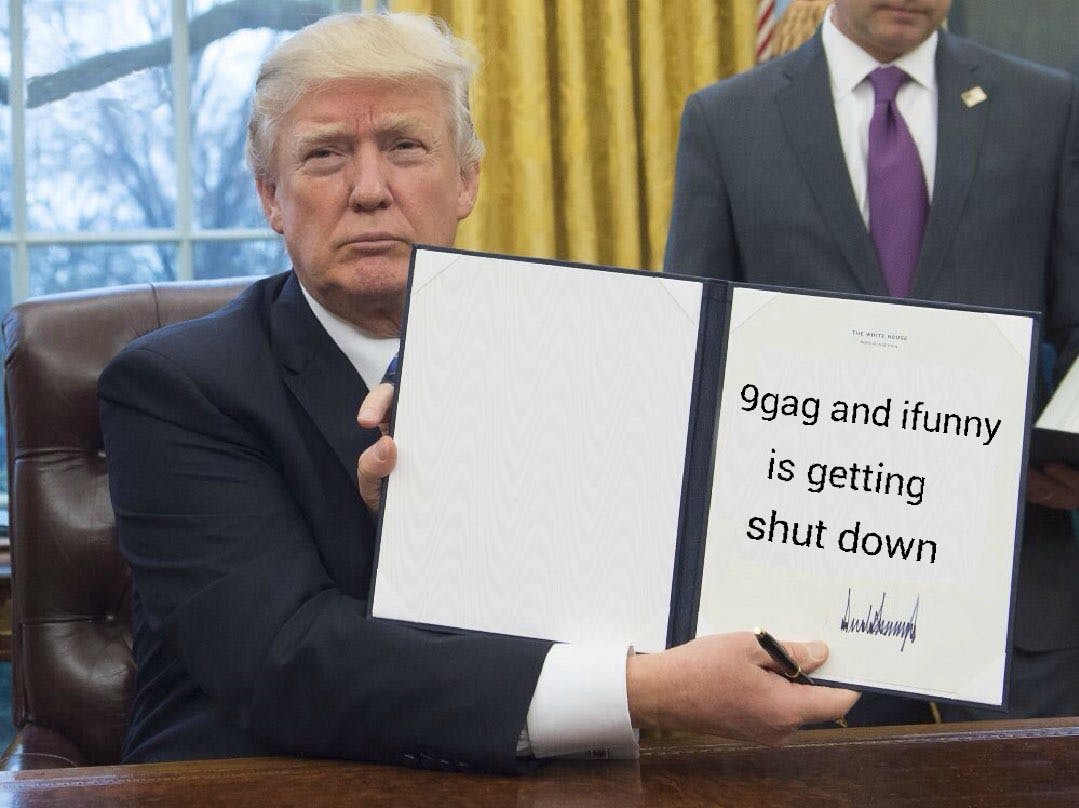 Once those possibilities were exhausted, things turned meta very quickly: 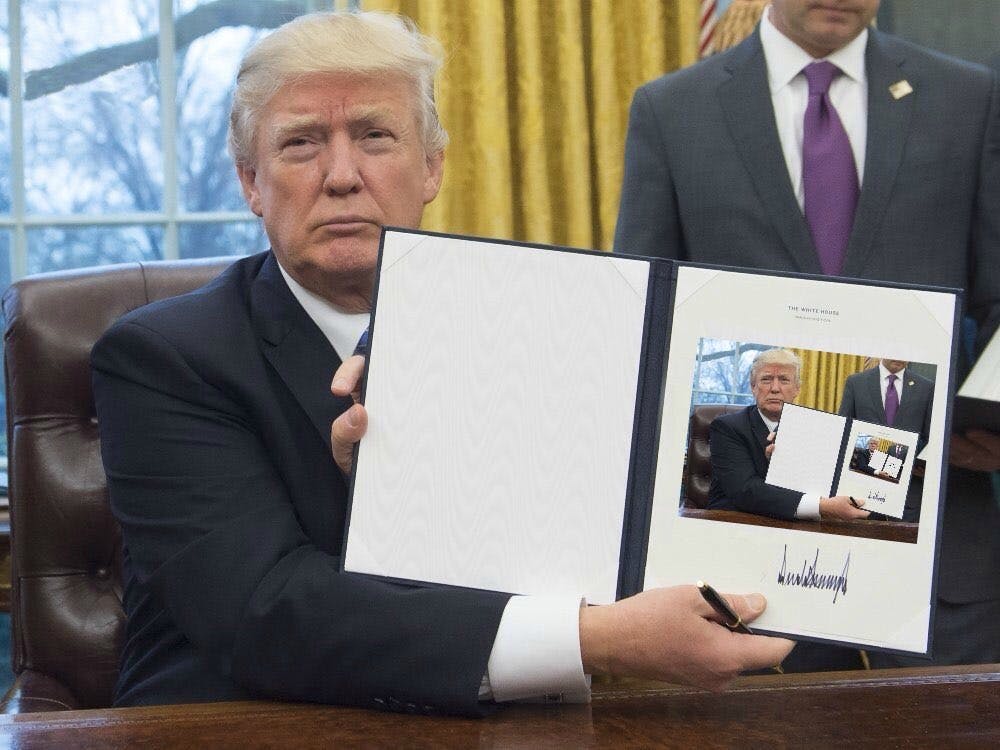 There hasn’t been an exploitable sign this good since Bernie Sanders brought a giant Trump tweet to the floor of the Senate.