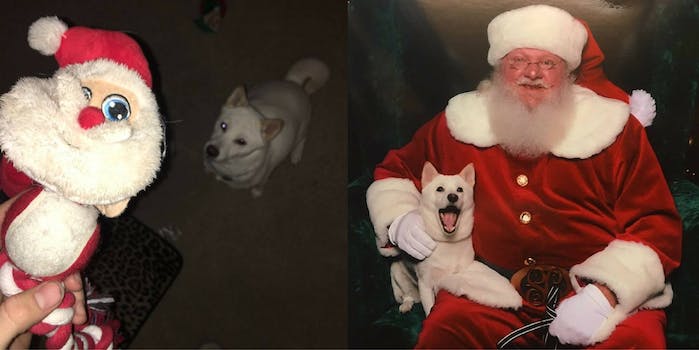 Santa paws is comin' to town.

Every dog has its day… to meet its favorite stuffed animal IRL, that is.

For this dog, a 1-year-old Shiba Inu named Kya, her wildest dreams came true when she met the life-sized version of her fav chew toy, Santa Claus. 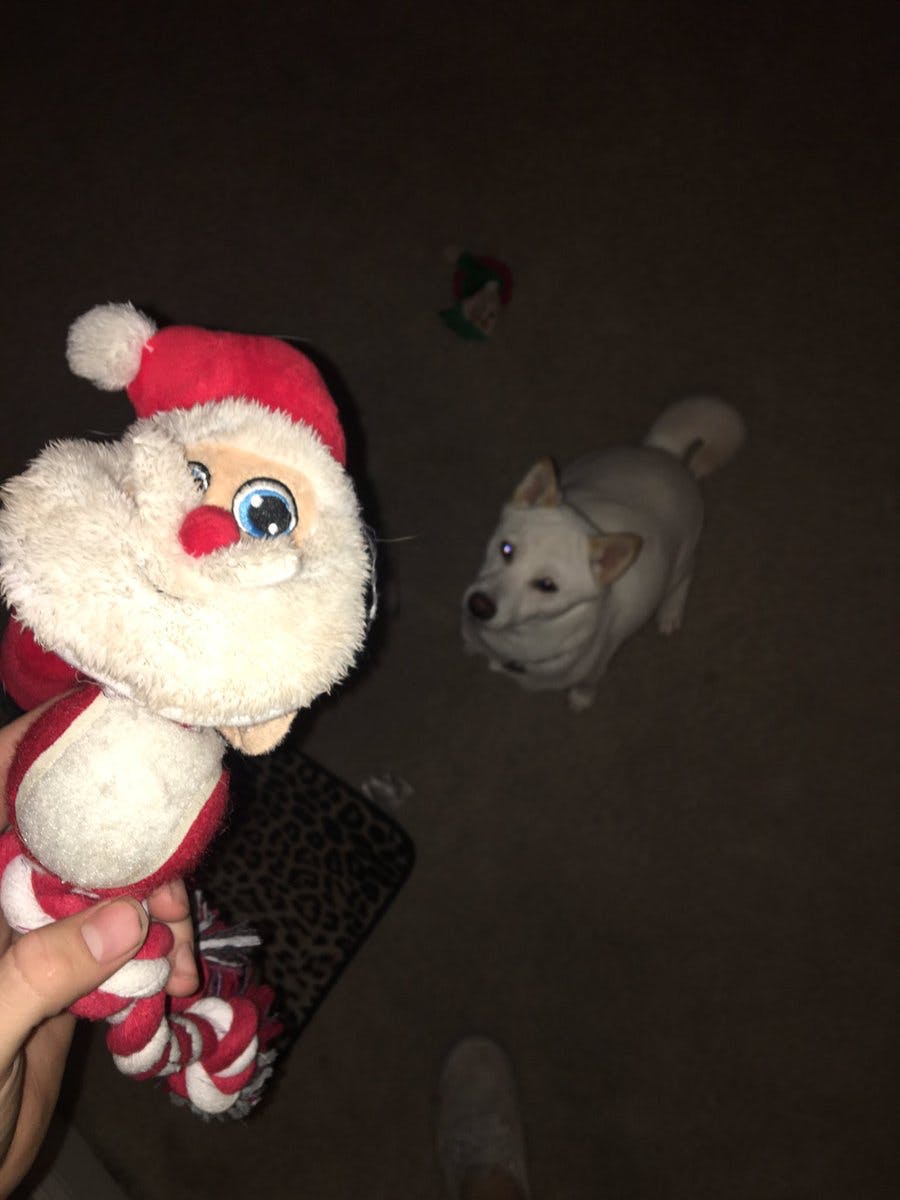 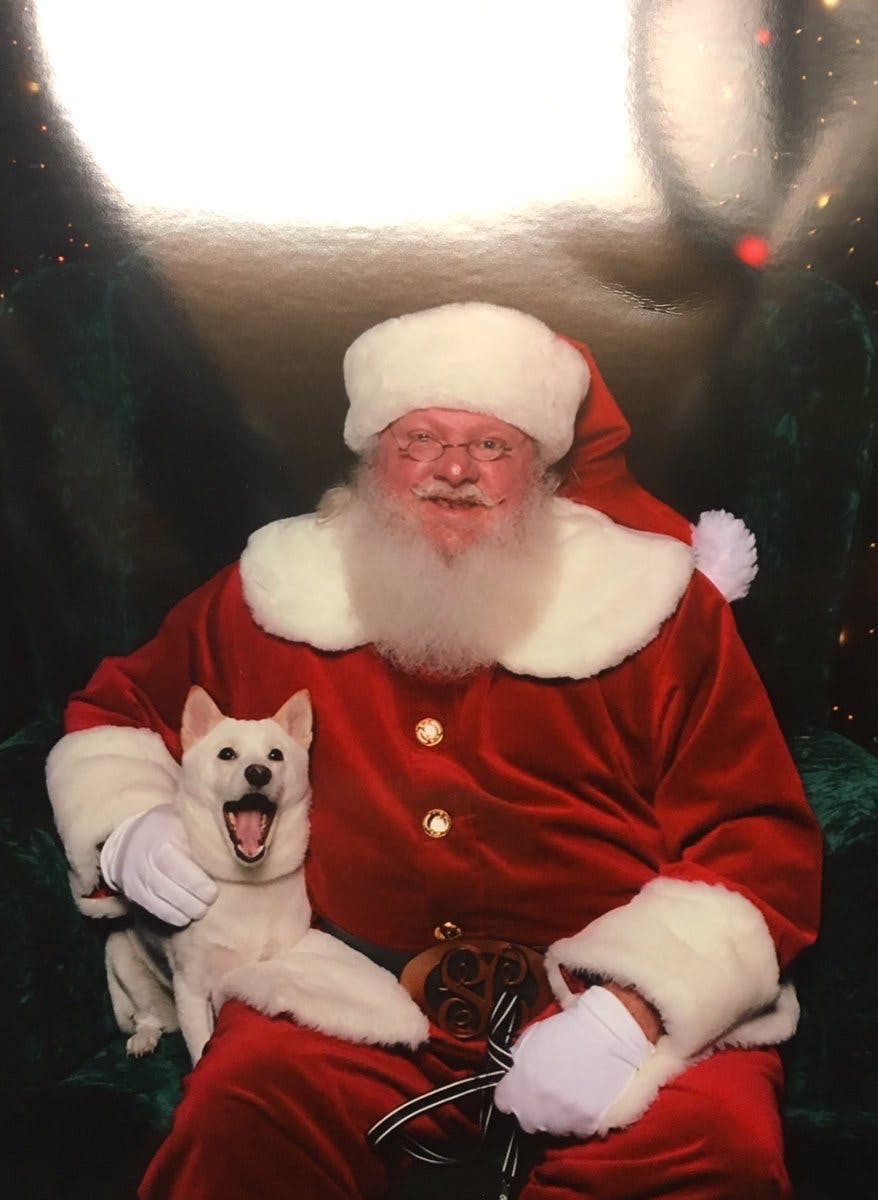 Kya’s owner, 16-year-old John Montaldo from Orlando, Florida, shared the photos of Kya’s shining moment on Twitter, to the delight of tens of thousands.

My dogs favorite toy is Santa, so we brought her to see him pic.twitter.com/vPl6YMyOIz

Montaldo and his sister Angelina told Buzzfeed the Santa toy quickly became Kya’s favorite after their family gifted it to her last year. When the pair saw an advertisement for Santa-and-pet photos at the mall, they gladly dropped the $30 for the opportunity.

“She just sat there and looked at him,” Angelina told Buzzfeed. “She usually misbehaves when we take her to Petsmart, but she was behaving for Santa.”

Any dog would probably be overwhelmed meeting a human-sized version of their favorite plaything. At least Kya is in good company.