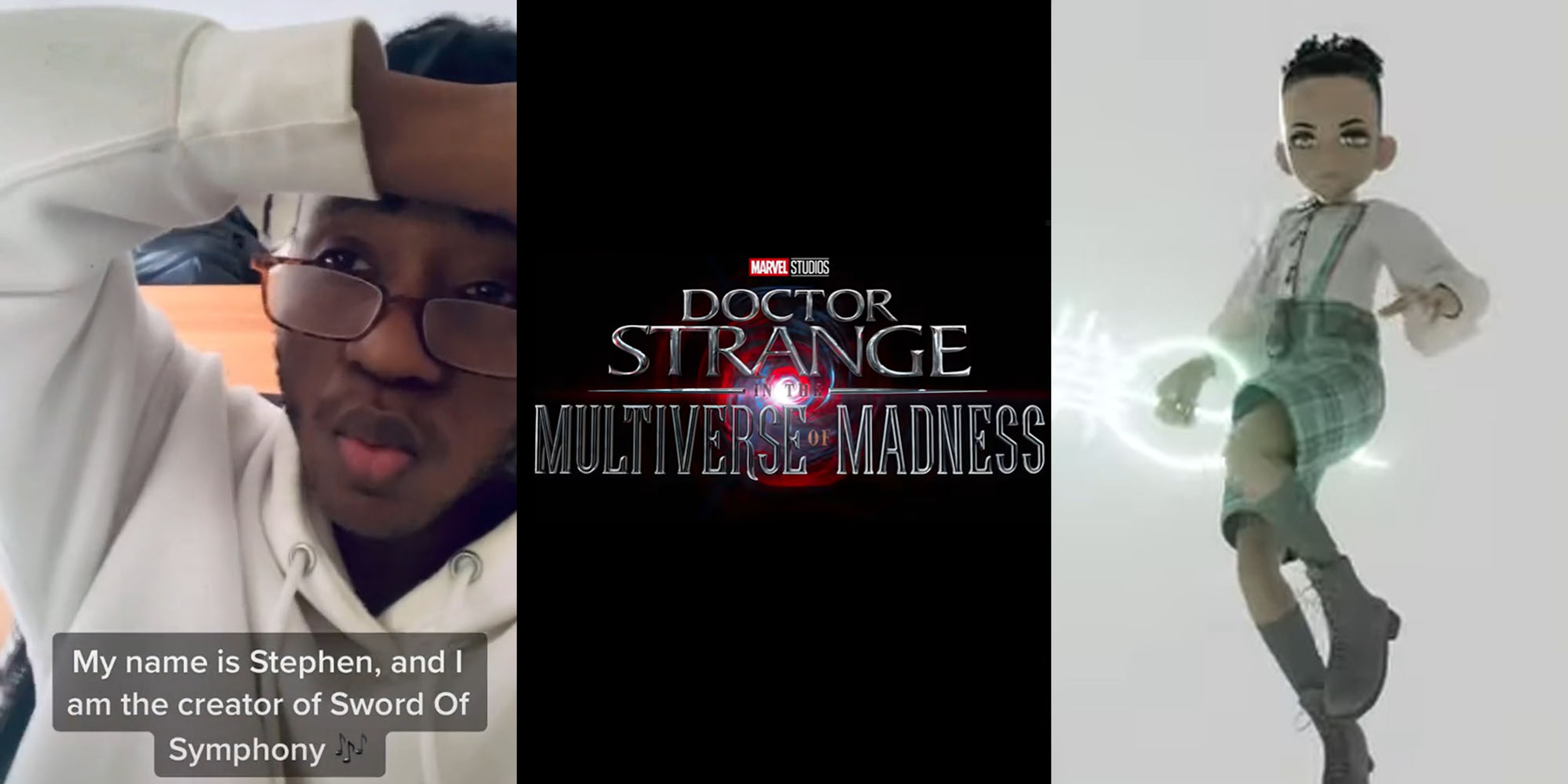 'Sword of Symphony' is a musical combat RPG—and it bears a startling resemblance to Doctor Strange's musical fight scene.

One of the coolest scenes in Doctor Strange in the Multiverse of Madness is a battle where Doctor Strange uses music as a weapon, flinging CGI notes across the screen. However, some viewers have suggested this concept isn’t as original as it seems. Doctor Strange’s music powers bear a notable resemblance to a work-in-progress indie game that went viral on TikTok last year, when Doctor Strange 2 was still in production.

@stephen_ddungu I blew up on the @gamedevblaster page before I even had a TikTok account, so here I am 👋🏾 #gamedev #b3d #indiegame #animation #vfx #swordofsymphony ♬ original sound – stephen_ddungu

Speaking to the Daily Dot via Twitter DMs, Ddungu explained that he came up with the idea for Sword of Symphony in December 2020 for his final-year university project. He was already working on another RPG called Purpose: VERSUS, but Sword of Symphony felt more appropriate for the audiovisual component of his music technology course.

“Being self-taught in music and game-dev, I decided to create a very small, one-level prototype of a game that would integrate music composition with its action combat; and thus Sword Of Symphony was born.” The key similarity with Doctor Strange 2’s musical fight scene is the way Sword of Symphony‘s main character throws glowing musical notes at their opponent, connected to classical music on the soundtrack.

Ddungu didn’t plan to go any further with Sword of Symphony, but thanks to an “overwhelmingly positive reception” on social media, he decided to keep working on the game after he graduated in summer 2021. (As of now he has 940,000 followers on TikTok, and tens of thousands on other platforms.) When Doctor Strange 2 came out this month, some viewers immediately drew comparisons with Sword of Symphony, with Ddungu telling the Daily Dot, “many are convinced that they ripped off my work.” His TikTok comments are now full of people accusing Disney and Marvel of stealing Sword of Symphony‘s imagery.

“Personally, I think it’s highly probable, given the overwhelmingly suspicious timing and evidence supporting the notion,” he told us, describing the overlapping timeline of Doctor Strange 2‘s production process and Sword of Symphony’s virality on social media.

While Doctor Strange 2 initially wrapped filming in April 2021, there were extensive reshoots between November 2021 and January 2022, followed by additional reshoots in March—just two months before release. Meanwhile, Sword of Symphony went viral and received media coverage in August and September 2021, although clips from the game were available online since January.

The most relevant detail in this timeline comes from composer Danny Elfman, who told Comicbook.com that he finished work on the musical fight scene “just under the wire… literally before the move shipped.” Elfman said in another interview, “The musical battle was very late in the game, and Sam [Raimi] was returning to England to shoot a second time.” Like John Krasinski’s cameo, it appears to have been a late addition during the final round of reshots.

This wouldn’t be the first time Disney faced accusations of plagiarism involving an indie creator. However, it’s also very difficult to prove. Maybe someone on Doctor Strange 2‘s creative team saw a Sword of Symphony clip online, and either consciously or unconsciously copied it. Or maybe the similarities are coincidental. Sometimes people do just have similar ideas! As Ddungu himself points out, Sword of Symphony didn’t invent the idea of visualizing music in a fight scene. You’ll see other versions in games like the upcoming Soundfall, and in the movie Scott Pilgrim vs. the World. In Kung Fu Hustle, there’s a duel involving blasts of musical energy from a zither. But none of these look as similar as the musical notation in Sword of Symphony and Doctor Strange.

“Marvel could have executed the idea in their own unique way,” says Ddungu, “but instead they came out with something that everyone has pointed out looks like an attempt to copy mine with infinitesmal changes. But on the bright side, it’s cool to see they’re fans of my work lol.”

The Daily Dot has reached out to Disney for comment.