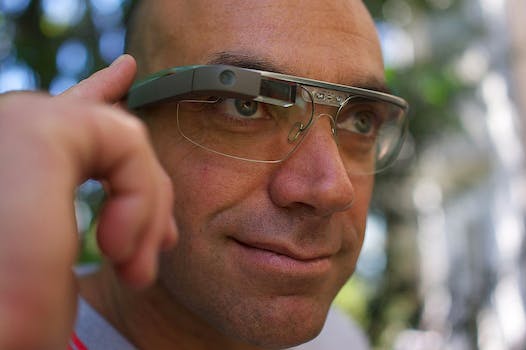 Can taking a class on diversity fix Google’s demographic issues?

You can lead a horse to diversity, but you can't make him drink.

Google hopes diversity education is the solution to its skewed demographics, and by extension, so do the rest of us, because it’s the core concept behind a number of efforts designed to address discrimination. The company is holding a series of diversity workshops to reach out to its majority male, white workforce as part of an overall attempt to make it a safer work environment and address diversity issues, but whether it will work is still an open question.

Education about diversity may undermine deep-seated cultural biases and create a more tolerant workplace culture, but it only works when it’s enacted as part of a larger initiative, rather than as a lip-service attempt to concerns about diversity. In fields where diversity concerns are looming, it’s time to start talking not just about diversity education but about how to concretely adjust gender and race imbalances in the workplace—and the answer doesn’t lie simply in “try to make more diverse hires.”

Google’s move is no surprise, given that the company publicly named and shamed itself earlier this year, and the media promptly jumped all over its dismal demographics: 61 percent of the company is white, for example, while 70 percent is male. If you drill down even further into Google’s diversity data, these discrepancies become even more stark in upper management and engineering positions, where women are even less represented.

Google explained what intends to do about it:

Research shows that when we are more aware of our unconscious bias, we can make more objective decisions. In 2013, more than 20,000 Googlers (nearly half of our Googlers) engaged in workshops that focus on the science of how the brain works. This created a company-wide dialogue around how unconscious bias can affect perceptions of others, interactions with coworkers and clients, and the business overall. We hope our focus on making the unconscious conscious will not only foster a more inclusive workplace, but also make us a better company.

Does unconscious bias training work? To some extent, perhaps it does, though some people consider it “window dressing” on diversity initiatives. A workshop alone cannot force people to throw biases off if it’s not reinforced by daily applications and constant questioning and discussion. That means speaking up to identify bias and discuss it, which can be challenging in a crowded workplace, especially one where minority voices have been punished before for speaking their minds.

Google appears to be missing some issues that may make it challenging to achieve the goals it is trying to reach. Hiring diverse individuals isn’t as simple as holding workshops to educate existing employees about sexism, though sexism in tech is a widespread issue. Talking to people about bias, discrimination, and minority groups also doesn’t do much to change their minds unless they’re open to the discussion—and there’s no way to know if that’s the case for Google employees.

Last year, I was invited as a guest panelist to Google’s Privacy Week, an in-house event where representatives of various communities are invited to the company’s campus to discuss privacy issues that engineers might not consider when developing and implementing products. Privacy is a particular concern with many people in marginalized social groups, and white male engineers often default to open privacy settings, not considering the risks of sharing sensitive data.

Speaking before a group of Google employees with other transgender people, I discussed the risks to the trans community when privacy violations occur and articulated some specific problems with Google’s privacy settings and default options. While many members of the audience were open, receptive, and interested in learning more, others were not—particularly those attending remotely, who asked invasive and sometimes hostile questions.

It was a reminder what while you can lead a horse to water, you cannot force that horse to drink.

In the tech industry, lack of diversity is commonly attributed to “a pipeline problem.” There simply aren’t enough women, or black engineers, or transgender databasing experts, claim defensive tech firms. They don’t exist, or if they are, they’re not applying—because companies are publishing their diversity policies and inviting people with open arms, yet they’re being ignored. This flies in the face of clear evidence that there are plenty of minorities graduating with computer science and engineering training. If they’re in the marketplace, there must be a reason they’re not applying to and getting hired at companies with diversity policies, and it’s on those companies to find out why.

Framing this as a pipeline problem shifts the responsibility away from employers and major tech firms and on to people who aren’t being hired, suggesting that they’re at fault for not applying. Research shows, however, that the situation is more complicated, starting with hiring discrimination experienced by women, transgender people, and people of color. (Trans women of color in particular face a triple whammy of exclusion.) It comes through in how people react to resumes, in how people behave at interviews, and in what kind of compensation is offered to job applicants.

More subtly, and equally importantly, Silicon Valley is a small place, and workplace culture is something that people talk about—and that goes double for minorities. People are often reluctant to apply for a company that appears dominated by white men, but their reluctance is even more pronounced when a company has a reputation of being unpleasant for minorities. If a firm is known for transphobia or racism, for example, people will avoid it, even if it’s advertising itself as a diverse workplace and touting its diversity policies in promotional materials.

That’s what Google is trying to fix with its diversity workshops, but, as Adrienne LaFrance notes at The Atlantic, that’s not going to help without a genuine commitment to change in the workplace. Google and other tech companies need to shift their culture, which bias workshops may help with, but that’s not the end of it. They also need to be working toward changes in their culture, giving minorities a reason to apply beyond a pledge that they want to hire more diverse people.

No one wants to be hired on as part of a checklist of traits or as a token to improve a company’s demographic statistics, especially when being a diverse hire can expose someone to increased scrutiny, discrimination, and commentary in the workplace. Companies engaged with diversity issues need to reframe the problem; it’s not about making demographics “politically correct” but about taking advantage of a wide range of resources, experiences, and skill sets, which means that potential employees need to be enticed with a commitment to keeping the workplace safe and welcoming.

Diverse hires are often treated as though they should consider themselves lucky to be hired, even when they have the same (or better) skills than the people they beat out during the hiring process. Being told that you were hired simply because of what you brought to the table demographically isn’t good for morale, and it doesn’t speak well to a company-wide commitment to change culture.

The pressure to make more diverse hires has been met with public releases of diversity data, paired with promises to hold bias workshops and other diversity events as part of consciousness raising or awareness messaging. But do these initiatives really work, and are they enforced once the teachable moment ends and the instructor turns in the “visitor” badge and leaves the Google campus?