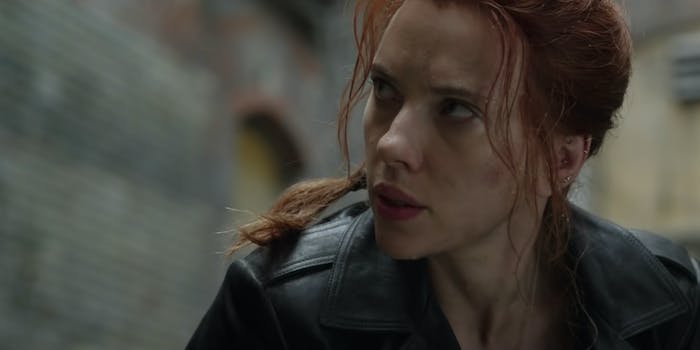 It’s been more than a year since the last film in the Marvel Cinematic Universe, Spider-Man: Far From Home, hit theaters, and it looks like we’ll have to wait even longer for the next one.

The next two Marvel movies, Eternals and Shang Chi and the Legend of the Ten Rings, will also be pushed back. Eternals will be moving to Nov. 5, 2021 from its previous Feb. 12, 2021 release date while Shang Chi will only be delayed by two months; it’s moving from May 7, 2021 (Black Widow’s latest date) to July 9, 2021. (While Disney didn’t include Marvel titles after Shang Chi, subsequent Marvel films are likely pushed back as well.)

Outside of Marvel, Disney has always pushed back the release dates of Deep Water to Nov. 13, 2021; Death on the Nile back two months to Dec. 18; and West Side Story back an entire year to Dec. 10, 2021. But Disney also moved up the dates of The King’s Man by two weeks to Feb. 12, 2021 and The Empty Man two months to Oct. 23. Two untitled films (one from Disney, one from 20th Century) have been taken off the schedule.

Notably, Pixar’s Soul, which some reports suggested might be shuffled to Disney+, is sticking to its Nov. 20 release date for now.

The reason for Disney’s latest release shuffle, like so many other studios, is apparent. While movie theaters are now open in most U.S. states, many people still don’t feel safe risking their health (and risking exposure to COVID-19) to go to a movie theater; experts don’t advise it, either. Domestic box office numbers for theater-only releases like New Mutants and Tenet that have been released so far aren’t promising. Within the past couple of weeks, Warner Bros. (which released Tenet) already pushed back Wonder Woman 1984 to Christmas Day, and Dune’s Dec. 18 release date is unlikely to hold.

While Disney has tested out a premier access level for Mulan, it’s not taking that route with any of its other releases so far. Instead, it’s pressing forward with theatrical releases, even if it means pushing back release dates by an entire year.

But for Marvel and comic book movie fans, that means that the only MCU-centric property of any kind set to be released this year is WandaVision, the Disney+ series centered around Scarlet Witch and Vision; the streaming platform revealed last week that the series will arrive on Disney+ in late 2020.