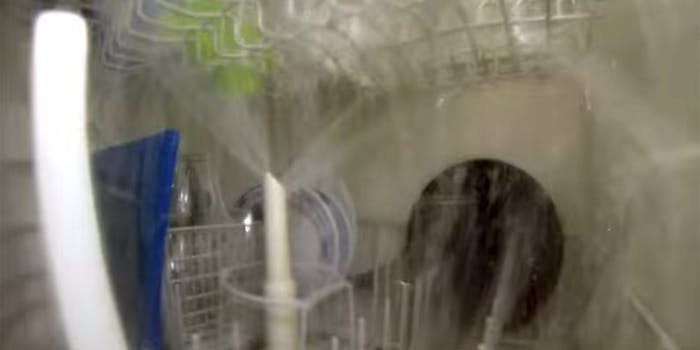 GoPro camera peeks inside the mysterious world of a running dishwasher

The GoPro's gone everywhere else on the planet. Now it's going to the last frontier of domestic life.

Thanks to their small size and apparent indestructibility, GoPro cameras have provided glimpses into places most of us have never seen, from a street-level tour of North Korea to the inside of a crocodile’s mouth. Now a GoPro has finally taken us to one of the most mysterious frontiers of modern domestic life: the insides of a running dishwasher.