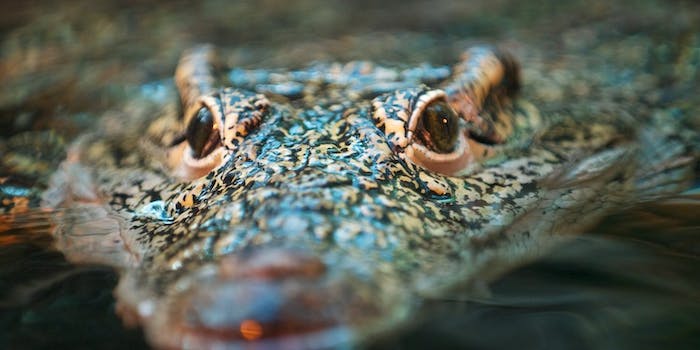 You're gonna need a bigger camera.

Chris Madden, a volunteer at an Everglades rescue center, was only trying to get some underwater footage of a crocodile when it started attacking his GoPro camera.

“As soon as anything touches the water he is in and looking to do some damage,” Madden told WTSP.

Madden made PVC housing to protect his GoPro, but when it came to crocodile teeth it didn’t have much of a chance.

Madden also recorded another video with an 11-foot alligator attacking the camera, but he and the camera made it out in one piece.