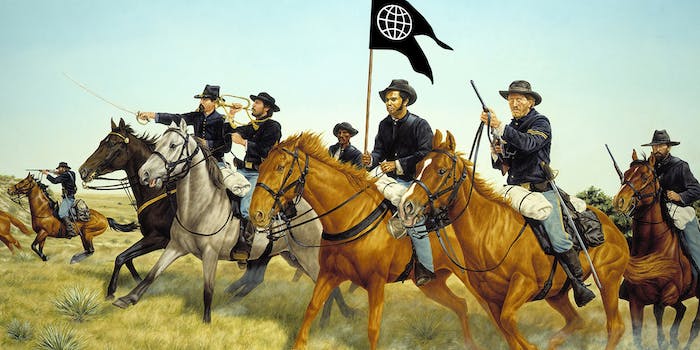 "By the time the Internet realizes what happened, it will be too late."

We have a huge problem in America, and it’s only getting worse.

I’m not talking about the education system or the economy. This is about the companies you pay to access the Internet. It’s about the corporations that give life to the cable outlet in your wall. These companies are merging at an alarming rate.

In the last four months, two deals have happened that will, if approved by the federal government, have a direct impact on the future of the Internet. In February, Comcast acquired Time Warner Cable, in a deal that will end horribly for consumers. This week, AT&T announced that is paying $48.5 billion for DirecTV, undoubtedly in response to the Comcast deal.

A rapidly decreasing number of companies will control how the majority of Americans consume content. Combined with the fleeting prospect of net neutrality, these companies could also control what content you consume. We have reached the point where a corporate-controlled Internet is no longer the ranting of the man with a tin foil hat, but a common conviction if changes aren’t implemented soon.

Don’t blame companies like Comcast and AT&T. Greedy profiteering is their purpose. It is our job to keep them in check. While we were posting cat videos on Facebook and sending tweets and snaps to people we’ve never met in person, our lack of awareness and an inept Congress have put in jeopardy the future of the Internet.

Comcast will almost certainly acquire Time Warner Cable without any substantial resistance. The deal will likely not be stopped by the Federal Communications Commission or the Department of Justice. With one of the strongest lobbying arms in the tech industry, Comcast has all but guaranteed the passage of this merger.

Last year alone, Comcast spent over $18 million lobbying the government for its interests, according to the Center for Responsive Politics—interests that will undoubtedly end up being detrimental to consumers, no matter how Comcast tries to spin it. Comcast has spent over $2.3 million this year, with over $1.5 million going to candidates for elected office in the upcoming 2014 election. John Boehner (R-Ohio) and Mitch McConnell (R-Ky.) have each received over $100,000 from Comcast in the last two years.

How did we get to the point where Comcast could essentially buy approval from the government to allow two of the most hated companies in America to merge? We allowed Citizens United—the Supreme Court ruling that money equals free speech—to exist without outrage from the public at large. Congress has been influenced by money for generations, but not to these levels, and not legally. Forget about what side of the aisle you reside upon, if you value the Internet as we know it, this has to change.

The Internet is the single most irrepressible entity ever created by mankind. It has liberated countries and empowered political dissenters across the globe. It has changed the way we do business, and connected separated families. It has torn down cultural walls that stood for decades, and has brought the world closer than ever before. For all of this to be at risk of being marred due to our apathy for what businesses do to boost their bottom line, and our government does in our name, is deplorable.

The Internet community doesn’t like to hop in a fight until harm is imminent. It took three months for the Internet to rise up after the Stop Online Privacy Act (SOPA) was introduced—and that was the biggest success so far. If you think these multinational corporations didn’t learn from that experience, you are sorely mistaken. They will take their time. And without resistance, they will dismantle the open Internet piece by piece until it suits their interests. By the time the Internet realizes what happened, it will be too late.

If these companies want to buy their way into a corporate-controlled Internet, we shouldn’t go down without a fight. Shutting down your Tumblr for a day, or tweeting a link once won’t stop this from happening. This will be a prolonged battle for the future of the open Internet, one that we cannot afford to lose.

Photo via the National Guard/Flickr (CC BY SA 2.0) | Remix by Jason Reed