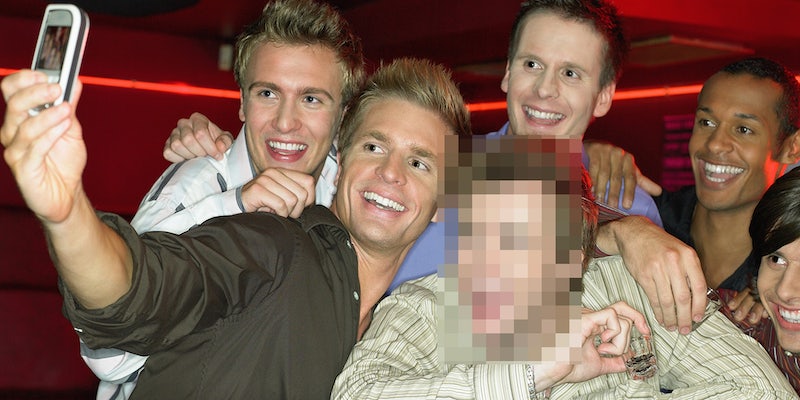 Celebrities have an obligation to take pictures with their fans

There's a time and a place for everything.

There’s a time and a place for the celebrity fan photo.

I was once at a party where a woman asked supermodel Naomi Campbell to take a selfie with her right after she emerged from a bathroom stall. That woman is lucky she was allowed to leave that party alive. No one should ever be asked to take a picture in front of a toilet.

The camera phone has turned everyone into a paparazzo. Anyone can snap a picture when a celebrity is not looking their best, is making a funny face, has food in their mouth, or happens to be yelling at someone across the room.

Celebrities and the humans who handle them are very careful about how a celebrity is photographed. They are always angled a certain way, their best side put forward. They show the perfect amount of teeth. But when anyone can take a picture from anywhere, the famous person loses all of the control.

The camera phone has turned everyone into a paparazzo.

Lately, we’ve seen a backlash from our famous friends over fans taking photos with their phones. After a fan recently took an Instagram video without her permission, comedian Amy Schumer announced she would no longer be taking pictures with fans.

Schumer posted a picture of the fan on Instagram:

The fan claims that Schumer did not tell the whole story and that he is currently being attacked on social media.

“I think she’s tried to paint some kind of picture of me that I am an aggressive guy and that I came up to her. If you see my video, you can tell that she wasn’t scared,” he said. “At the end of the day, I feel as though I did what every other fan would have done if they would have seen one of their celebrities.”

Justin Bieber recently followed suit, writing a short note on Instagram saying that he doesn’t want to take pictures with fans any more because they make him feel like an animal in a zoo.

What’s interesting in both of these cases is the concept of “celebrity as public property.” Schumer claimed that the gentleman who Instagrammed her justified it by saying “it’s America and we paid for you.” Was he somehow inferring that because fans buy things made by a celebrity they become employees and servants to those fans?

What level of access does a celebrity ‘owe’ their public?

It raises the question of what level of access does a celebrity “owe” their public. Do they owe their fans anything? Is a photograph a small price to pay for the many, many benefits that come with being a celebrity?

It’s important to talk about celebrities and money because celebrity salaries are deeply abnormal. Famous people are some of the biggest outliers in terms of salary in the American (and global) economy. According to the website Celebrity Net Worth, Bieber makes about $60 million a year (a low estimate).

The average kindergarten teacher who sets the foundation for your children’s future is paid about $39,198. Bieber’s annual salary is 1,530 times this amount.

The average salary for a police officer who keeps your streets and homes safe is $52, 810. Bieber could pay to keep 1,136 police officers employed for a year.

Some celebrities, like Schumer, are paid to star in a television show and in movies. Bieber is paid to perform in concerts and make albums. But many celebrities are also paid just to be famous, to show up to places, to have their pictures taken. Are famous people paid such a premium above other humans that they have given up their right to privacy, to say no to a fan photograph?

The fact of the matter is that fan support is what keeps famous people famous.

No one deserves to have their privacy taken from them, no matter how many millions of dollars they are paid a year. But celebs should think twice about publicly complaining and putting down their fans.

The fact of the matter is that fan support is what keeps famous people famous. Without fans famous people wouldn’t have nearly the same level of egregious earning power. Like it or not, celebrities owe a lot to their fans.

Because of this bizarre capitalistic symbiosis, fans and celebrities must learn how to play nice together on the playground of life.

If fans and famous people could agree to some rules of engagement, no one would get hurt or feel badly when it comes to the taking of celebrity selfies and photographs.

Jo Piazza is an award-winning journalist, editor, digital content strategist and author. She is the author of Celebrity, Inc. Her novel with Lucy Sykes, The Knockoff, became an instant international bestseller. She is currently working on a memoir entitled How to Be a Wife. Follow her on Twitter @jopiazza.