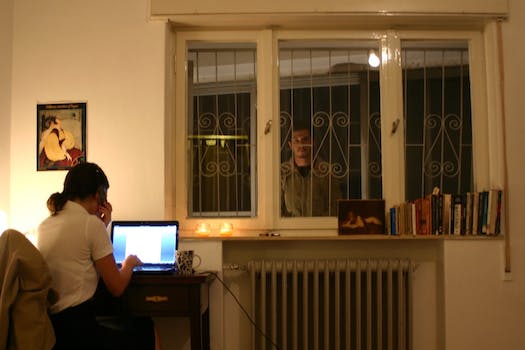 Hint: It's not about the Internet.

In the world nothing can be said to be certain, except death threats and taxes. The new Internet landscape is one in which threats seem a dime a dozen, whether it’s stalking and outing innocent book bloggers who express opposing views or harassing prominent social figures. Women in particular tend to bear the brunt of such threats, which are often attributed to “the Internet,” but they’re about more than that: They’re about increased exposure for challenging ideas and resistance to change.

At the Guardian, Stuart Jeffries writes of death threats that we’re experiencing a growing problem as the number rises and the ability to evaluate them becomes more complicated. The Internet has facilitated the ability to quickly dash off a nasty tweet or Facebook message, and thus, if police acted on every single instance, they’d spend all their time running down suspects. However, some threats feel very real and intimidating: The sender may threaten to come to your house, especially concerning if the potential assailant is known to own guns or behave aggressively.

In the world nothing can be said to be certain, except death threats and taxes.

It’s becoming a big problem as death threats become increasingly commonplace. Gamergate in the U.S., for example, has dragged on for months as a group of dedicated misogynists is attempting to run women off the Internet for daring to talk about gaming. Meanwhile, people receive death threats for everything from posing with images of dead animals to being an atheist in Turkey. Some, like the ACLU, are even trying to argue that such threats constitute free speech.

Conversations about the problem may narrow it down to a world in which instant short communication is easy and untraceable communications relatively so, but that’s not the real issue. The deeper problem is that our global media landscape increases exposure, which means that people with challenging and controversial ideas rise to prominence, the voices of minorities are amplified, and, yes, people who do offensive things suddenly find themselves plastered on global media.

People receive death threats for everything from posing with images of dead animals to being an atheist in Turkey.

Perhaps killing a beautiful animal is a tragedy, something that should be mourned, but it became an international news story because of how easy it was to distribute. And maybe increasing diversity in media is important, but it didn’t become a global conversation until groups like We Need Diverse Books had the Internet to leverage. Twitter and other social media platforms have provided a landscape ideal for getting voices out; you don’t need a New York Times column to advance social views anymore when you can acquire thousands of blog and social media followers.

Having one’s worldviews challenged can be incredibly emotionally stressful, especially when critics are asking for a fundamental rethinking of how you view the world. “The desire to prove ourselves right and maintain our current beliefs,” writes the Guardian‘s Tomas Chamarro-Premuzik of the confirmation biases that dominate the Internet, “trumps any attempt to be creative or more open-minded. And besides, most people see themselves as open-minded and creative, anyway.”

When people stumble upon information that disrupts their worldview, it’s scary—which is why Internet users tend to try to stick to comfortable bubbles of similar attitudes.

Many people respond to that discomfort not by opening up, but by trying to invalidate the challenger: It’s easier to say that racism doesn’t exist, for example, than to listen to the members of #BlackLivesMatter and to sit down to have a conversation about police reform.

Connecting with challenges can require thinking about personal complicity or developing sympathy for a cause with which you might not be familiar. Information that’s radically new because it’s never been encountered before can feel almost threatening—thus, the response often takes the form of threats. One goal is simply to silence people so they’ll stop causing discomfort by speaking up.

When people stumble upon information that disrupts their worldview, it’s scary.

The other, more subtle goal is to invalidate their arguments by getting them to shut up. If someone puts herself out there to explore social issues and challenge the norm, and backs down when threatened, some argue that this proves the trolls right. After all, if she’d really been backed by logic and the force of truth, she wouldn’t need to go into hiding when confronted with the brilliant logic that she should die in a fire.

Navigating politics within the world of the Web has become a tangled experience, one with many risks and benefits. One huge benefit is the ability to be heard loud and clear; organizers and social issues aren’t limited to a few public figureheads or individual grassroots campaigns that struggle to spread beyond local communities. There’s a vicious flip side of that, though, as organizers become known by a wider and often hostile community.

When Dr. Martin Luther King, Jr. fought for social equality, he was a prominent face of black liberation—and he was also the subject of constant death threats before his assassination in 1968. The black leader represented a huge community, taking a tremendous risk—that he acknowledged in his very last public speech—by standing before the public. Today, leaders of such stature still exist—but so do vast, collective movements and smaller voices who also work to promote social change.

Within #BlackLivesMatter, for example, threats against organizers and those participating in the hashtag are ubiquitous. Participating in a movement for anti-racist social change is emotionally stressful but also physically dangerous, just as it was for King. While those individual threats might not always be as serious as those leveled against King, in aggregate, they’re worrying. They also demonstrate that being outspoken is dangerous, especially since police rarely take threats seriously, as Anna Merlen wrote for Jezebel.

“The police are particularly disinclined to view online threats as urgent,” she wrote of her own experience with being stalked by 4channers. “There are pretty good harassment and stalking laws on the books in most states that could be used to prosecute people who make clear threats online. But something about the online environment makes police lose interest.”

If she’d really been backed by logic and the force of truth, she wouldn’t need to go into hiding when confronted with the brilliant logic that she should die in a fire.

This isn’t a problem of Internet manners and uncivil disagreement, people unwilling to play nice on a playing field that includes a diversity of voices and commentaries. The problem of death threats is fundamentally an ancient problem, that of what happens when society is pressure to change. All the comment moderation and anti-abuse policies can’t solve this problem, though it would certainly make the Internet a more pleasant place to be.

Pushing through and providing as much logistical protection as we can, is the real solution. Changing minds is hard and dangerous work, but it’s the only way to force people to change the way they think and speak. Change doesn’t happen overnight, and those who go on the line to make that change happen shouldn’t be told that they’re experiencing threats “because that’s the way the Internet is” when the real problem lies much, much deeper.

This is a problem not of medium but of ideology, and it always has been. The medium has simply facilitated it.