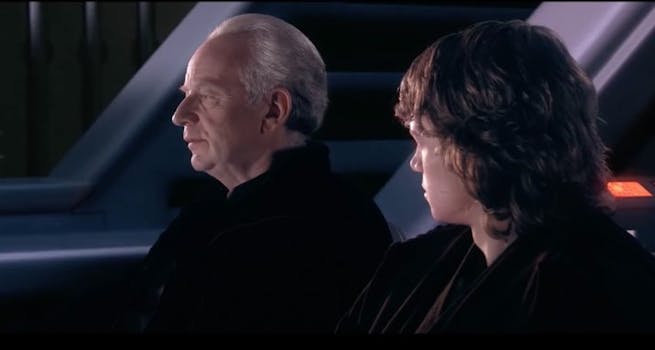 Screengrab via Revenge of the Sith/Lucasfilm

He IS the Senate.

The Star Wars prequels, what are they good for? Until recently, the answer was “absolutely nothing,” but now a number of scenes and characters from Episode III have emerged as dank new memes. And no one’s benefitting more than the big baddie of the trilogy, Chancellor Palpatine.

The tragedy of Darth Plagueis the Wise

“Did you ever hear the tragedy of Darth Plagueis the wise?” Palpatine asks Anakin Skywalker in one crucial Episode III scene. Palpy is creepily alluding to his former Sith master, whom he murdered in his sleep. But the line has become a perfect non-sequitur catchphrase in the meme world, especially on Reddit’s r/dankmemes and r/me_irl.

You can drop it in almost anywhere. Here, someone’s using it to troll a local news site: 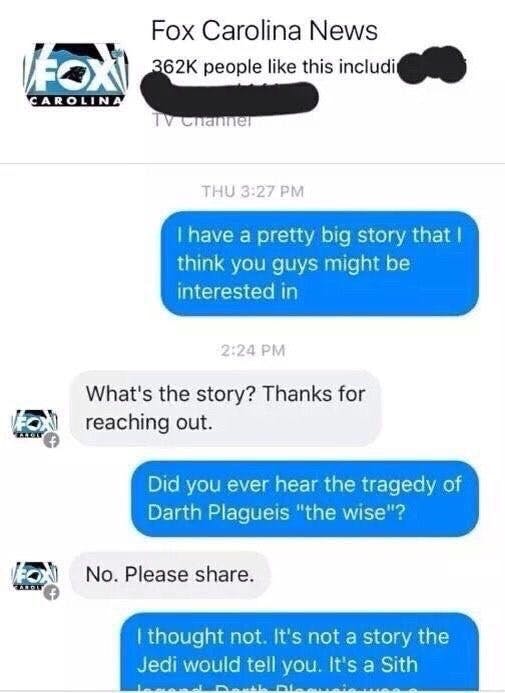 Here it is in webcomic form: 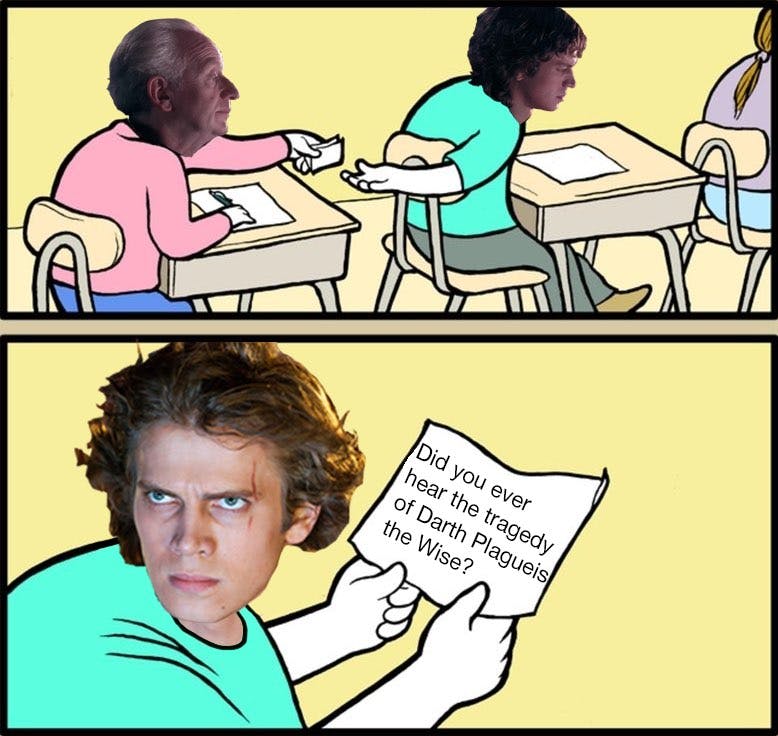 And here’s a mashup with Gru from Despicable Me: 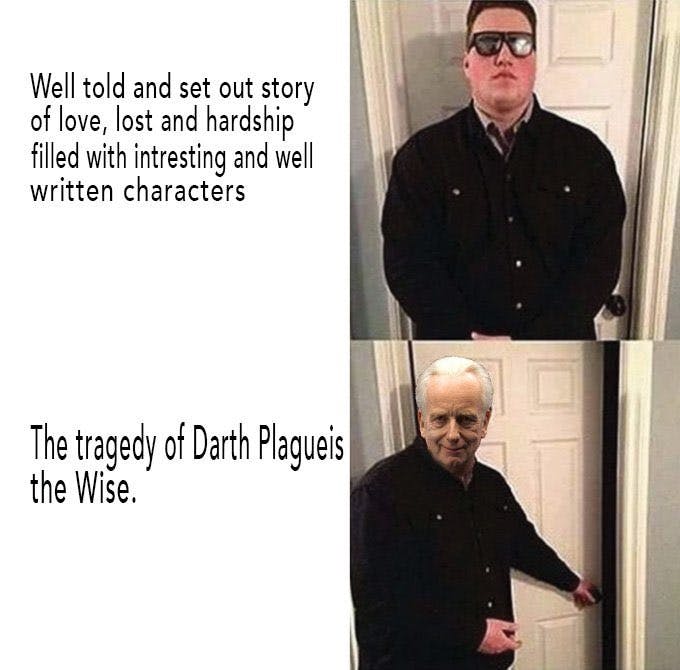 And here’s a surprising revival of the Bayeux Tapestry meme, which has been gathering dust for years: 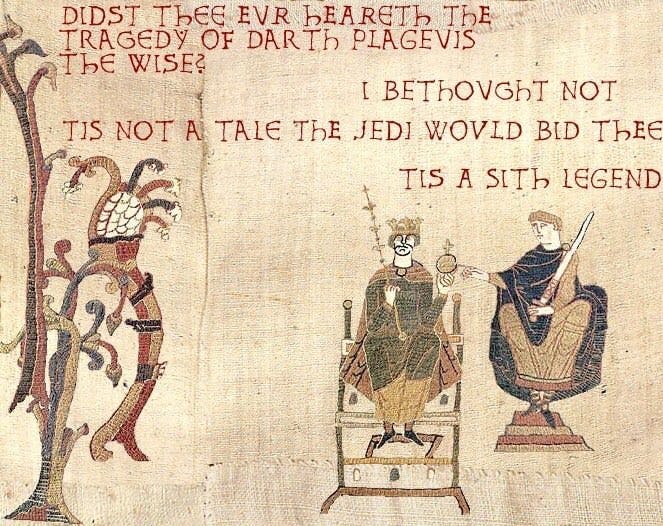 And the “babe come over” meme: 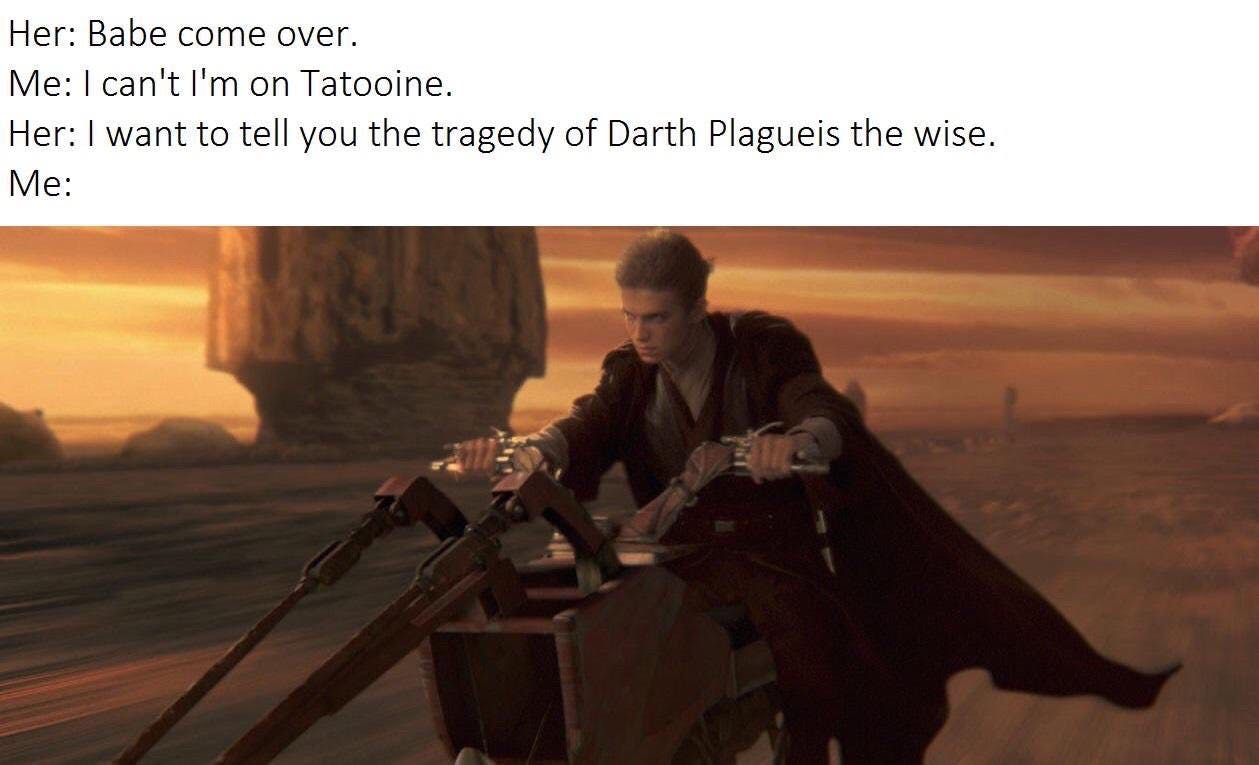 Palpatine and his murderous, over-acted tragedy are everywhere! Also, did you know that he is the Senate?

I am the Senate

Will the Galactic Senate of the Republic decide Palpatine’s fate? Sure, but remember: The Jedi have trusted him with too much power, and now he is the Senate. “I am the Senate” is another catchphrase that’s been spammed all over dank meme subreddits this week. 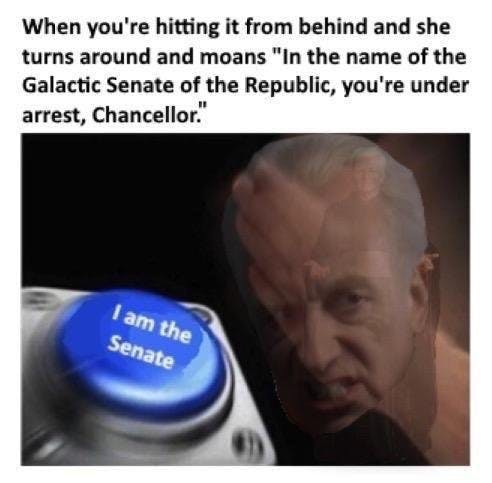 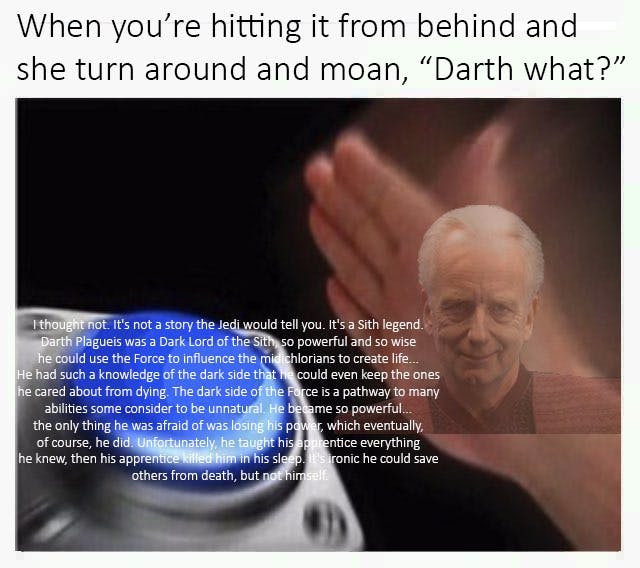 Here’s an Avengers mashup, with the Senate in place of the Incredible Hulk: 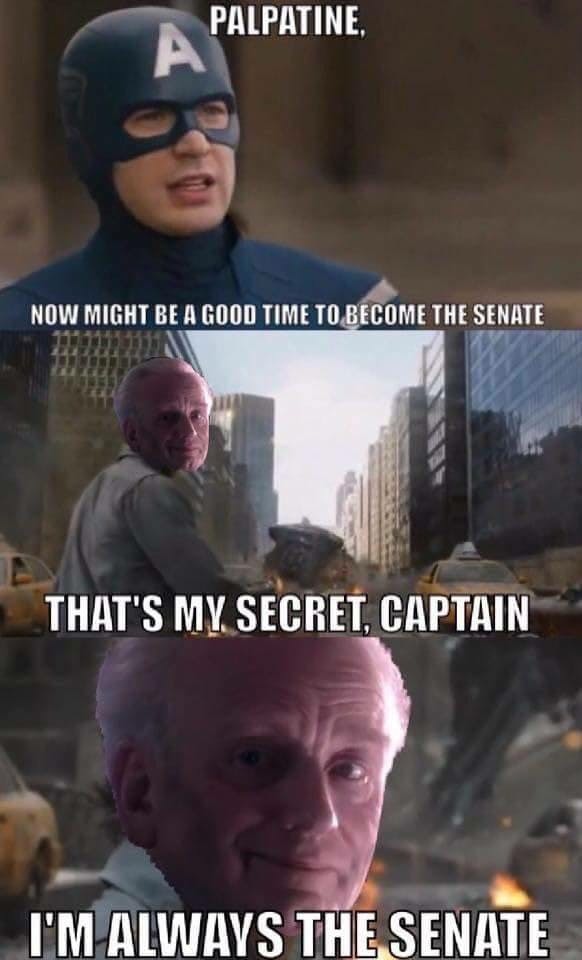 And one of those “before and after” memes. R.I.P. Mace Windu and friends.  Shouldn’t have messed with the Senate. 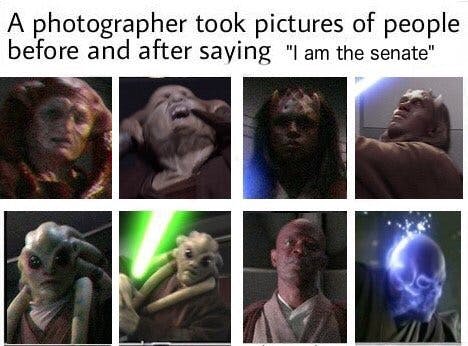 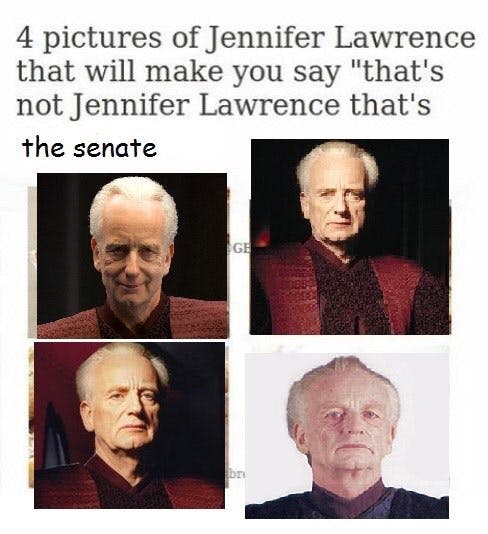 And the “this is the ideal male body” meme: 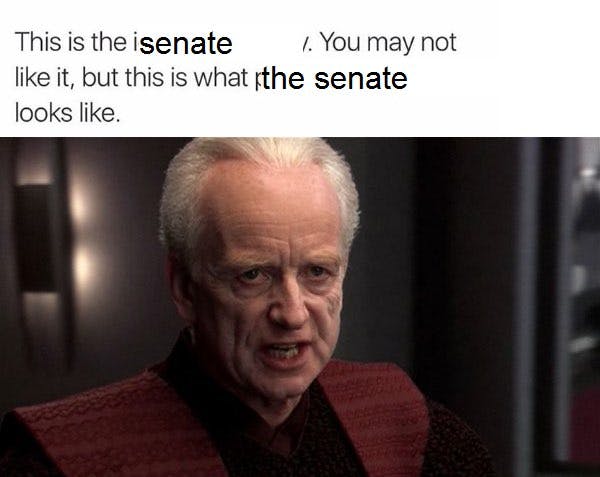 These two Palpatine are part of a larger resurgence in Star Wars prequel memes that began in December, just before the release of the new Star Wars film, Rogue One. It began with a joke about the four-armed robot baddie General Grievous. That dude is always adding things to his collection: 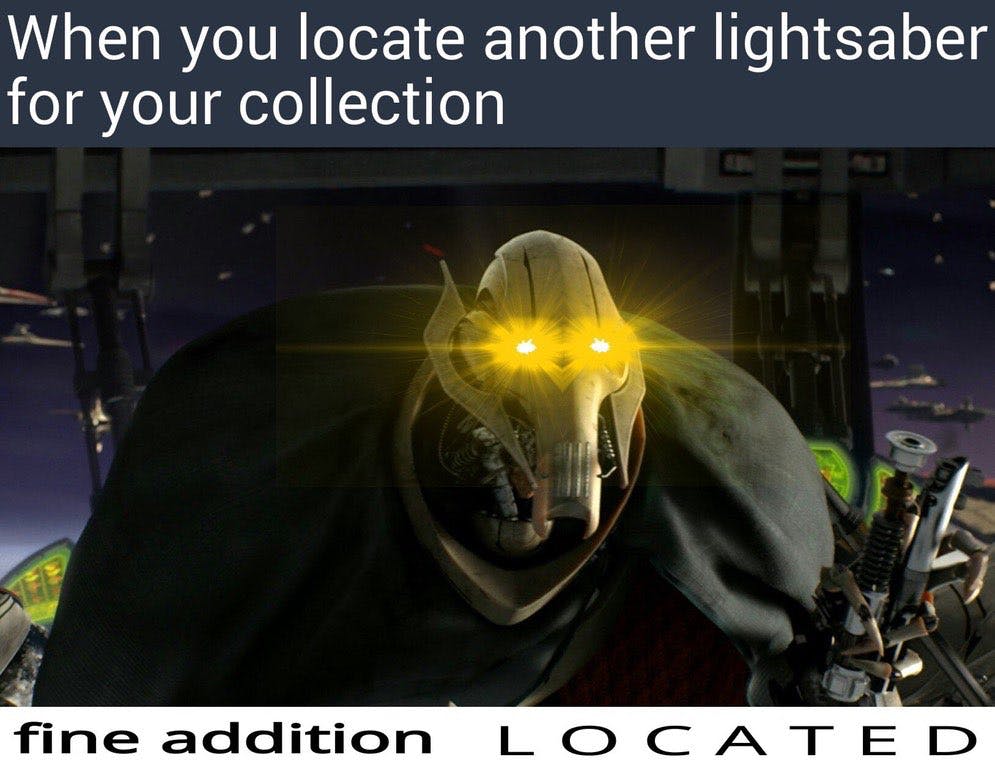 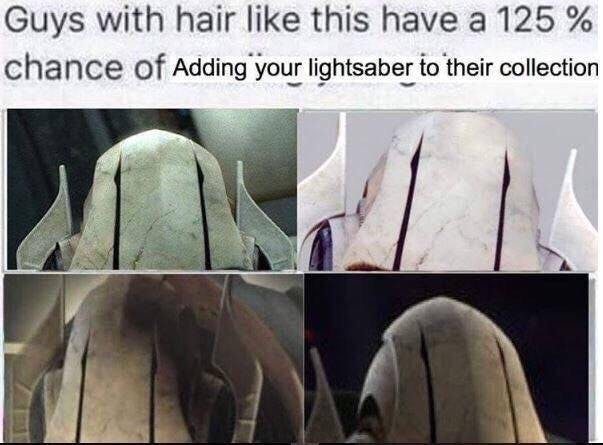 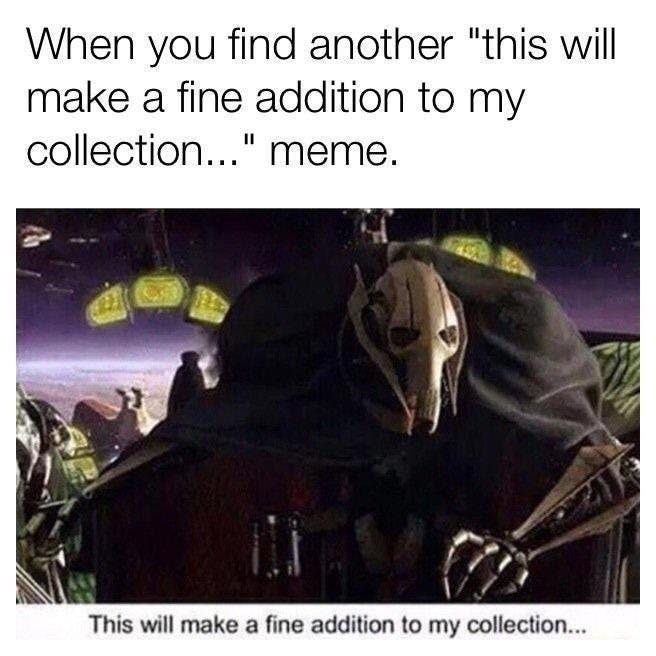 That led into a January that’s been increasingly dominated by Chancellor Palpatine memes, as well as various jokes about Obi-Wan Kenobi having the higher ground.

They’re likely to fade away as more original content begins to pop up in February and March, but for now, this is what the meme landscape looks like: It is the Senate.