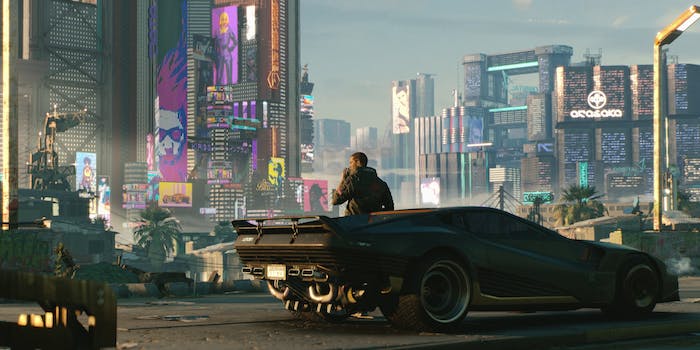 The game is full of glitches and bugs.

Between the often-NSFW glitches, the seizure-inducing visuals, and the accusations of transphobia, Cyberpunk 2077 is not off to a good start. In fact, the game faces so much backlash that its developer CD Projekt is now offering refunds to disgruntled customers.

In a statement posted on Twitter, CD Projekt’s top executives apologized to gamers and promised to “fix bugs and crashes, and improve the overall experience.” One of the key complaints was that Cyberpunk 2077 performs very badly on PS4 and Xbox One. So if you don’t have a brand new PS5 or Xbox Series X or S (consoles that only came out last month), you’re probably in trouble.

Gamers have been sharing their complaints on the hashtag #Cyberbug2077, reporting a wide variety of glitches and bugs. Since many people pre-ordered the game months in advance, they’re doubly unhappy with the problematic launch.

CD Projekt’s apology promised a new round of updates within the next seven days, with “two large patches” in January and February. These will supposedly “fix the most prominent problems” for last-gen consoles like PS4. Meanwhile, gamers have the option of asking for a refund until Dec. 21. So if you bought Cyberpunk 2077 as a Christmas gift, you need to act fast.

In addition to the game itself being controversial, the updates themselves are a divisive issue. Gamers are increasingly aware of “crunch,” or games industry employees being forced to work punishingly long hours to complete an expensive game like this one. CD Projekt already has a very poor reputation as a workplace, and itb implemented mandatory overtime to get Cyberpunk 2077 out by December. These new updates and patches will require even more crunch time.