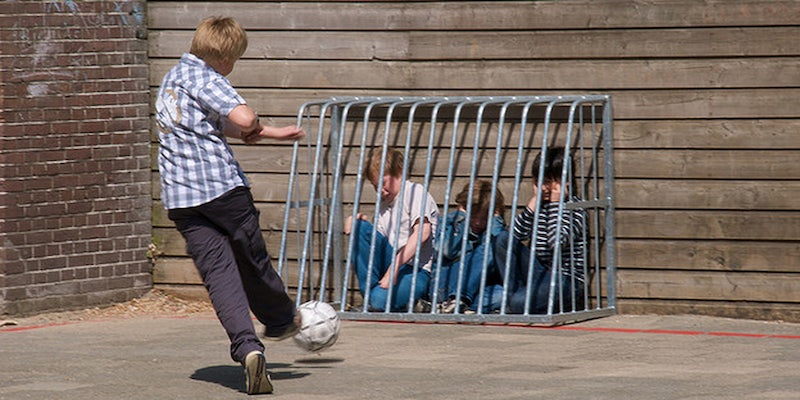 Calls to U.K. cyberbullying hotline double in a year

Do the numbers imply a sharp increase in cyberbullying, or just that more kids are seeking help?

Calls to a U.K. bullying helpline regarding online abuse have almost doubled in a year.

The figures, aligned with a drop in the number of calls about schoolyard bullying, suggest a mass migration of teen bullies to the Internet, where it’s harder for parents and school officials to hold them accountable.

From 2012 to 2013, 4,507 kids called ChildLine to seek help for cyberbullying—that’s a dozen kids a day. ChildLine, run by the National Society for the Prevention of Cruelty to Children (NSPCC), provides free over-the-phone counselling to young people.

There’s one important caveat, however: There’s a chance the hotline is getting more calls not because more kids are getting abused, but because public education programs are working, and more kids are seeking help when they need it.

Still, the numbers do back up a wealth of anecdotal evidence over the past year that’s hinted of a cyberbullying epidemic in the North America and the U.K.. In two separate, high-profile cases in Canada, teens Rehtaeh Parsons and Amanda Todd committed suicide after years of harassment and bullying. And just this week, 14-year-old Hannah Smith was found hanging in her Leicestershire home after antagonizers on Ask.fm urged her to drink bleach. It was at least the seventh time in a year a child had taken his or her own life over attacks on the site.

Bullying online is easier because kids can hide behind relative anonymity in a world their parents and teachers often struggle to understand.

‘When I was young you could at least escape the bullying when you got home from school and closed the front door behind you,” NSPCC chief executive Peter Wanless told the Daily Mail. ‘But now it follows children into their homes, into their bedrooms via mobile phones and laptops.’

The figure is up by 87 percent from 2,410 in the previous year. More than 700 calls came from children aged 11 or younger, while girls are thrice more likely to call than boys.