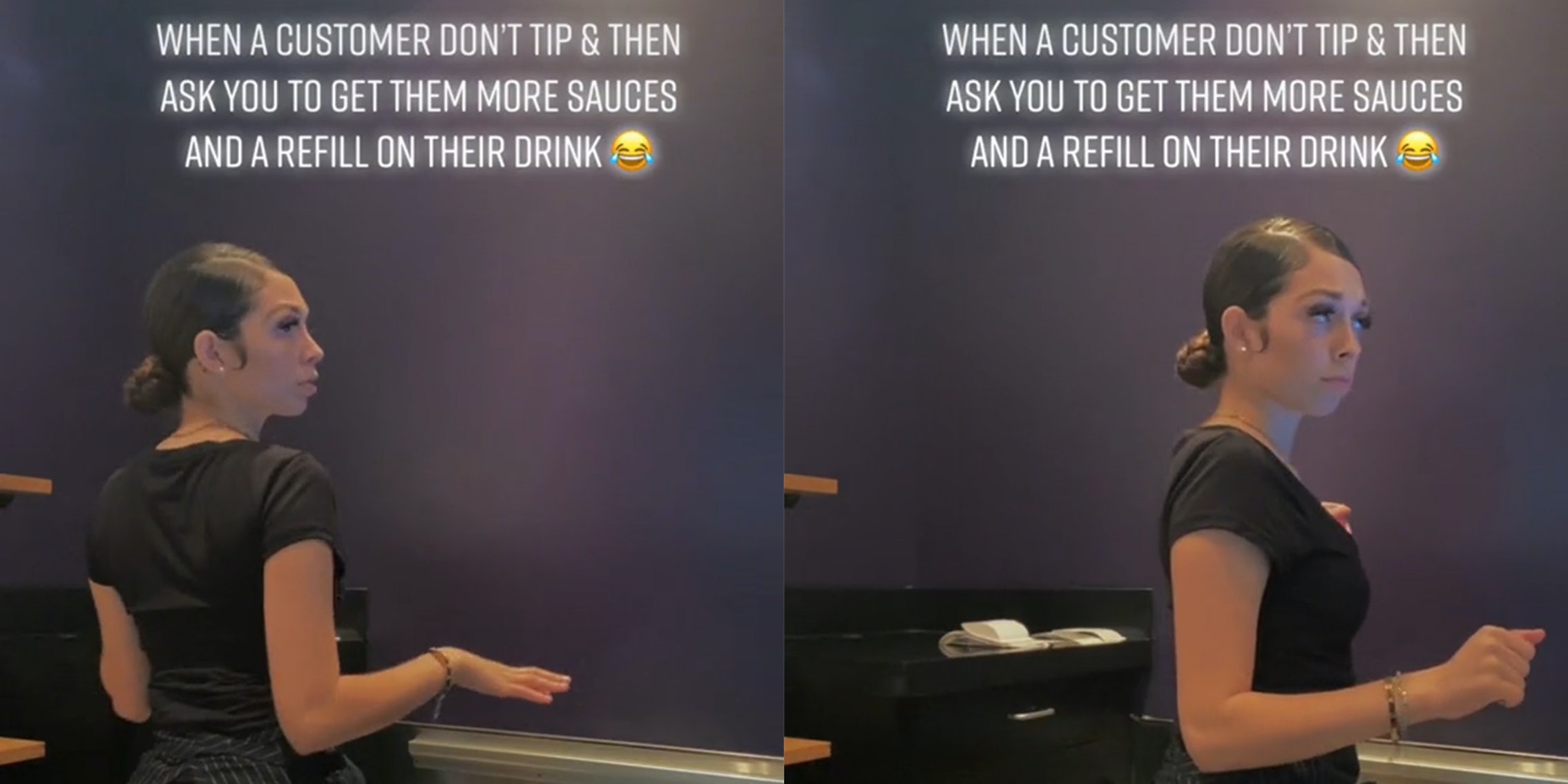 'They asked for a group picture and I just told them no.'

Tipping culture is always a hot topic on TikTok—especially the debate over what to do when a customer doesn’t tip. This week, there’s another viral TikTok taking aim at stingy customers, sparking supportive responses from others in the service industry.

Posted by TikToker @nenegirlllll_, the five-second video is captioned, “When a customer don’t tip & then ask you to get them more sauces and a refill on their drink,” explaining that the customer tipped $0 on a $120 order. The TikTok shows her pretending to respond to the customer, lip-syncing along to the viral audio, “Mm-mm, get somebody else to do it.”

With 133,000 views in one week, this TikTok clearly struck a nerve. Most of the comments were positive, with people bemoaning their own experiences with bad tippers in the service industry.

“I love when they ask me for boxes when they don’t tip well,” one commenter sarcastically wrote. “you gonna finish your meal or leave it idc not my problem not bringing you a box.”

“I use to work at a place that you paid on the QR code and they tipped me $2 on $160,” wrote another. “They asked for a group picture and I just told them no.”

One of the common responses to the tipping debate is that it’s not the customer’s responsibility to pay servers. People often argue that service workers should do their jobs well no matter what, and it’s up to their employers to offer better pay. However this argument doesn’t tackle the reality of the minimum wage for tipped workers, which in some states is as low as $2.13 per hour, banking on the assumption that the worker will receive a lot more money in tips.

Also, in the words of one response to this TikTok, “the ones saying that they need to tell their manager to pay them better wages, if they do that the manager will have to raise prices on the menu.” And while workers might not expect to receive a tip on every single coffee order, it’s pretty normal to feel frustrated if a customer pays a $120 bill without tipping their server.

The Daily Dot has reached out to @nenegirlllll_ via TikTok comment.