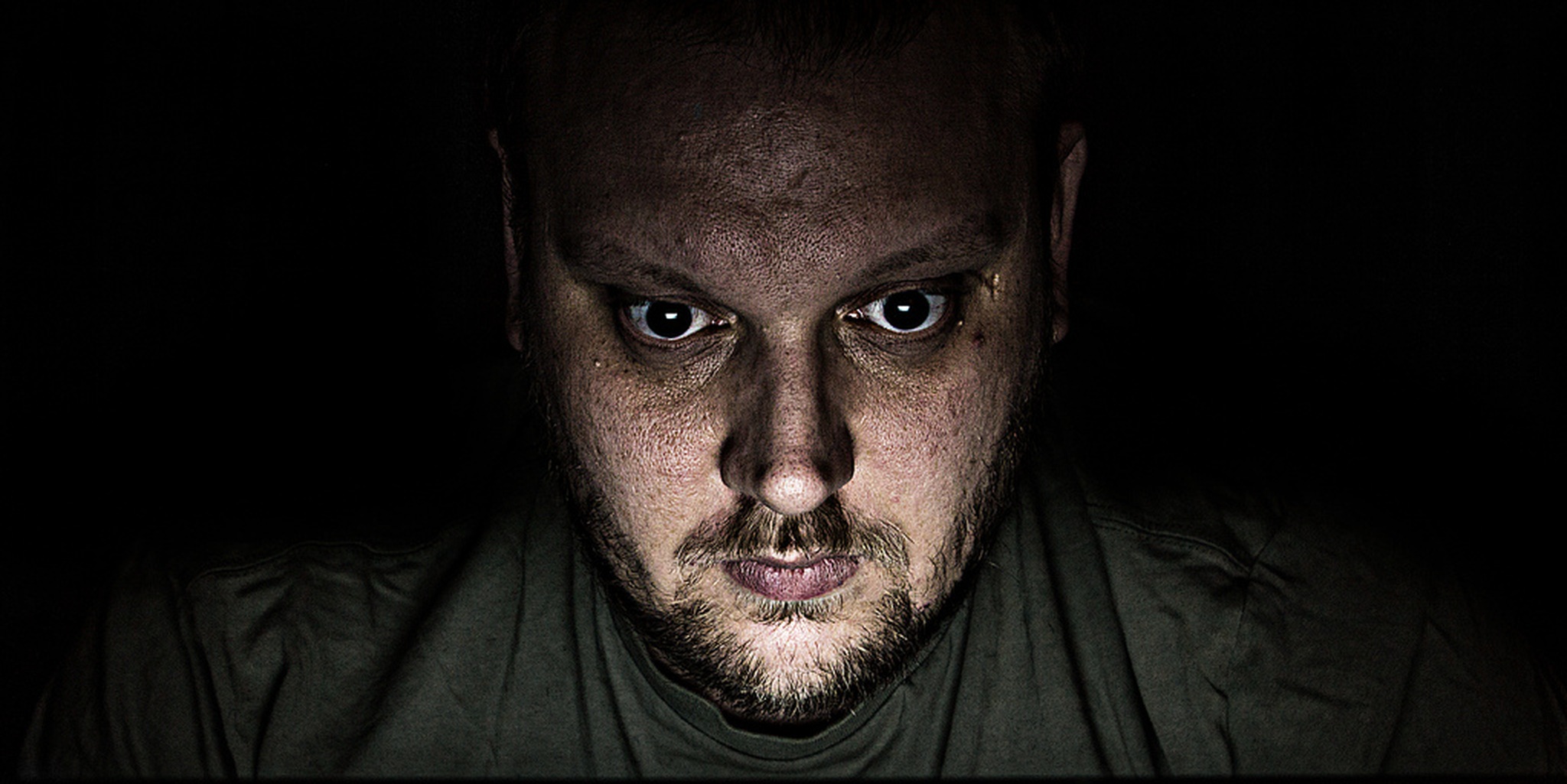 CBS thinks it can keep milking the 'CSI' franchise, but 'Cyber' may be the limit.

The idea of “beating a dead horse” does not exist in television. Now matter how lifeless that horse may seem, if there’s money to be had, then the beating will commence. CSI’s decided to take up the whip with a show that looks, at first glance, like it will be a major failure, but the venerable network might just be able to pull it off.

Meet CSI: Cyber. Coming on the heels of CBS’s already massively successful Crime Scene Investigation franchise, the latest spinoff took one step closer to our television screens this week, when it was announced that Beverly Hills, 90210 star Luke Perry would be joining the show’s rapidly expanding cast. As of now, actors Patricia Arquette, James Van Der Beek, and Shad Moss (a.k.a. Bow Wow) are already confirmed. As you might expect, the plot of the series will center around cybercrime, specifically focusing on a division of the FBI that “targets illegal activities that start in the mind, live online, and play out in the real world,” according to TVLine.

With CSI: Miami and CSI: NY off the air, CSI: Cyber is actually set to be the only CSI installment currently on television, minus the original CSI: Crime Scene Investigation, which is still going strong(ish) in its 15th season. But what makes Cyber different from its predecessors is its relationship to the CBS brand. Because although another CSI isn’t an illogical choice for CBS, this particular CSI kind of is.

First and foremost, the concept of CSI: Cyber feels markedly outdated. The CSI template’s clearest influence is NBC’s Law & Order franchise, the flagship version of which premiered in 1990, becoming perhaps the ultimate of all network procedurals. From its inception, Law & Order, as well as its several successful spinoffs, made “ripped from the headlines” stories a hallmark of its structure. But while CSI was never as focused on the same kind of hyper-current approach that Law & Order made a staple (despite having tried it out occasionally), the show did feel remarkably current when it premiered in 2000.

CSI made calculated use of the growing field of forensic science, showing how the most interesting part of crime-solving could be the technical procedures that go on behind the scenes, rather than the “knock and talk” method featured in every episode of Law & Order. This led to an influx of other procedurals which were more science-y, so to speak, such as the FOX juggernaut Bones and Showtime’s serial killer yarn Dexter, as well as a rise in demand for docu-dramas like truTV’s Forensic Files (which premiered a year earlier but only grew in in popularity as CSI did). And most remarkable of all, CSI led to a spike in individuals with a desire to enter the field of forensics and prompted many juries around the country to seek more evidence in real life trials. Though it’s hard to believe after so many years on the air, the show truly was revelatory when it premiered.

Cybercrime, however, is nothing new. Not in 2014, anyway. In 2014, the concept of cybercrime is almost aggressively familiar. It’s possible that with recent notable breaches in Internet security like the Target scandal or Celebgate, CBS decided that it was time to create a show that could capitalize on the growing privacy concerns of pretty much every American. We are living in a post-Snowden world, after all. But it’s not like other procedurals aren’t tackling stories about cybercrime already. Law & Order: SVU can hardly go a single episode without tying in the Internet somehow. Meanwhile, other CBS shows like this season’s Scorpion and 2011’s Person of Interest focus on crime-fighting with heavy help from technology, albeit in a less rigidly procedural format.

On top of this, the proposition of CSI: Cyber doesn’t really gel with the other CSIs CBS has produced over the years, at least not stylistically. CSI became noteworthy and notorious for its gratuitous penchant for blood, guts, and other grotesqueries. Its disgusting yet casual violence also led the way for a new breed of network procedurals which have frequently been criticized for their near constant brutality, especially toward women. No matter where you stand on the franchise, however, the commonality is that it’s always been extremely visceral; Quentin Tarantino directed an episode at one point. This is why it’s hard to imagine a version where the crime scene starts online, without the in-your-face physical horror that the rest of the CSIs have made their name on. That’s not to say that the Internet can’t be a horrific place too. But investigators of the cyber unit aren’t as likely to have to enduring things like watching a rat crawl out of a dead woman’s mouth.

That CSI and other CBS shows are so violent is interesting, considering the demographic the network is known for—old people. But apparently these older viewers aren’t as concerned about violence in the media as much as all the young whippersnappers out there might think, because they routinely help to make CBS the No. 1 network on television.

Yet this is another reason why CSI: Cyber feels like an odd choice for CBS. By putting CSI in front of it, CBS has effectively made sure that Cyber won’t be looked at as anything more than another network procedural. And by hiring actors like Arquette, Perry, and Van Der Beek (Dawson himself), they’ve continued their tradition of giving former TV stars a shot at reinventing themselves through said procedurals. The most notable instance of this was David Caruso, on CSI: Miami. But CBS’s even more successful procedural franchise, NCIS, has also gone this route, casting Mark Harmon as the lead on the original and Scott Bakula in the brand new NCIS: New Orleans.

What appears to be happening with Cyber is that CBS is trying to have it both ways. The network clearly wants to do the kind of procedural that fits its brand, which is one that includes older stars and falls into a familiar franchise. But by choosing to focus on cybercrime, it’s also trying desperately hard to look contemporary, while failing to realize that an examination of cybercrime a) doesn’t really work as a traditional CSI show, and b) isn’t that contemporary either.

Furthermore, depictions of technology on TV are problematic enough as it is. The last thing anyone needs is another show that’s going to dumb cyberspace down and throw out answers like “hacking” or “the Deep Web” for everything. For younger viewers, such broad generalizations can be very glaring.

Then again, if you can only pick one network to bet on, the safest bet is always CBS. While CSI: Cyber could in theory drive away older viewers who have more fears regarding technology, it’s also worth remembering that these are the very fears the network is probably hoping to cash in on. As the CSI franchise and other procedurals demonstrate, people enjoy watching cautionary tales about what a dangerous world we live in. And though younger viewers are more likely to spot errors in depictions of the digital landscape, it’s worth remembering that CBS isn’t just a network for old people—sure, their median viewer age is 56, but they’re also No. 1 among the coveted 18-49 demographic. So, while younger people are watching more TV online, the one major network they are consistently tuning into when they do turn on actual television sets is, surprisingly, CBS. Not to mention that the original CSI’s portrayal of forensic science has long been proven to be embellished, so a little embellishing about cybercrime would only be par for the course.

On paper, nothing about CSI: Cyber should work. The early details suggest a show that can’t decide what it wants to be or who it wants to be for. But although it gets made fun of for being your Grandpa’s network, CBS is smart. Hearing “CBS” and “Cyber” in the same sentence sounds a bit strange at first, but slowly, CBS is starting to correct this. It has even taken a page from HBO, offering its own streaming-only service. Perhaps this will bring some of those younger cord-cutters whom the network was never associated with to them. And perhaps it doesn’t matter, since they already have plenty of younger viewers, older viewers, and viewers in the middle.

We can’t count CSI: Cyber out yet. It doesn’t sound like the show about technology that we want, or that we need, but the network’s track record is impeccable, and if anyone can pull this show off, it’s CBS, no matter how ridiculous it looks at first glance.