Who is this dude?

Whatever its faults, Pokémon Go has succeeded in highlighting public artwork and neighborhood landmarks that players would otherwise totally overlook. In Toronto, for example, there’s a statue of a mysterious character known to Pokémon trainers as “Cross Guy.” 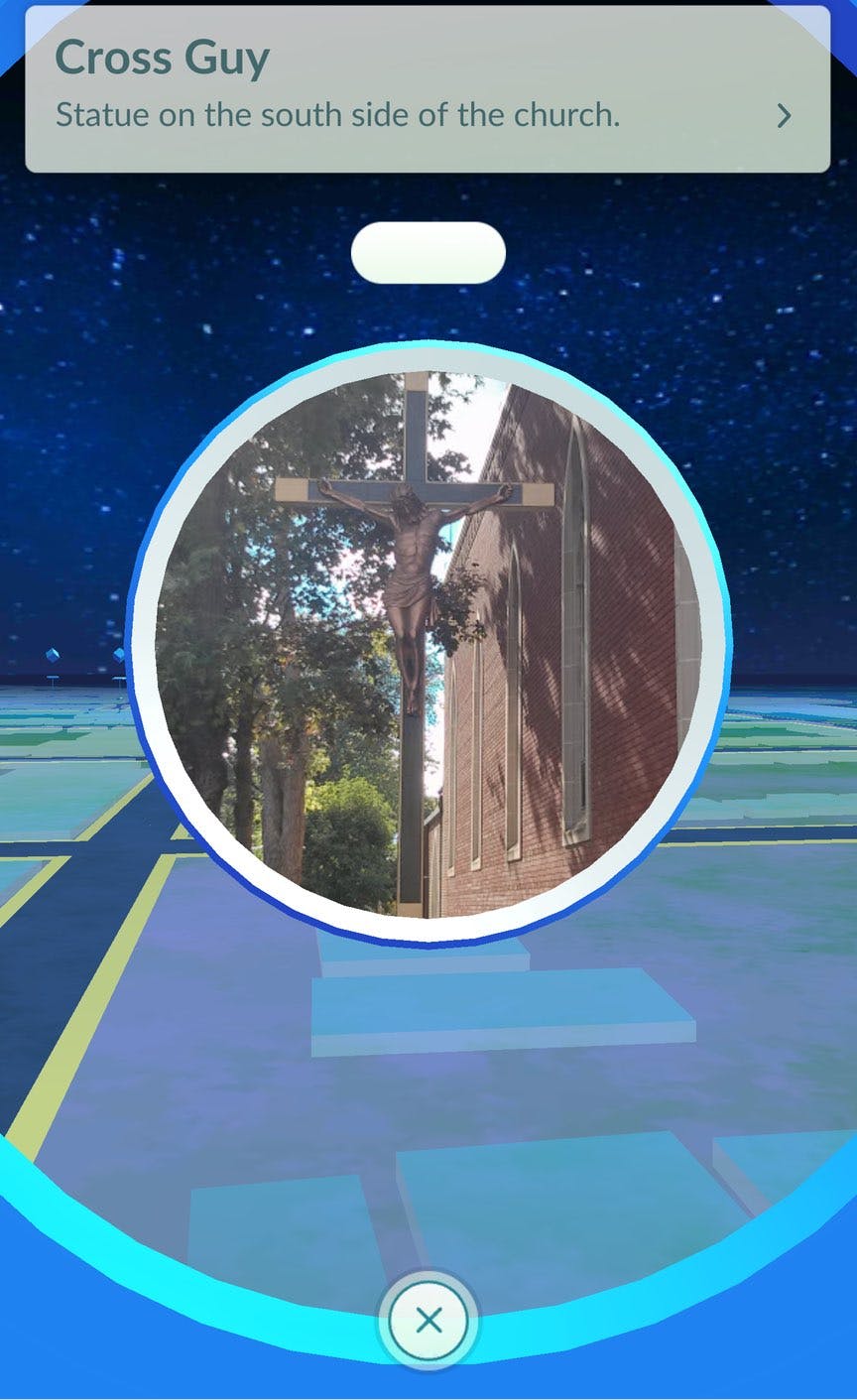 Who is “Cross Guy”? It’s not entirely clear, but it’s said he lived during the first century A.D. and was an early proponent of Team Mystic.

Kidding, kidding. But how did a crucifix come to be known as Cross Guy in Niantic and Nintendo’s casually blasphemous Pokémon game?

Most likely, a player of Ingress put it there. Ingress was the alternate reality gaming predecessor to Pokémon Go, built by the Niantic team when they were still at Google. It relied on players to submit landmarks, and these “portals” in Ingress became PokéStops in Pokémon Go. (If you see a landmark that’s a few years out of date, it’s because Ingress began building the database years ago.)

So, after what might have been years of languishing in obscurity, the Cross Guy joke has started to go viral on Reddit, on Tumblr, and on gaming blogs—thanks to Pokémon.

Honestly, it could be worse. It could be a Mouthful of Seamen, the name of an actual mural that became a Pokéstop in Las Palmas Colonia, Texas: 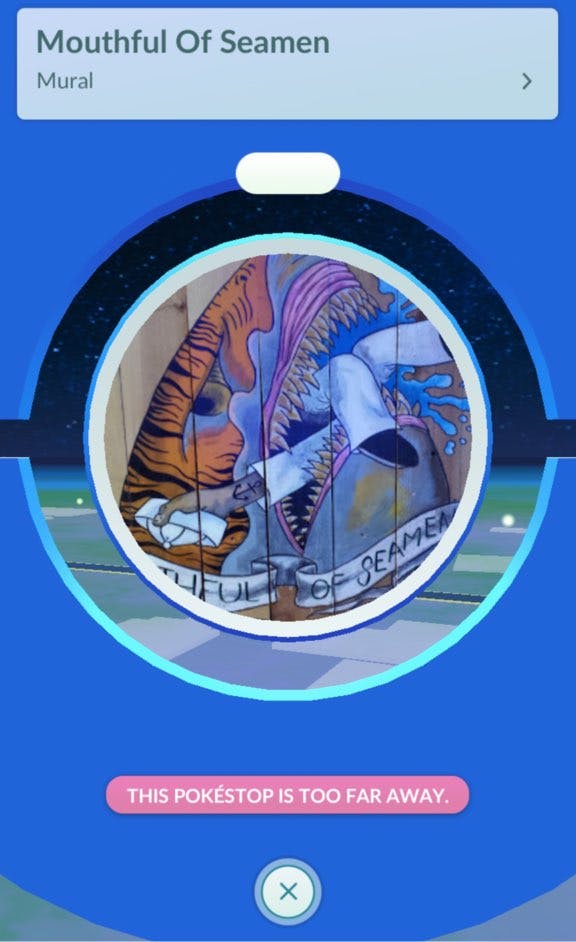