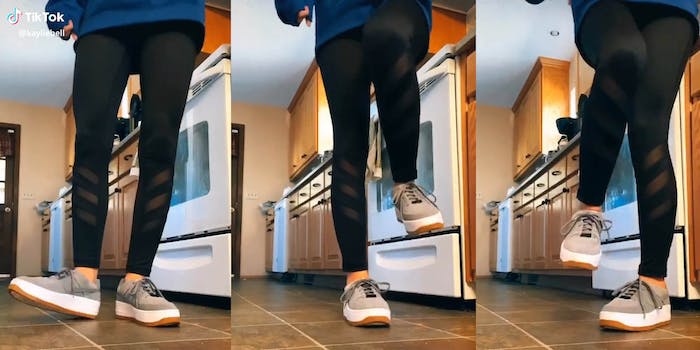 TikTok is a place for cultural expression, but it doesn’t necessarily invite self-awareness. Hence, the recent trend of Crip Walk tutorials.

The Crip Walk is a move that reportedly originated with the Crips gang in Compton decades ago, and it’s essentially a footwork move. Rapper Blueface has made it his calling card; Serena Williams was criticized for doing the move after a win at the 2012 Olympic Games. On TikTok, dance is one of the main attractions, and the majority of the videos under the #CripWalk or #CWalk hashtag are simply users doing the move, soundtracked by Kamaiyah’s “Fuck It Up” featuring YG, who, ironically, is a member of the Bloods.

However, there are also some concerned members of the TikTok community who recognize that a lot of the people in on this trend aren’t actually doing the Crip Walk, and maybe don’t even know its origins. Or its implications.

Open TikTok and the 1st thing I see is a white man in army fatigues crip walking.. in a nice house.. that app gotta go

This joins other problematic recent TikTok trends, like the “whew chile the ghetto” meme.