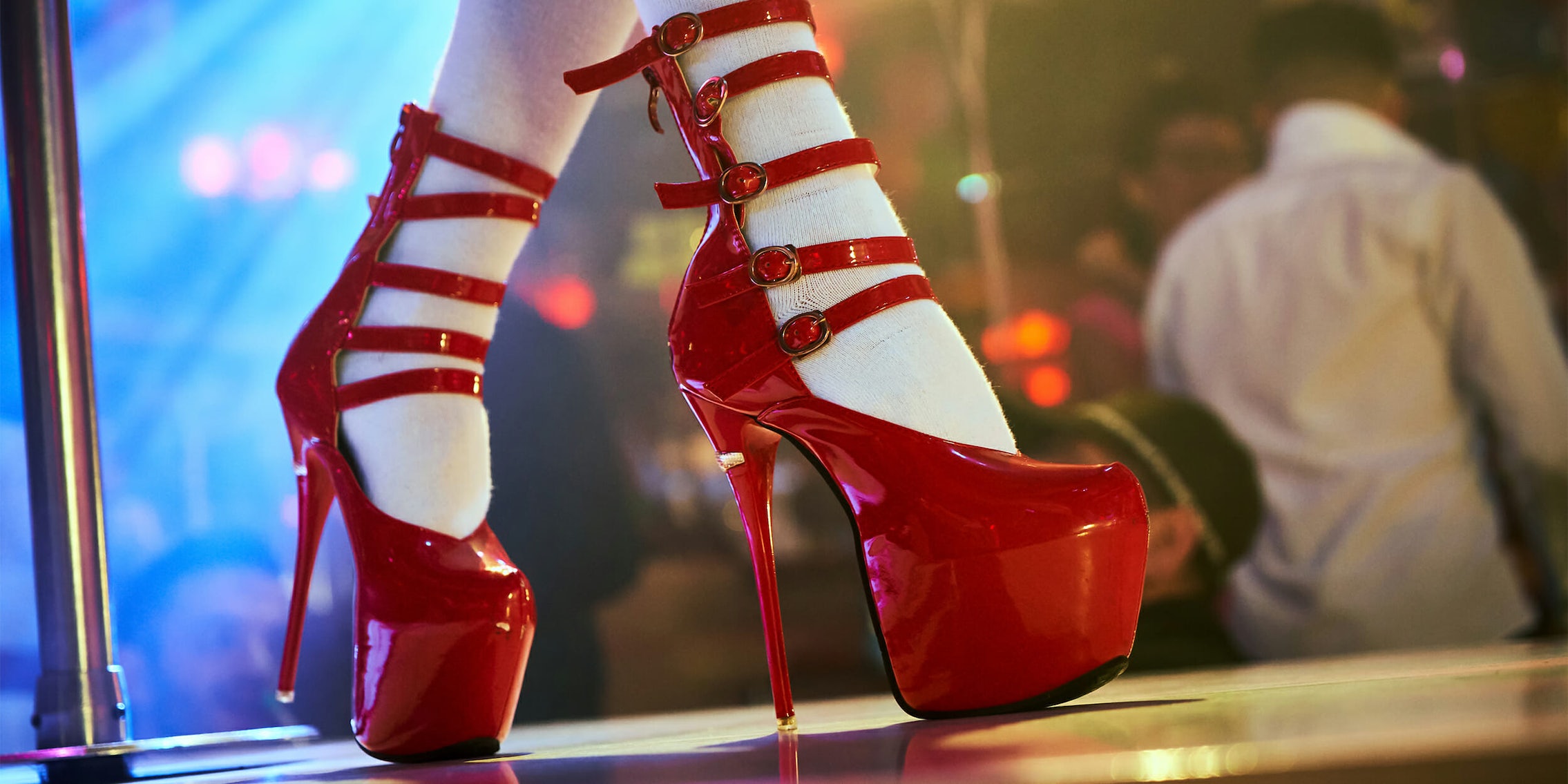 Subreddit r/relationships is a den of nightmares.

Subreddit r/relationships is a den of nightmares, full of nonconsensual yogurt and jars of piss, but sometimes a post comes along that’s legitimately sinister. In a now-deleted post on the subreddit that made it to Twitter in screenshot form, ThisCherry writes that her boyfriend’s not-quite-estranged father has started turning up at the club where she dances.

My [23f] boyfriend's [25m] dad [oldm] has started hanging out at the club where I dance. This feels really weird and I don't know what to do. pic.twitter.com/cw74LJdLwf

“I’m weirded out,” ThisCherry wrote. “I’ve had my share of creepy old dudes but this is too close to home for me.”

It would be bad enough if the dad was just oblivious to the awkwardness of it, but given that he was rude to her about her job when they met and stares at her creepily all night, he’s clearly doing it on purpose. People on Twitter and Reddit agree it’s weird, and they are 100% not having it.

It's 100% a creepy power thing. He knows this is making you uncomfortable. Tell your boyfriend, for sure, but more importantly: TELL YOUR BOSS.

People rushed to assure her that she was right to be freaked out and express concern for her safety.

“You’re not just an anonymous stripper, you’re his son’s partner, and he’s making a point of coming to the club to see what his son ‘is getting at home,'” redditor ShelfLifeInc wrote. “You have to tell your boyfriend. And you also should talk to club management. I don’t know if they can kick him out, but they might have an idea of what to do next.”

Strippers and bouncers alike showed up to offer her warm, practical advice.

“What he’s already done is enough to warrant a ban,” said one user, who added they’re a bouncer at a female strip club and former dancer at male clubs, “On a busy night sometimes people on the ban list got past us, but all you have to do is point him out and he’ll be thrown out roughly and they’ll make sure he doesn’t come back.”

The bouncer added: “As an aside, if your club management refuses to [ban] him or says they won’t ban him until he actually touches you or does something, this is a sign that your club is unsafe and you should find a different club.”

Many other comments insisted the dancer needed to tell her boyfriend about the situation right away.

I agree. I'm on board with the notion that her confidentiality policy doesn't apply here. Pragmatically, I'd be worried about her telling her boyfriend before the problem is at least somewhat resolved. Either way, this is going to create a huge scene. She can lessen that.

Tell your boyfriend,I can’t imagine he’d blame you but if he does it’s good to know that now so you can get rid of him. This is super not okay, there are loads of strip clubs this guy can go to,he’s obviously trying to make you uncomfortable. It’s definitely a creepy power thing.

Hon, you need to tell your boyfriend right away!Like put the phone down,go sit on his lap& talk.
It sounds like the dad may be stalking you.Not good! if our sons girl danced, I would make sure,1 she wasn’t working that night or 2 stop going to that club. OUT OF RESPECT.

The dad is stalking & harassing her. She should tell her bf, & also tell club management & have the dad banned. If dad turns up “accidentally” other places while she’s out & about, time to get the police involved, or even a restraining order now, proactively. Dad sounds dangerous

Some people, of course, offered funny but less helpful advice.

But the disgust was universal.

And several users pointed out the dad’s behavior—disapproving of the ThisCherry’s dancing but then showing up at the club—speaks to a common hypocritical attitude that men have toward sex work.

Since ThisCherry’s post has been deleted, and it’s been locked from getting new comments, it’s doubtful that we’ll hear any updates on the situation. Wherever she is, hopefully she’s not trapped in the creepy gaze of her boyfriend’s dad for much longer,