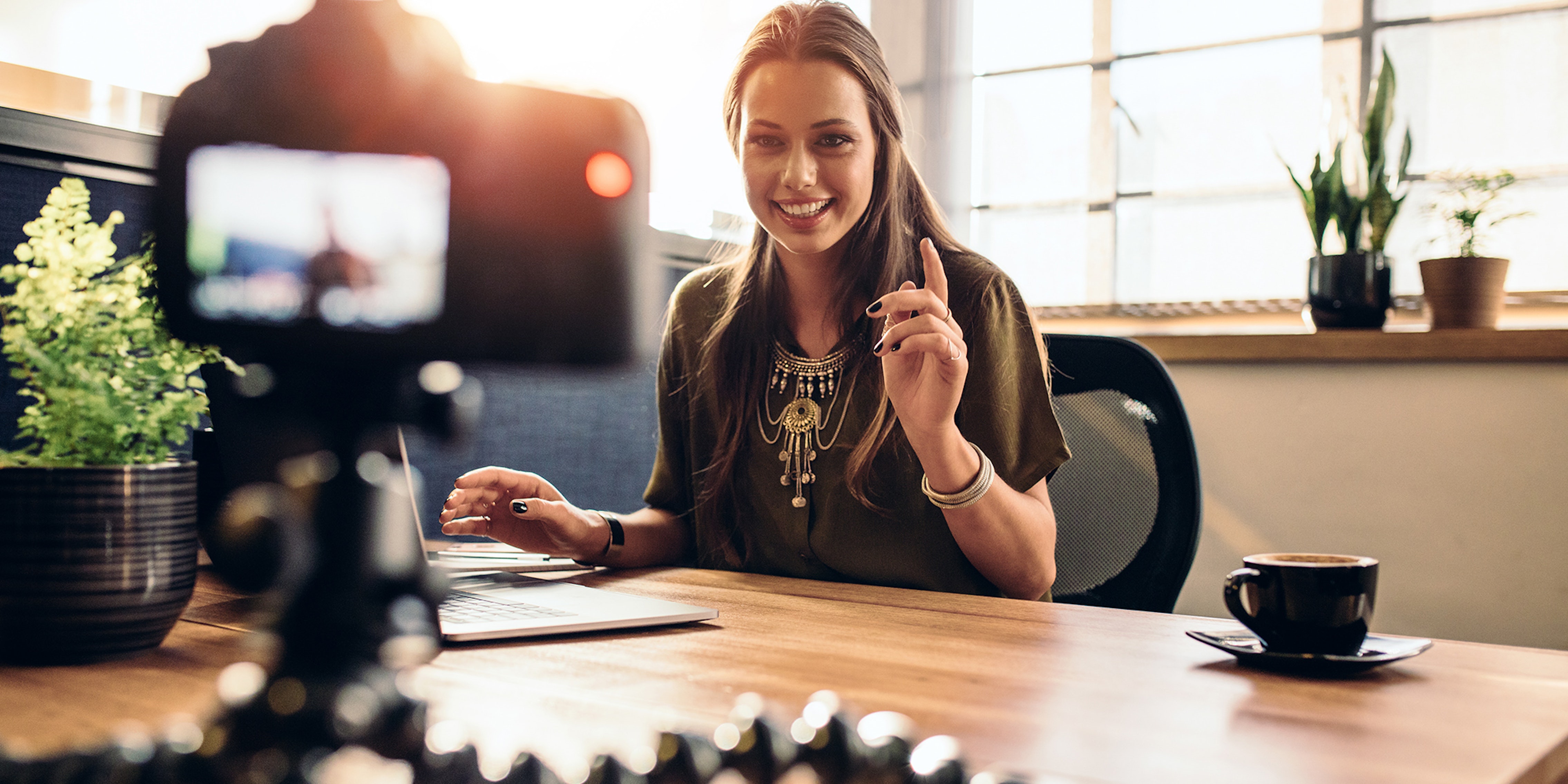 The 5 best cameras for vloggers

If you’re looking to up your content creation game, you'll want to find a dedicated camera.

Passionfruit may receive a payment in connection with purchases of products or services featured in this article. Read our Ethics Policy to learn more.

The days when you could get away with using a built-in webcam as a camera for vlogging are long gone. Smartphone capabilities have increased dramatically over the years, but if you’re looking to up your content creation game, you’ll want to find a dedicated camera.

Fortunately, a wide variety of cameras are available on the market now, many with features aimed specifically at fulfilling the needs of video creators. But with so many options to choose from, where do you start?

We’ve done our due diligence, looking at reviews of cameras for video creators across the internet, and pulled the key selling points for five of the best cameras for vlogging in 2022.

Pansonic’s GH6 is the long-anticipated upgrade to 2017’s GH5, and it doesn’t disappoint. If you want a versatile camera that you can use to get professional quality output with relative ease, this is a great option.

In addition to featuring in-body stabilization and a rotatable touchscreen, this vlogger-ready mirrorless camera also boasts a second video record button on the front of its body. This makes it easy to start and stop for self-recording as well as capturing footage on the go.

The Sony ZV-1 packs a big punch for such a relatively compact and lightweight camera. The accuracy and speed of its autofocus feature have been widely praised, and the ability to add accessories like an external microphone gives the user more control over how it is used.

It also engages both Bluetooth and wi-fi for transferring images and video on the go. One drawback is a lack of viewfinder, although anyone using it specifically for vlogging may not be too concerned about that.

You can’t talk about cameras for vloggers without including a GoPro on the list. GoPros are still top of the line when it comes to cameras for on-the-go adventures, and the latest model not only provides top-notch stabilization features, but offers an extended battery life, a built-in tripod, and a wireless remote.

The creator edition also includes an LED Light Mod and a Media Mod, which upgrades the camera’s mic.

If you’re looking for something particularly portable, the DJI Pocket 2 is a surprisingly powerful little camera for its size. With understandably fewer features than some other tech in consideration for vloggers, the Pocket 2 is still good at what it does.

Face-tracking and stabilization features make it useful for walk-and-talk recording, and its built-in microphone and sensor are an improvement on previous models. When you’re doing everything on your own, the DJI Pocket 2 is a solid, easy-to-use choice—and the lower price tag doesn’t hurt either.

Canon has always been a major player, and that hasn’t changed just yet. The G7 Mark II remains a strong contender in the mid-level vlogging game, especially for those who aren’t well-versed in the tech just yet but are ready to dive in and learn.

Its flip-up touchscreen, Wi-Fi capabilities, autofocus, and stabilization features make it easy to use right out of the box. Additionally, it’s lightweight and compact enough to carry with you, and the improved battery life compared to previous models is definitely a bonus. While this may not be the shiniest new camera you can buy for vlogging, there’s a reason both this series and this particular model have remained a favorite among pros.

The best camera for on-the-go vlogging:

If your main priority in searching for a camera as a vlogger is shooting on the go, the GoPro Hero10 or the DJI Pocket 2 both offer great features depending on your specific niche.

The best camera for beginner vloggers:

For a reliable camera aimed at filming yourself at home and learning the ropes, the Canon Powershot G7X Mark II is a heavily tested, well-loved choice for a reason.

The best camera for vloggers overall:

For versatility and room to grow as a content creator, depending on your budget, both the Panasonic Lumix GH6 and the Sony ZV-1 will serve you well.