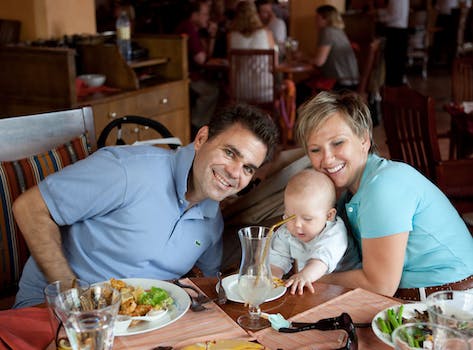 Can a fake Craigslist family help you land your dream job?

A Cleveland man put out an ad searching for people to pose as his family on Facebook. Here's why.

Just how much is too much when it comes to customizing our Facebook accounts to appeal to a potential future employer? We may have the answer. Last week, a Cleveland man posted a Craigslist ad looking for a woman and child to pose as his family in multiple photo shoots spread out over time so prospective employers could access his page and see that he was a man with a family. Why? So he could negotiate a higher salary by giving the impression that he is a family man, even though he’s just a single guy who wants to spend his married-man-with-a-family bonus on fixing up old cars.

To his credit, there is research that shows married men do tend to earn higher salaries as opposed to their single counterparts. There are many factors that could be affecting this wage gap, like that married men tend to be older, and by extension, have more professional experience. It is not proven that it is simply because the men gifted a higher salary when their managers see a wedding ring. If this man’s plan could ever actually work, women could just pass themselves off as men on their Facebook pages and finally trick their way into erasing the gender gap!

Although he’s a liar without an ability to account for the long-term holes in his ruse, his plan is a brilliant illustration of just how far social media has come in playing a significant role in our professional lives. How we use it has very real potential to make or break our futures.

One of the worst things that employers can do is catch you in a lie, and lying that you have a wife and child when you are a single man is a pretty significant one that will likely be exposed at his first company Christmas party. But he recognizes the power of his online identity and the ways it could potentially be used to his advantage professionally. He wants people to see him a certain way because he thinks he use gain an advantage to improve his bottom line. Luckily for him, his name was not attached to his post so no hiring managers will come across this in what would surely be an awkward Google search for the ages.

Employers are going to look at your social media accounts if they can find them and will use what they are able to access to judge your employability, and this doesn’t just go for LinkedIn. A 2012 study found that 37 percent of employers are accessing your social media as a supplement to what you provided in your résumé and interview. Some companies even go so far as to ask for your Facebook password, although some states have moved to make this practice illegal.

So what can we do about this to both be employable while still maintaining our privacy online?

The most common approach in recent years is to go through your profile and alter privacy settings to old pictures of you where you were shotgunning that beer at a college party, or those status updates you made talking about how evil your last boss was. Many users change their names on Facebook to lessen an employer’s ability to find them at all on the site, like making their last name their middle name (e.g. Carly Marie). Others just delete their profile altogether when they are searching for a job, but it can be argued that doing so is another strike against you.

Dan Schawbel of Forbes argues that “an online presence search will become as common as a drug test,” and we need to proactively claim our web presences and gain conscious control of what people see when they search for us. In essence, we would be subscribing to the social media-bred idea that when push comes to shove, people are really just brands.

Each person is, in effect, his/her own brand on social media. With each status update, Instagram photo, or tweet, we are doing more than just sharing our lives; we are really just selling the image of the person we want others to think we truly are. It’s not necessarily lying, but consciously spinning the negative that may be there. If we don’t want people to see just how much weight we’ve gained, we consciously don’t post pictures of ourselves from unflattering angles. We will share news that we got a big promotion, but we won’t share how we screwed up that big project that lost the company a key customer. A person’s online presence is molded in the same way they consciously present themselves to their families, friends, colleagues, or strangers. When we publicly share our accomplishments, photos, or opinions online, we are really just engaging in self-promotion.

We all do the same thing in many different aspects of our offline lives; we don’t tell everyone all the secrets of our love lives, we try to dress our best in the office to look as together and competent as we hope our job performance is, we don’t tell our cute first date just how infrequently we actually wash our dishes, and at Sunday family dinner, we don’t tell mom exactly how many glasses of wine we had at that date the night before. We may not all be marketing professionals by career choice, but we’re the best in the business when it comes to perfecting our own images.

The idea that employers can be checking out our social media accounts can be daunting, but it doesn’t have to be a death sentence to your future employment dreams or something that sends you running to your computer to delete everything you’ve ever posted. It is, however, a call for us to start being smart, by taking control of how we present ourselves online. If we embrace the changing social media landscape and choose to use social media as a way to market ourselves past the traditional stale one-page résumé, our online personas could be the thing that gets us that dream job.

Photo via Lars Plougmann/Flickr (CC BY 2.0)