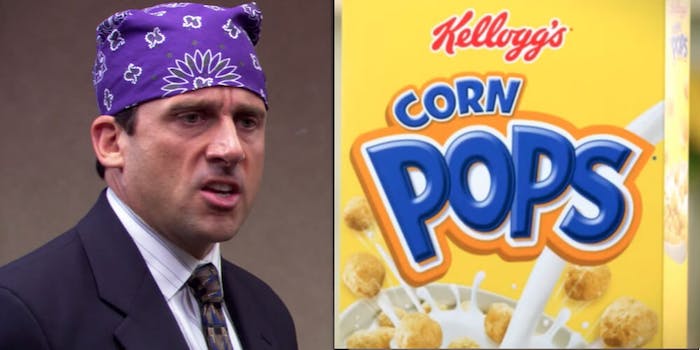 Who is Corn Pop? Here are all the theories about the gang leader from Joe Biden’s past

A young Joe Biden was the only white lifeguard at a predominately Black pool in the summer of 1962 when he had a showdown with a gang leader named Corn Pop. That’s the newly resurfaced story Biden himself reportedly told.

In 2017, Biden told the story at the Brown-Burton-Winchester Park in Wilmington, Delaware, which is the place he served as a lifeguard at and was being honored in a ceremony. The park was renamed to Joseph R. Biden Jr. Aquatic Center.

“Corn Pop was a bad dude. And he ran a bunch of bad boys,” Biden says in the clip. Biden says he told Corn Pop to get off the diving board “or I’ll come up and drag you off.”

GET OUT OF THE DARN POOL, CORN POP! CUT THE MALARKEY! pic.twitter.com/BOZY0bZXBL

In a thread, the Root writer Michael Harriot sparked renewed interested in the gang leader from Biden’s past. Harriot recounted that story, sometimes using Biden’s own words from where he first told the story: in his 2008 autobiography Promises to Keep: On Life and Politics.

“Now if you’re black, I know this shit sounds like some white kid tried to make a gang fairy tale for a sixth-grade play because you and I know there ain’t no squad led by a nigga named Corn Pop going around terrorizing Delaware pools,” Harriot wrote in one of the tweets.

Now, people are theorizing who Corn Pop, the local pool terrorizer, might be. The theories range from Prison Mike to the pimp in I’m Gonna Git You Sucka (1988).

when you want to show corn pop you're not an easy mark pic.twitter.com/xSMDiwNgs1

I think I found Corn Pop, y'all. pic.twitter.com/pfB0ePJ1ps

I, too, have been menaced by a Corn Pop and his gang pic.twitter.com/yJESVWjvJk

We may never know. Or perhaps, like many of Biden’s stories, Corn Pop is just a victim of one of his very, very tall tales.