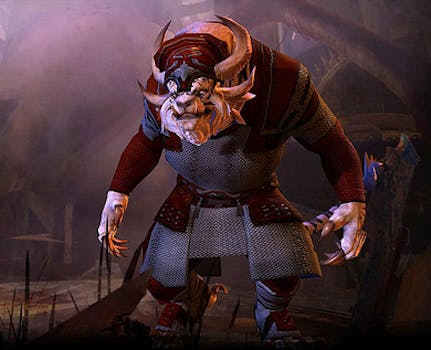 DtecNet—a division of MarkMonitor, the creator of the software the CAS will use to flag U.S. Internet users for copyright infringement—has reportedly flagged yet another innocent victim.

Here’s another reason to think the Copyright Alert System (CAS) might falsely accuse you of piracy.

DtecNet—a division of MarkMonitor, the creator of the software the CAS will use to flag U.S. Internet users for copyright infringement—has reportedly flagged yet another innocent victim.

Techdirt has acquired a copy of a standard Digital Millenium Copyright Act (DMCA) takedown notice where DtecNet, on behalf of NBC Universal, has declared its found illegal copies of one of six titles: either Downton Abbey, Contraband, Grimm, House M.D., The Man With the Iron Fists, or The Office.

Except the file DtecNet is complaining about was simply a modification file for the 2005 game Guild Wars. While the file has nothing to do with NBC and likely isn’t infringing on any copyright, it was taken offline anyway by the file’s host, MediaFire.

False copyright claims aren’t uncommon, though that doesn’t make the practice any less frustrating for users who are unfairly hit by them. DtecNet’s automated system, working for HBO, infamously identified a site that hosted HBO’s content in February: HBO.com.

The CAS, which launched Monday after months of delays, has raised major concerns of its fairness. The U.S.’s five biggest Internet providers are participating, though they treat five- and six-time offenders with different, but usually severe penalties, like locking their browsers or drastically slowing their connection speeds.

Users flagged by the CAS have the option to appeal to the American Arbitration Association—but that costs $35, refunded only if the AAA finds for the user.

There is an “independent” consultant called Stroz Friedberg hired to make sure MarkMonitor’s system worked fairly and accurately. However, as revealed in October, Stroz spent years as a dedicated, paid lobbyist for the Recording Industry Association of America, the music lobby that helped create the CAS.

Jill Lesser, executive director of the system, quickly promised to find a second, truly independent consultant. However, such a consultant hasn’t been named in the four months since her announcement.

As also noted by TorrentFreak, there’s little transparency on the CAS’s official site. Users can click on a page called “Independent Expert Assessment of MarkMonitor.”

The page is blank.