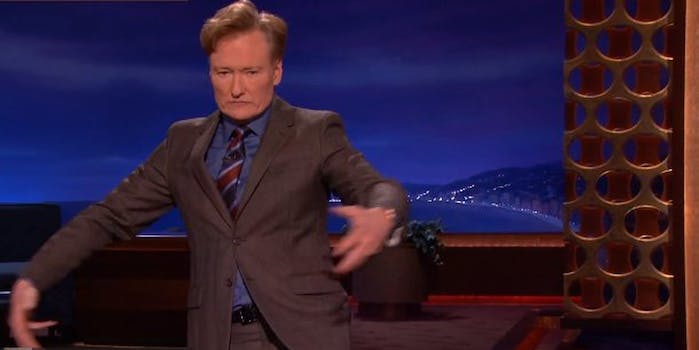 The Winter Olympics begin Friday in Sochi, Russia, and most of the-pre games conversation has nothing to do with the games. Long-simmering anger over Russia’s treatment of homosexuals—including recent bans on so-called “homosexual propaganda”—has boiled over as the world’s attention zeroes-in on Sochi. Leave it to Conan O’Brien to prove that Russia isn’t as homophobic as we might think.

“I find it odd that there’s so much homophobia there, especially when you learn the names that Russians have for the Olympic events,” O’Brien says. He proceeds to give a quick foreign language lesson, translating the Russian terms for some popular Olympic sports.

“For example: Ski jumping is known as ‘Spreading Your Legs and Bending Forward for Glory.’”