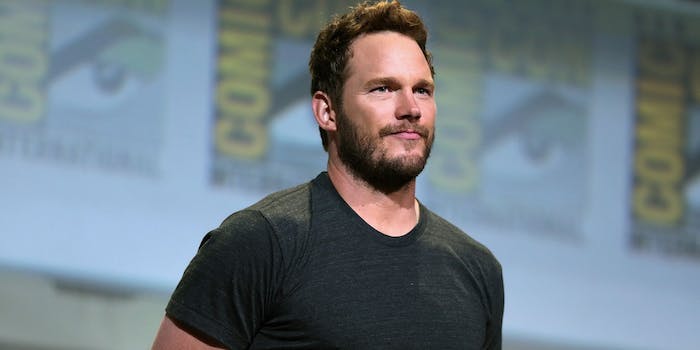 Chris Pratt sparks debate with claim that he’s ‘not a religious person,’ despite attending church

The anti-Pratt backlash is still going strong, as Pratt denies any affiliation to the controversial megachurch Hillsong.

Chris Pratt remains one of Marvel‘s most divisive stars, caught in a cycle of low-stakes backlash. The latest update comes from a new Men’s Health cover story, where he defends himself against accusations that he belongs to a homophobic megachurch.

“I never went to Hillsong,” Pratt explains, referring to the Hillsong megachurch, which has faced sexual abuse scandals and accusations of homophobia. Actor Elliot Page criticized him for supposedly attending Hillsong in 2019, but Pratt clarified this week that he actually attends Zoe Church… whose pastor modeled his church on Hillsong, and has espoused homophobic views in the past.

“Religion has been oppressive as fuck for a long time,” added Pratt. “I didn’t know that I would kind of become the face of religion when really I’m not a religious person.” This quickly attracted pushback on Twitter, because Pratt loves to talk about God and the Bible, and once spent Easter weekend erecting a giant crucifix. Alongside his regular church attendance, it seems absurd to say he’s “not religious.”

One of the most viral responses to this interview was a Twitter user claiming that Pratt discriminated against him when he worked at a restaurant, accusing Pratt of giving bigger tips to straight men on staff. (The Daily Dot has reached out to Pratt’s representatives for comment.)

Pratt also spoke out about the 2021 micro-scandal that occurred when he praised his wife Katherine Schwarzenegger for giving birth to a “healthy” daughter. This innocuous statement was interpreted by some readers as a tasteless jab at his ex-wife Anna Faris and their son, who was born prematurely. “That is fucked up,” Pratt told Men’s Health. “It really fucking bothered me, dude. I cried about it.”

The response to this interview highlights the recursive nature of the anti-Pratt backlash. Known for playing lovable assholes and goofy man-child heroes, his onscreen persona overlaps with his public image. Along with the previous accusations that he belonged to a homophobic church, some people dislike Pratt for more ephemeral reasons. He embodies a certain type of douchey, vaguely conservative white guy—an idea that’s reinforced when he responds with dubious statements like “I’m not a religious person.”

This issue is exacerbated by the way Pratt’s Hollywood friends leap to his defense. The most famous example was when Twitter users voted Pratt the “worst Chris” of the four MCU Chris actors, resulting in stars like Robert Downey Jr. and Mark Ruffalo pledging their support on social media.

However, this backfired because in the grand scheme of things, the anti-Pratt backlash is pretty mild. It mostly consists of people saying that Pratt seems like a jerk, which pales in comparison to the vitriol faced by certain women and people of color in the Marvel franchise. As a result, there’s a widespread perception that Pratt got more support for being called the “worst Chris” than Brie Larson or Anthony Mackie received after being targeted by bigoted hate campaigns.

Judging by the swift and negative response to this Men’s Health profile, Pratt isn’t likely to make a dent in people’s dislike of his public image.

It doesn’t necessarily matter whether he attends Zoe versus Hillsong, because everyone who feels strongly about him has already made up their minds. That sucks for Chris Pratt, but being the “worst Chris” clearly hasn’t harmed his career, firmly ensconced as a Marvel star with several other blockbuster projects on the way.