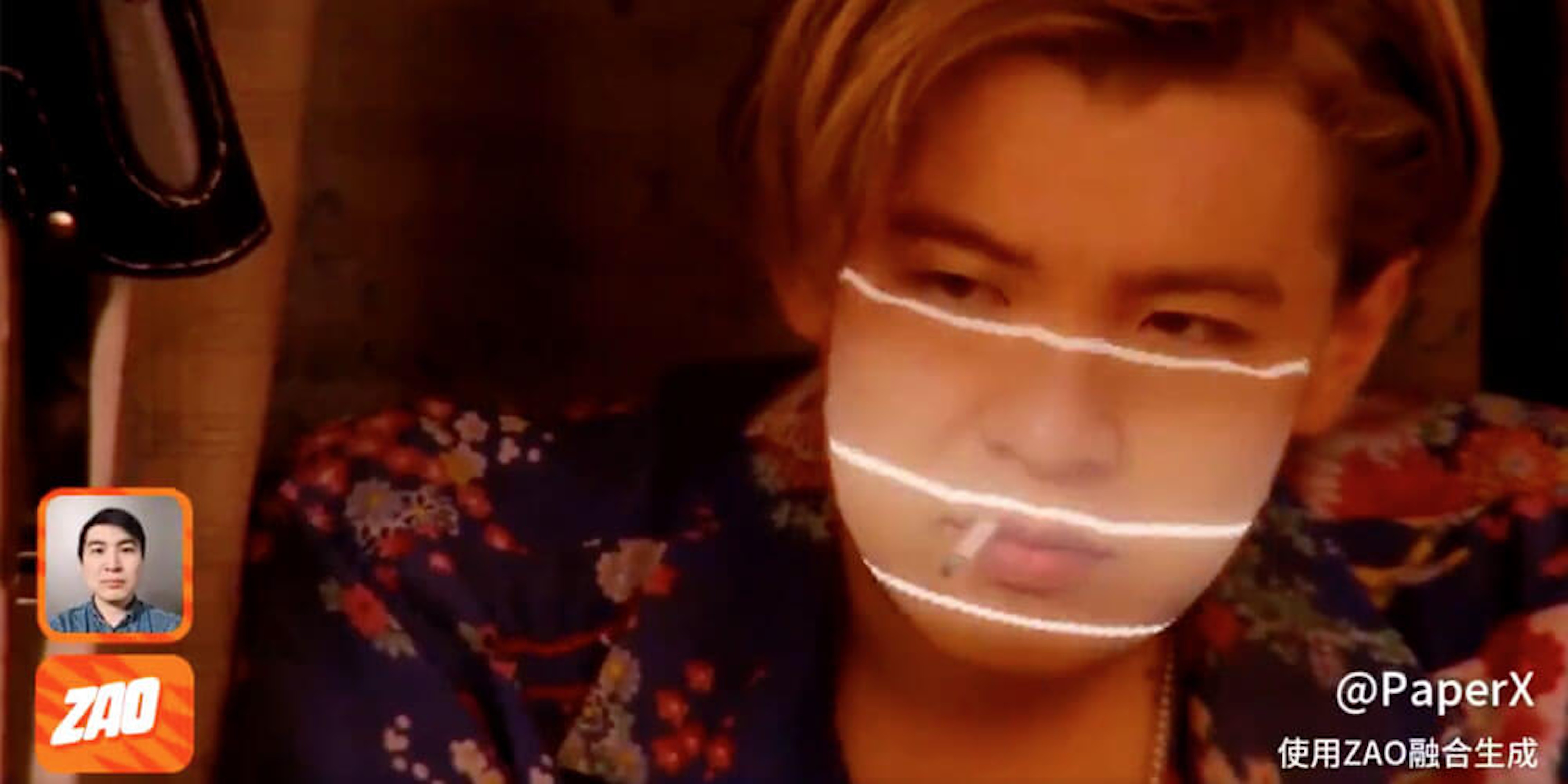 What you need to know about ZAO–the new, viral Chinese deepfake app

The app can place anyone inside their favorite TV show, movie, or meme based on just a single selfie.

A Chinese deepfake app known as ZAO is blowing up the internet, receiving thousands of downloads while simultaneously raising privacy concerns.

Released on Friday, the app, produced by popular Chinese app developer Momo, can place anyone inside their favorite TV show or movie based on just a single selfie.

A Twitter user on Saturday showcased the app’s capabilities by transforming himself into Hollywood actor Leonardo DiCaprio.

“Best application of ‘Deepfake’-style AI facial replacement I’ve ever seen,” Allan Xia tweeted. “Here’s an example of me as DiCaprio (generated in under 8 secs from that one photo in the thumbnail).”

But it’s not just video clips that ZAO can place users in. The app can also superimpose a user’s face into popular memes as well.

Independent Chinese culture site RADII notes, however, that ZAO has also raised concerns over its terms of service.

“One clause in particular is causing consternation as it appears to give the app’s developers the global rights to use any imagery created on the app for free,” the article states. “Once a user has opted in, there doesn’t seem to be the right to revoke the agreement.”

Either way, the app has shot up the iOS download charts and churned out countless videos since its release.

Other apps such as FaceApp, a tool that similarly uses artificial intelligence to alter a user’s appearance likewise raised privacy concerns earlier this year.

Such technology was even used to develop a tool known as DeepNude that undressed women in photos.

ZAO represents yet another sign that deepfake tools are not only here to stay but are becoming easier to use in the process.