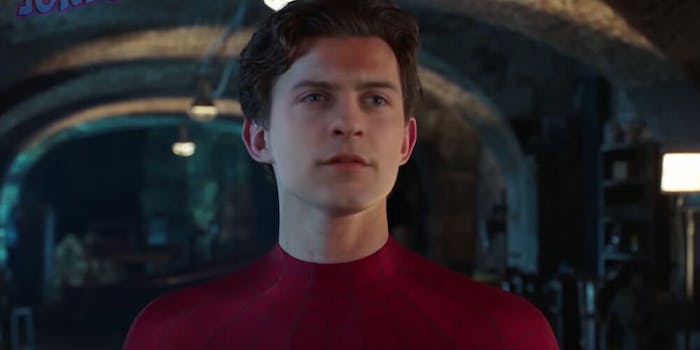 The video is giving fans a much-needed laugh following Holland’s departure from the MCU.

A YouTuber has released a deepfake version of the Spider-Man: Far from Home trailer in which Tom Holland is replaced with former Spider-Man actor Tobey Maguire.

The video, uploaded this week by YouTuber Aldo Jones, has already received more than half a million views and is freaking out Spider-Man fans in the process.

Users on Twitter were both amused and horrified seeing Holland’s role overtaken by the 2002-era Peter Parker.

Why is this so great https://t.co/CO9ztXADb9

Developed using artificial intelligence, the deepfake video is giving fans of the web-slinger a much-needed laugh following the recent departure of Tom Holland’s Spider-Man from the Marvel Cinematic Universe.

Fans are dealing with the tragic loss in different ways. While some are creating deepfakes to pay homage, others are setting up memorials. In fact, a makeshift memorial for Spider-Man was seen outside of Disney’s D23 Expo in California earlier this week.

SOMEONE LEFT A SPIDER-MAN MEMORIAL OUTSIDE OF D23 IM YELLING pic.twitter.com/kgXYHFg6aL

Even if Sony and Disney are unable to solve their differences, at least deepfake technology can be used to put Holland back into the MCU.