Show us the dance moves, buddy.

Netizens of the world, meet Liu. Here he is handcuffed and being escorted to one of four China Telecom boxes he vandalized while trying to break the internet. 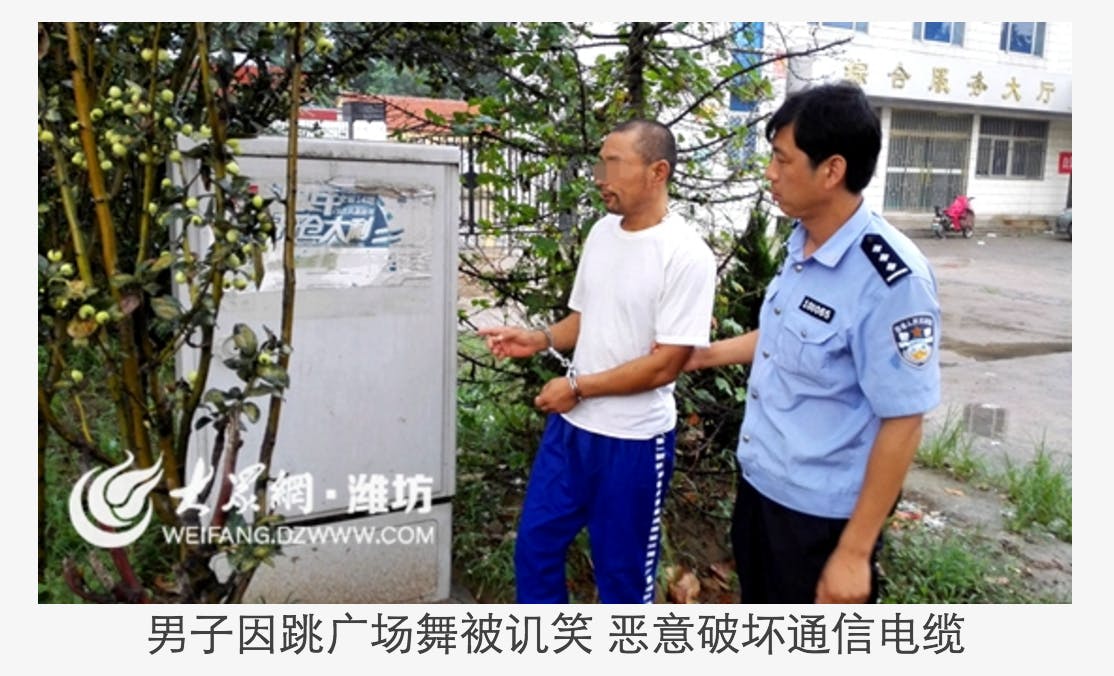 No, Liu wasn’t trying to pull a Kim Kardashian. He literally wanted the internet destroyed so footage and photos of his shitty dance moves could never make it online. Motherboard picked up on this tale of losing face by trying not to lose face, which Chinese news site NetEase has been avidly chronicling.

Liu moved to the city of Weifang in June. The change of scenery was so inspiring that he was somehow compelled to join in with the dancing grannies who take up valuable park space in China and beyond. They can usually be seen moving and grooving in the early morning hours, viewed by Chinese citizens as annoyances at best. The most that dancing grannies tend to inspire is legislation against them.

Needless to say, not a lot of people are fans. After Liu caught a few folks capturing his bout of spontaneity with their smartphones, he panicked. It took months for him to take action, but not long enough for him to take into account all the phones with data not coming from China Telecom.

Liu was arrested Aug. 19 and is awaiting a trial whose date has yet to be set. In the meantime, no one has come forward with photos or videos of him dancing. Why not capitalize on this moment of viral fame? The world needs to see the dance moves that failed to break the internet but certainly broke this guy’s spirit.