Kardashian did not, in fact, break the Internet. Paper saw 6.6 million unique pageviews as a result of the spread, which is absolutely not a small number and undeniably a huge spike in the site’s traffic. But no, the Internet was thriving as ever, pumping away, the gears a-turning. Despite the flurry of Kim Kardashian Nude! headlines on your Facebook News Feed, this butt was nary a hiccup.

In fact, the trending topic “Kim Kardashian” fell off relatively quickly. While she was Google’s No. 1 trending search on Tuesday, as of Wednesday, she wasn’t even cracking the top eight. (Philae and Walmart’s Black Friday sales are two of the terms that stole her thunder.)

Kardashian’s Web spike isn’t the only significant one Kardashian has incurred recently. There was another increase in Kardashian-Internet interest back in late September, likely as a result of her nothing-short-of-amazing turn as app mogul. And actually, her biggest Breaking of the Internet appears to have happened way back in June 2013. (This might be because I’m pulling from a wider time range and it’s not able to add all the search data from the last couple of days. Howe) It seems this spike is at least comparable to what we’re seeing now.

In fact, Kardashian’s Web power at the moment is… well, to be honest, sort of meh. For her, it’s an undeniable climb (though in all likelihood, temporary) in Web rankings, but “black Friday” is on the rise, and “Ebola” has had real staying power that overshadows her sudden spike. 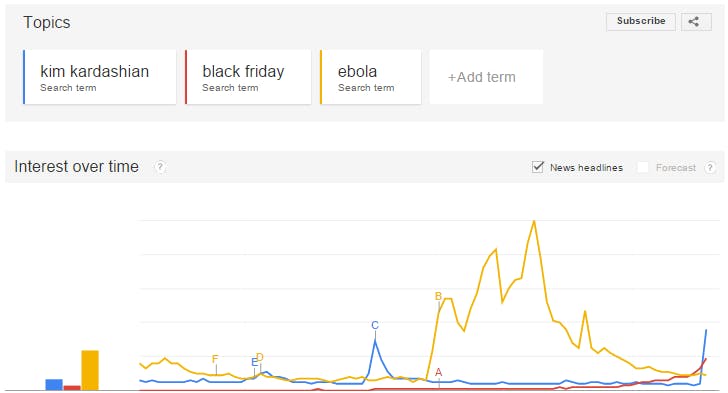 Now compare those to the search term “Facebook,” and it’s all over. If something ever truly did break the Internet, literally and figuratively, it’s Facebook. It’s why when something happens to Facebook, the Internet actually does break.

I touched based with real-time analytics company Chartbeat, and found a few more surprising stats about Kardashian’s overnight effect on the Internet. Chartbeat data scientist Dan Valente relayed to me that while there was a huge spike in stories written about Kim across the Internet, engagement didn’t really increase. In fact, he says that Kardashian’s engagement level tends to stay relatively stable, telling me it ranges from about 25-29 seconds per story. Though it did appear that this week, people were spending time on shorter stories… or you know, photos.

“All of these results, however, are dwarfed by the mentions of Craig Spencer from Oct. 23-27, where we saw 1,675 articles from 480 sites, 42 seconds average engaged time, 30 percent social traffic to these articles.”

In all of this, it’s important to note that there are different kinds of “Internet” you can break.

Apps accessed primarily via mobile are plenty able to be “broken” as well. No, you can’t complete a Google search from within your Twitter, Facebook, or Instagram mobile app, but you can certainly inundate them with all things Kim K. As of writing, Facebook’s trending module still features Kardashian at the top. (Though there are a few things to be said for how this module works and how speedily it updates. It’s also influenced by your network, so if my friends are particularly entranced by the photos, the story has a better chance of showing up for me.)

#BreakTheInternet is currently still trending on Twitter as well. A Topsy search of the last month shows shows she’s climbed tremendously, and immediately. She breaks Twitter more than Taylor Swift has recently, with ease. (Alex from Target straight up destroys both ladies on Twitter, even though it was but for a brief, shining moment in time.) She rather strangely saw a dip in Instagram engagement with her account during this time (she posted the Paper photos to Instagram the evening of Nov. 11).

Instagram analytics firm Totems, however, says that hashtags related to Kardashian skyrocketed this week, so people were talking about her or regramming her photos with a hashtag devoted to her.

A report from SimplyMeasured shows that a photo of North West still managed to get more attention from her Instagram fans (which is actually sort of heart-warming). 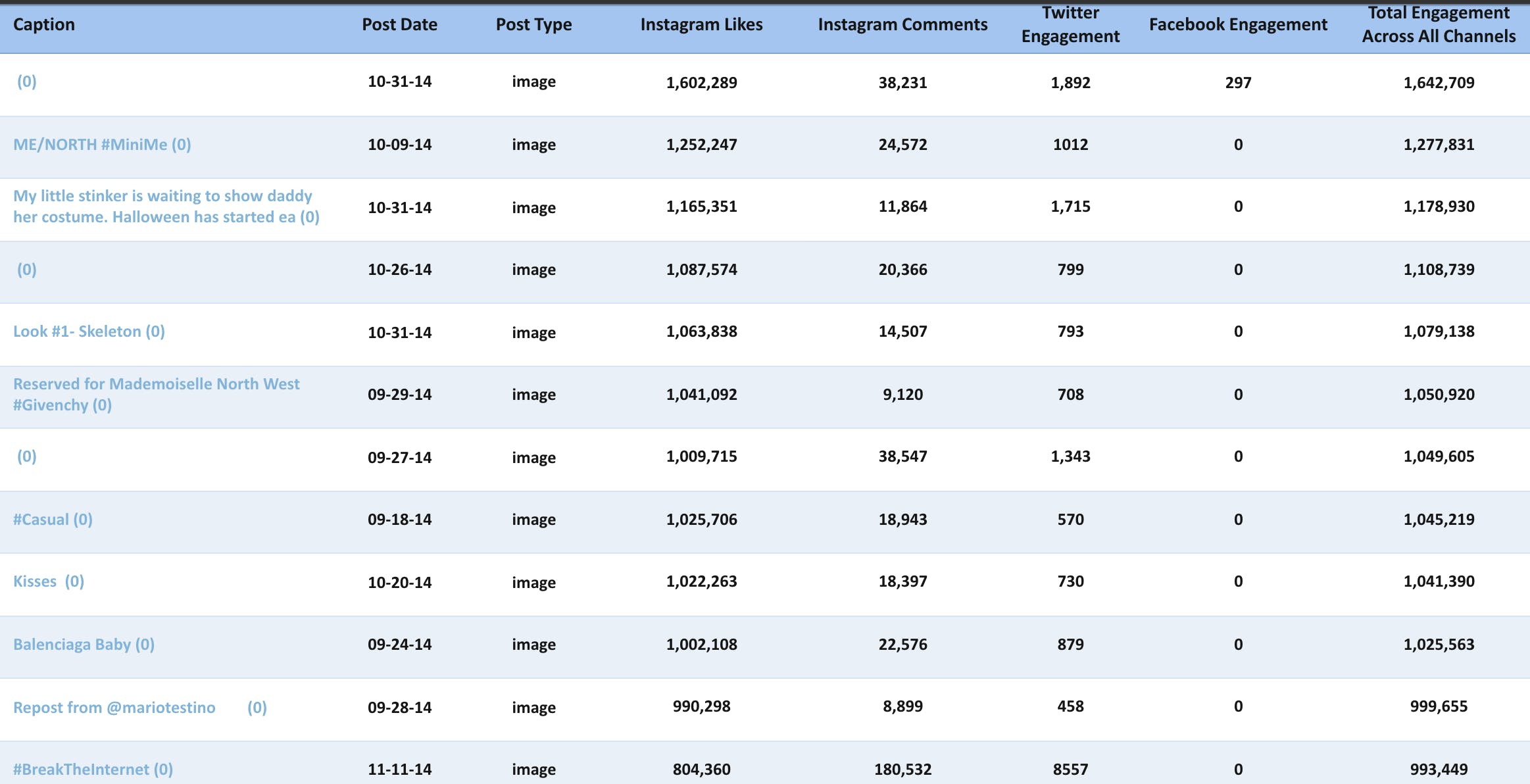 Overall though, it’s clear that breaking the Internet proper is difficult, too difficult even for Kim Kardashian. The social Web is starting to become a whole different thing, and she’s proven that she has a firm grasp over it. Still, Kardashian’s “breakingness” factor is fairly mild. Perhaps she will time and again hit new highs of media saturation, but they are such momentary glimpses of control that she’ll have to keep upping her own ante in order to break something as fickle and attention-disordered as the Internet.