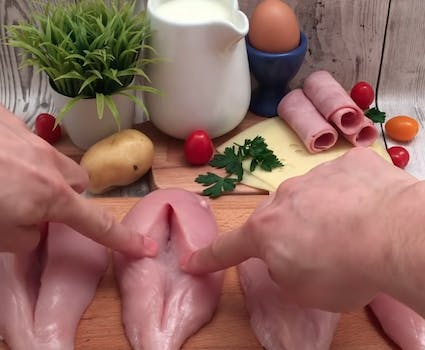 This chicken is both under seasoned and too hot.

Warning this video is NSFW… maybe. Who knows?

Some people chose to take the video to task for its lack of seasoning, a problem that Twitter users have addressed in the past.

Others felt that twenty minutes at 340 degrees was not nearly enough time to thoroughly cook the chicken all the way through.

But most people found the video disturbing for a whole different reason.

why did he finger the chicken like that…… pic.twitter.com/MGS97rKhgX

Weirdly, this is how I like to get my pussy ready before I go out on the town. https://t.co/FNM7aQE7AK

I feel violated. Why you touching a chicken like that

Let’s be fair, though. Not everyone cooks in the same way. The important thing is that you enjoy yourself, which, as you can tell by the video, this person clearly did.