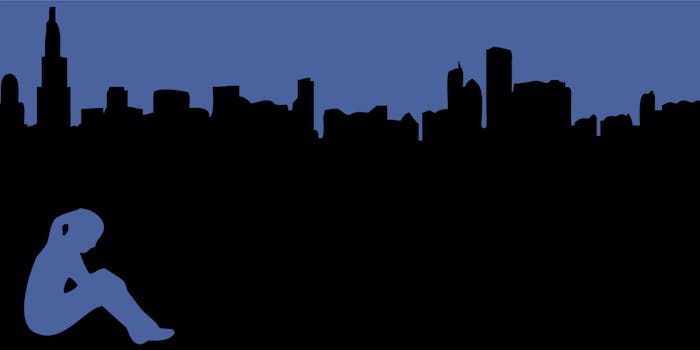 This all sounds depressingly familiar.

A trio of teenage boys has been arrested after allegedly gang raping a 12-year-old girl at gunpoint and posting a video of the attack to Facebook.

Police say the assault began shortly after the girl arrived at the home of 16-year-old Scandale Fritz on Dec. 15. She knew Fritz and wanted to talk to him, but when she entered she saw another boy—15-year-old Kenneth Brown—with a gun in his pocket. Fritz took the girl to the basement, where he raped and sodomized her after she refused to have sex with him. Then Fritz ordered her to have sex with Brown and another boy, 16-year-old Justin Applewhite.

“At first, the girl refused,” the Chicago Tribune reported. “But she saw that Brown had a gun in his pocket, and so they sexually assaulted her and forced her to perform sex acts on them.”

And all along Fritz was there, filming everything. Police say all three boys are clearly visible in the video. They chant gang slogans. Brown holds on to the gun while he rapes her. Two days later, they posted it to their Facebook pages.

The attacks are part of what is becoming a disturbing trend of teens perpetrating sexual violence, recording it, and then sharing it on social media. It was only two months ago that two high school football players in Steubenville, Ohio were convicted of raping a teenage victim in a story that made made national headlines thanks largely to the role of social media during the attack. Students who witnessed the rape had shared photographs of it on Instagram and Twitter, providing a trail of evidence for prosecutors but also adding immeasurably to the victim’s torment.

Last month, Canadian Rehtaeh Parsons committed suicide about two years after three boys filmed themselves raping her at a party, then uploaded the video to Facebook. Police never filed any charges in the case.

That’s thankfully not the case in Chicago. Friz, Applewhite, and Brown are all being held on $900,000 bail. They’re being charged as adults.