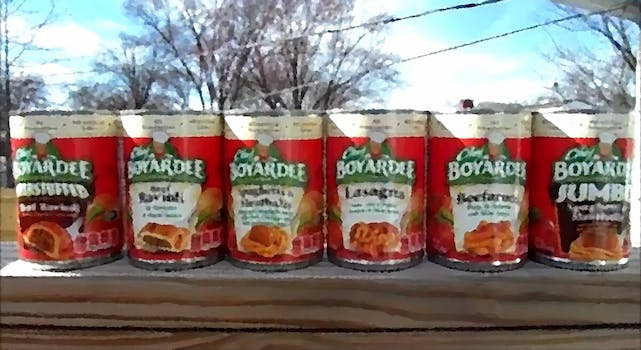 It's a ravioli renaissance.

Some of the most lovely things in life are the dumbest. Just look at the Chef Boyardee challenge.

Yes, the “challenge” is just rolling around in a manner similar to an aluminum can. How similar the rolling really is to a can is up for debate. But, what is beyond debate is that it looks really funny.

The funniest versions of the challenge have been videos where you watch the TikToker rolling lifelessly down hills and into convenience stores. TikToker @cryinglaughing seems to have perfected the challenge with his video that has gone viral on a number of social media platforms.

But there have also been other takes on the trend. For example, some posters are doing POV videos of the challenge so that you, the viewer, can feel like the can.

The challenge appears to have grown out of TikTok videos featuring rolling Chef Boyardee cans that cropped up earlier this year on the platform. In these videos, an anthropomorphized can rolls after performers. This might be why it’s called the #ChefBoyardeeChallenge and not the #CannedVegetableChallenge or the #DelMontePearsChallenge.

There have also been some more absurdist and unhinged TikToks to star Chef Boyardee products.

Upon further investigation, it seems that this is less of a #chefboyardeechallenge and more of a Chef Boyardee Renaissance as Zoomers discover the joys and versatility of cheap canned ravioli.

Weirdly, it appears the entire thing was kicked off by the resurgence of a 2004 commercial featuring a rolling can of Chef Boyardee. This is plainly obvious when you realize that a number of these videos are using the same music as the award-winning 2004 commercial.