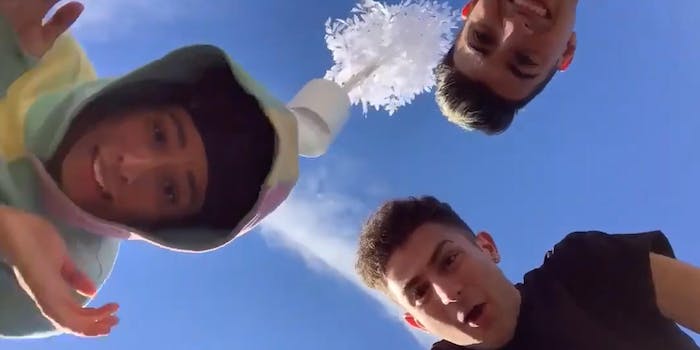 TikTok has entered the 'Do it for the Vine' stage.

Remember “Do it for the Vine?” It seems we’ve entered that phase of TikTok.

On Nov. 9, user @antstorm123 posted a video in which he and some of the boys stand in a circle as a basketball is thrown in the air. The “challenge” is that no one can move out of the way of the falling basketball. Hence the caption, “How to get a concussion.”

For its part, TikTok has put a warning on the video: “The action in this video could result in serious injury.” But of course, that hasn’t stopped others from trying to copy it, though not always with a basketball.

A baseball seems much safer.

Then people started getting real dumb and throwing things like tricycles.

And luggage. And ladders.

Several users also dueted with the original video, which is the safest way to participate in this trend.

All we can say is don’t try this at home or anywhere else.