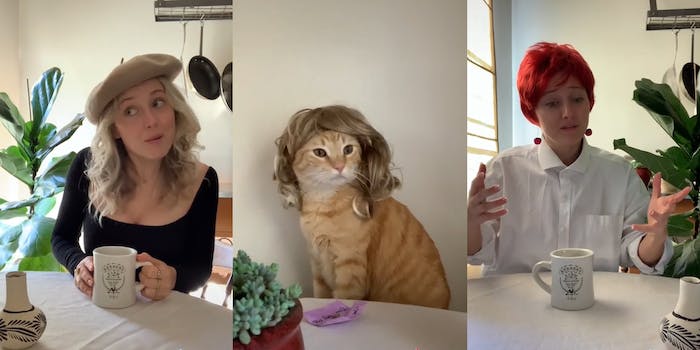 The cat plays the purrfect Samantha.

We’re spending more time at home with our pets these days, whether they like it or not. The mental fatigue of social distancing means we humans might cross some boundaries with our fur children.

But in actress Alexandra Kyle’s case, her cat has picked up the role of a lifetime: Playing Samantha in Kyle’s Sex and the City reenactments.

Kyle posted another clip to Twitter, with the caption “me 6 months into quarantine.” It’s the iconic Post-it Note breakup conversation, and Samantha eats up the scene (and some of the Post-It). “This made me wanna watch sex and the city,” wrote one commenter. “Put this cat in Succession,” said another.

A third Sex and the City movie is still reportedly a possibility, and Cattrall has said she won’t return for it. Maybe this cat has a shot.