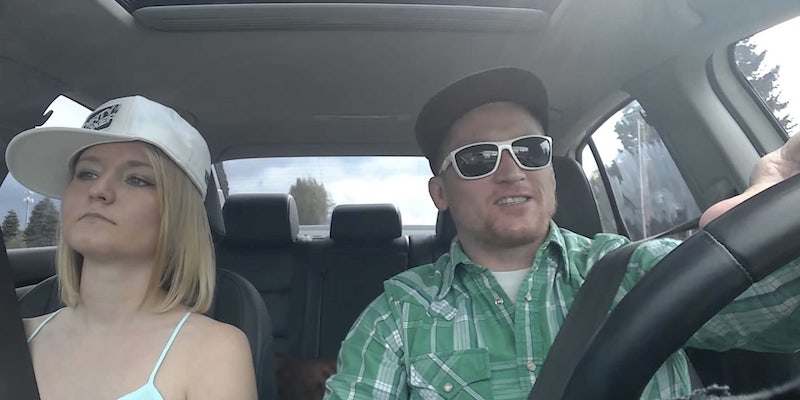 White people have ruined the ‘Fresh Prince of Bel-Air’ theme

This idea has been done to death—and then some.

Some moments in life are so meaningful and transcendent, they can’t be summed up with a simple statement—they must be expressed through a grand gesture. When you marry, you partner with your best friend for life. When you have a child, you extend your legacy at least one more generation. How does one mark such monumental events?

With a parody of the Fresh Prince of Bel-Air theme, naturally.

This weekend, an Oregon couple—the Meeks—saw their lives forever changed by “the little plus sign” that indicated they’d soon be “three, not a pair.” They donned snapback hats and sunglasses and told the world of the pregnancy with a new spin on Will Smith’s most famous rap single.

The Meeks’ special announcement is cute, but they’re just two of the countless white people covering Fresh Prince in celebration of important milestones.

The practice hit critical mass in February, when everyone’s favorite white rap enthusiast, Jimmy Fallon, marked his week in Los Angeles with the song. Fallon’s performance has since gotten over 9 million views.

According to Marshall “Eminem” Mathers, “Will Smith don’t gotta cuss in his raps to sell records,” which, along with relentless ’90s nostalgia, explains why the track is so appealing and appropriate for wedding proposals as well as weddings themselves.

You can’t just go throwing around Fresh Prince covers willy nilly; those words are only meant for use under special, family-oriented circumstances. Then, at least, the only thing anyone’s guilty of is having bad taste.