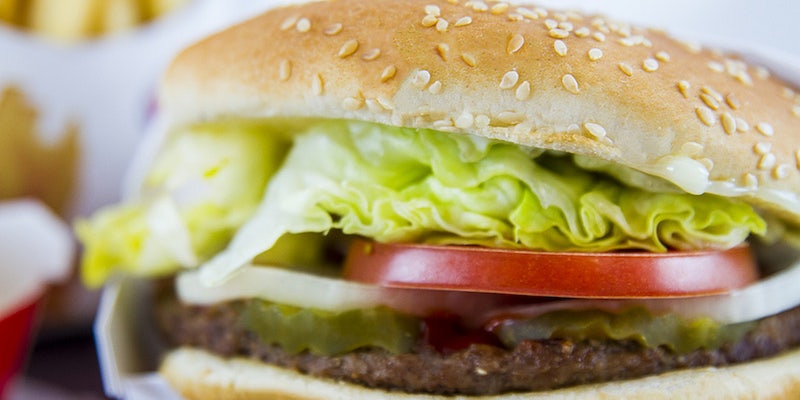 Someone just got flash-fried.

Burger King has a rough time on Twitter. McDonald’s dissed the fast food chain’s recent attempt at forging a truce through a Big Mac/Whopper hybrid, and the hottest costume last Halloween was the black-bunned Whopper that turned your poop green. The company has been called out for stealing jokes, and it’s done a solid job of infuriating Canadians.

Even when Burger King goes on the offensive and tries to have a little fun at another fast food joint’s expense, it gets flame-broiled into meat patty oblivion. The latest Burger King beef started last week, when Wendy’s innocently tweeted out the following promotional item.

The 4 for $4 Meal: a trayful of mouth-filling glory. pic.twitter.com/JjDOFZVXuP

Burger King entered the narrative with a subtweet that implied five of its items for $4 was a better deal than four Wendy’s items for $4 (monetarily, there’s little doubt that’s true, but as far as taste is concerned, well).

So good on you, Wendy’s social media team, because that two-word insult was brutal for BK. We suggest you celebrate with a refreshing Frosty.