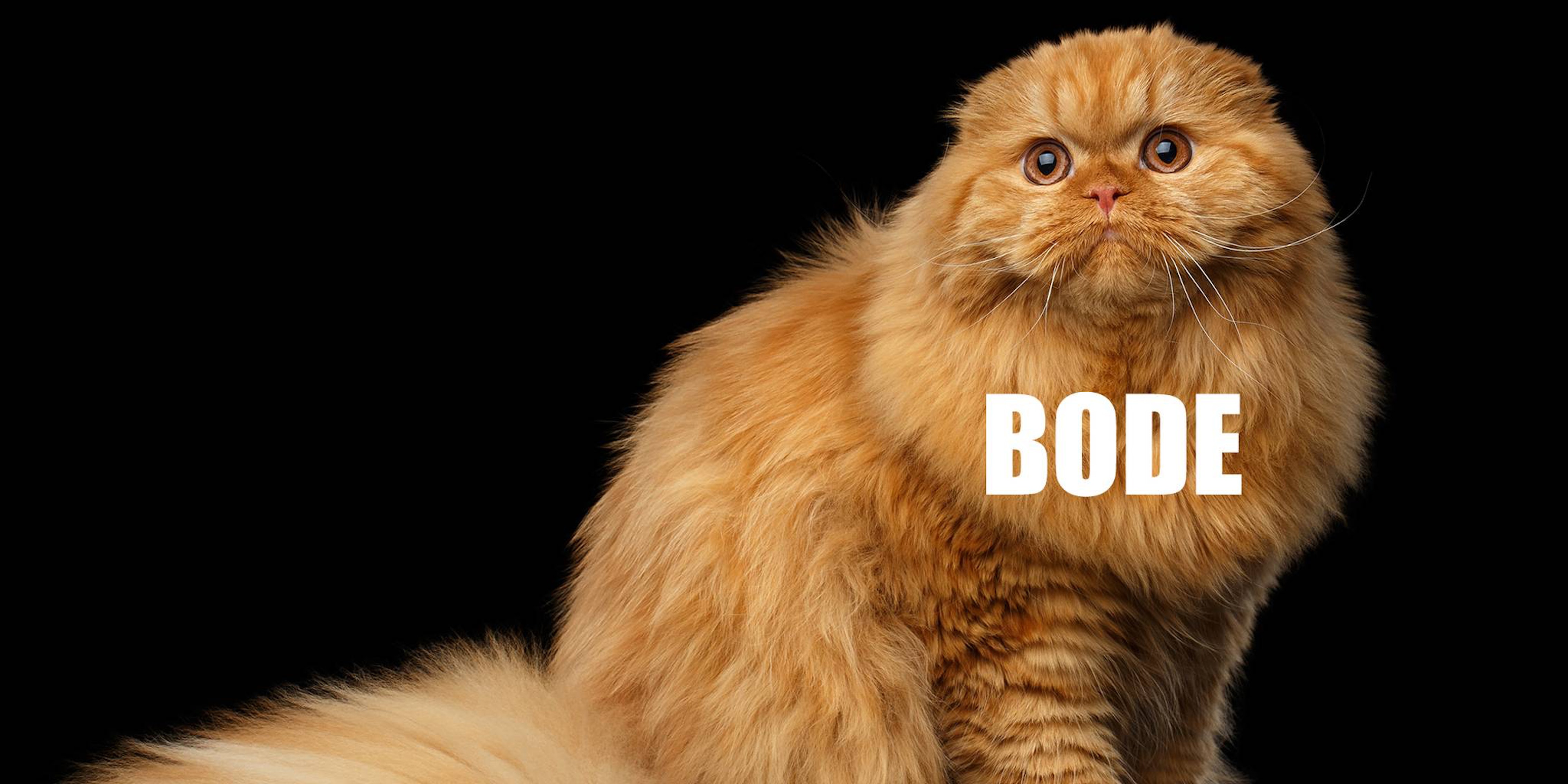 ‘Bode’ is the body-positive meme your fat cat needs

It came to Tumblr user loghain in a dream. They saw images of fat felines zoomed and cropped with the word “bodacious” shortened to “bode” plastered across them in all caps.

That dream became a reality shortly after the Nov. 27 post hit Tumblr. In the days following, the #bode tag has been used hundreds of times, with dedicated Tumblrs even popping up solely devoted to celebrating a shockingly body positive and radically pleasant meme still on the rise.

According to Know Your Meme, since posting that vision and accompanying example meme, loghain received thousands of reblogs and tons of attention, to the point that they’re on hiatus.

“Due to an outpouring of attention from the BODE meme that I accidentally created, I’m temporarily swapped URLs!” an archived post proclaims. It’s an ascent that mimics that of renaming fire ants as spicy boys. Both users posted of an errant thought (in this case, a dream) only to watch it take off in ways they’d never expected.

What truly makes bode stand out is just how wholesome it is. People love to show off their pets, and Tumblr has long been a nurturing space when it comes to body positivity and embracing aesthetics that don’t always conform with societal norms.

Sure, it’s just a meme about cute fat cats with the same Impact font and a shortening of a word. But the simplicity of bode is more a distillation of the good Tumblr has done online than a throwaway moment of hilarity. Follow your meme dreams, kids. And let’s end this year with a bode.