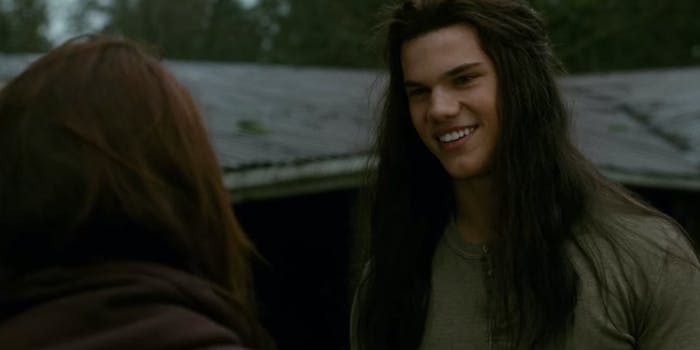 A throwaway line from ‘Twilight’ has become a viral meme

'Where the hell have you been, loca?'

The Twilight Saga is something of a goldmine for memes, whether it’s Edward (Robert Pattinson) and Bella’s (Kristen Stewart) facial expressions, the WTF factor that is the Renesmee doll, or our collective fixation on vampire baseball. But a throwaway line from the 2009 film New Moon is spawning cakes, shirts, tweets, memes, and plenty of remixes on TikTok.

While Twilight is centered around Bella and Edward’s newfound relationship, New Moon delves into darker territory as it explores Bella’s depression after Edward abruptly breaks up with her to “protect” her and the Cullen family leaves Forks, Washington. During that time, she purposely puts herself into dangerous, thrill-seeking situations so that she’s able to feel closer to Edward. About 35 minutes into the film, Bella gets ahold of a couple of old bikes and brings them over to her friend Jacob (Taylor Lautner) so he can help her fix them.

When she arrives at Jacob’s house, he runs toward her and gives her a big hug; he hasn’t seen her in ages.

Instead of asking how she’s been, Jacob’s concern is about where she’s been—even though he could’ve hypothetically found that out through his father’s friendship with Bella’s father. He also, for seemingly no reason at all, calls Bella “loca,” even though there isn’t really any reason for Jacob to call his friend “crazy.” And it’s not even really a line that has any real effect on the plot. Soon enough, Jacob will gain werewolf abilities, Bella will jump off a cliff, and Edward will try to take his shirt off and sparkle his way through an Italian festival to force the Volturi to kill him.

It’s silly and cringe-worthy, but for whatever reason, it’s endured among Twilight fans and even got a shoutout a couple of months back from the official Twilight Twitter account.

It’s also the kind of phrase that is easily adaptable to other memes and situations. For instance, it only took a bit of editing to place Jacob at the Met Gala or to make Mary Jane Watson defend him.

It’s even got a handy acronym that we might not even remember.

On TikTok, the riffs on “Where the hell have you been, loca” are even more creative. TikToker @yeehawgabrielle performed a cover of “Hey There, Delilah” that quickly morphed into a New Moon parody.

And not to mention homemade cakes and fan-made merchandise featuring some iteration of the scene. One shirt has Lautner’s face, a big pink heart, and the phrase “Bella, where the hell have you been, loca?” printed around it.

So where has Bella been? She doesn’t respond and instead immediately introduces the motorcycles she obtained to Jacob. And, more than a decade after Jacob asked it, we’re still waiting for the answer.