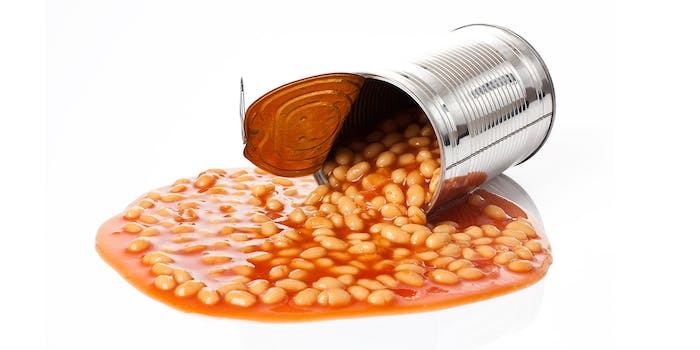 In apology letter, ‘Bean Dad’ says he regrets his anti-Semitic tweets, story about his daughter

He was just being ironic. Apparently.

In the inevitable, unwise conclusion to the Bean Dad saga, John Roderick has issued a 1,000-word apology via his personal website.

For those who’ve somehow managed to miss the story of the first main character of 2021, John Roderick, now forever known as Bean Dad, shot to fame with his 23-part tweet thread recounting how he refused to feed his child for six hours until she figured out how to use a can opener without any assistance or instructions. Shockingly, when people did a not-even-particularly-deep dive of his Twitter, Bean Dad was exposed for the second time as someone absolutely in love with using racial slurs and spouting anti-Semitic conspiracy theories.

Though he made a valiant attempt to double down and justify his behaviour in the face of the initial backlash, Bean Dad cracked and deleted his Twitter last night. But today, he released a very long apology for both his racist past and concerning parenting behaviour.

In the letter, Bean Dad apologized for “having precipitated more hurt in the world, for having prolonged or exacerbated it by fighting back and being flippant when confronted, and for taking my Twitter feed offline yesterday instead of facing the music.” He claimed that while the version of the story he told on Twitter didn’t reflect the reality—his daughter had snacks while she worked, there was a lot of laughter, etc.—and his “pedant Dad” character was exactly that, just a bit he was doing, he sees now that it reflected the reality for many abuse victims growing up.

Bean Dad went on to address his past use of racial slurs and anti-Semitism, as well as repeated rape jokes throughout his Twitter feed, claiming “all of those tweets were intended to be ironic, sarcastic. I thought then that being an ally meant taking the slurs of the oppressors and flipping them to mock racism, sexism, homophobia, and bigotry.” Eventually, he says, friends persuaded him that “my status as a straight white male didn’t permit me to ‘repurpose’ those slurs as people from disenfranchised communities might do. They were injurious regardless of my intent, because the words themselves have power and because actual violence is often prefaced by people saying, ‘I’m not racist, but…'” He says he has stopped using such language.

Not everyone believes his apology however, with some Twitter users saying his “fake” persona is too close to the reality of abuse for it to be a believable accident. Similarly, when it came to his love of racial slurs and bigotry, many aren’t buying that he ever truly believed he was fighting those things by using them ironically.

Meanwhile, in further bean-related news (just to confuse the timeline) British actor Rowan Atkinson, better known as Mr. Bean, has also released a letter today. Atkinson’s letter rails against “cancel culture” and so-called internet mobs, with the name and the timing leading many to confuse him with Bean Dad, and others to ask the question: Did he write this because he thought the nickname Bean Dad was about him?

And some enterprising Twitter users have invented the Bean Dad or Beansdale Test, which involves asking your father how he’d handle the situation of a nine-year-old not knowing how to use a can opener to see whether he is in fact a reasonable human being or an intolerable ass. Maybe that will be Roderick’s lasting legacy.